Zordon as a Christ Figure? 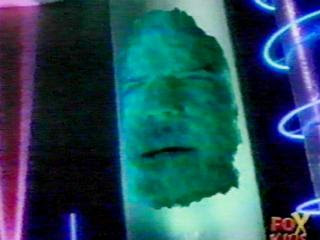 When we first met Zordon (Above is Zoltor from the original pilot episode), he was a giant floating blue-green head in a big tube with a booming voice. On the television show, he said he was trapped in a time warp by the evil witch Rita. According to some books based on the show, there was a coin toss between Zordon and Rita, in which she cheated in, rumor is that this concept was present in the Series Bible. Every television show, especially Children's programming has a Series Bible, which has guidelines to the show. In the "Green With Evil" saga, the Green Ranger cut off Zordon's communication with 'our dimension' and Alpha had to go through signals from dimensions to dimensions to find Zordon. Many fans want to compare Zordon to Jesus because both sacrificed themselves for the greater good. I use the term 'greater good' for the lack of a better common term between them without sounding sacrilegious. 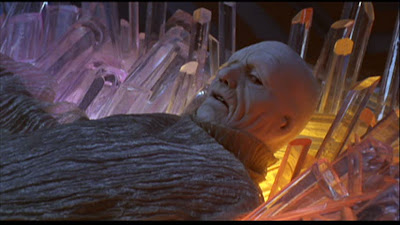 In the movie, when Ivan Ooze destroyed Zordon's tube, he was not in another dimension but was psychically inside of the tube. Now, it can be said that he was in another dimension and transported back to Earth when the tube was smashed. One thing that did carry on into the series from the movie was the fact that his home planet of Eltar. Eltar was first mentioned in the movie and then again in Power Rangers Turbo and Power Rangers in Space, when he moved back to Eltar. Also, the Phantom Ranger came from there and Zordon's replacement Dimitria and the Blue Senturion had to go back to Eltar as well by the end of Turbo. Now, in every classic story of a hero's journey, the mentor must die or be incapacitated in some way, so the hero must go at it alone. In the movie, he was incapacitated. 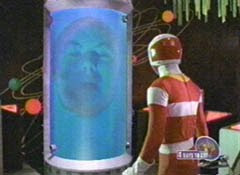 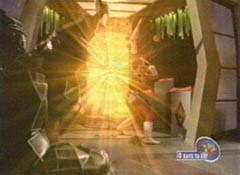 Zordon in his tube was physically moved from planet to planet by the forces of Dark Spectre. God in the majority of popular religions has a big booming voice and omnipresent. Zordon is always a source of knowledge and powerful. Now why would Zordon be considered Jesus? Because of his sacrifice? Zordon was betrayed by Rita, but in the tube; Zordon was sacrificed, destroyed by Andros in order to save the galaxy, destroy the villains of the past years. I don't see him as a tragic figure. Unlike Jesus, Zordon was never resurrected.

UPDATED 6/15/10
If at most, Zordon can be seen as god, with the booming voice, imparting wisdom and omnipresence (viewing globe, knowledge of all things, etc.). In fact, maybe in part of Zyuranger's nature (the Megazords were 'gods'), Zordon is a lot like the modern western view of God because he would send down the Power Sword from on high for the Megazord to use. Jason would have to call upward to Zordon for the sword. I was raised Catholic and when I first heard that the zords were gods in Zyuranger, I was 14 and found it sacrilegious. But, now at 27, I have more understanding of things and see the dinosaurs gods in par with say, Zeus and Roman/Greek gods. They were also portrayed as vindictive and fickle. Anyway, I digress, because Zordon was not resurrected and didn't walk on water, he has more in common with God than with Jesus. 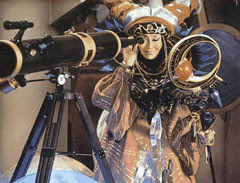 Rita Repulsa can be seen as both the Devil and a bit of Judas. Judas was Jesus' ally and then betrayed him. Rita wasn't Zordon's friend, that we know of, but did betray him. Rita 'allured' Tommy to the dark side like the mythos of Satan. He manipulated him more than anything, against his will. Rita has parallels with Pandora's Box, where the astronauts opened her canister. In Season Two, she was banished by Lord Zedd, which has happened before in myths and legends. Her deception continued when she returned and put Lord Zedd under a love spell and married him, in order to consolidate her power. Rita became good due to Zordon's sacrifice and became the Mystic Mother, a road of redemption, the opposite of Darth Vader. Of course, Lord Zedd can also be seen as the Devil.

Dimitria covered her face, wearing something similar to a Niqāb. We all know now that this was because she was played Carol Hoyt, who also played Divatox until the other actress came in. But, she makes me think of Mary Magdalene, who was there for Jesus to the end. Mary Magdalene was misconstrued (including by me) as a prostitute for many years but the Vatican retracted it in 1969--I researched this. Mary Magdalene was considered 'apostle to the apostles.' Dimitria was Zordon's trusted friend and Divatox was the condemned one, she later became good once again but they were twin sisters (even if not stated on the show). In Power Rangers, there is history of redemption---Tommy trying to make up for the bad he did and coming out a hero. 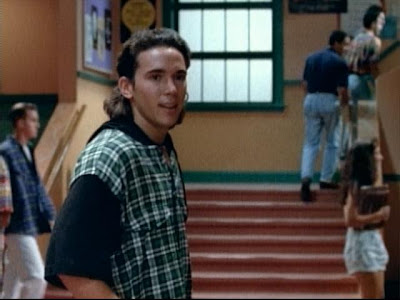 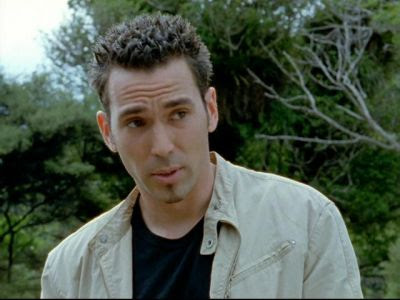 Tommy Oliver I would equivalent to Obi Wan Kenobi in Star Wars. Both started out as young warriors with a mentor (Quai Gon Jin and Zordon) and then became a warrior on their own and then later became a mentor themselves (Star Wars 3-6; Dino Thunder). The difference here is that Tommy once worked for the dark side. So, sort of a reverse of Darth Vader. He had to work for his redemption. Sure, it wasn't Tommy's choice to be evil but he had to go through his own hero journey when the Green Candle came in play and he lost his powers. He was given the White Ranger powers as reward for his valor and hardship. Tommy had to 'earn' his new powers. He then went on to teach others and save the day without his mentor Zordon. It spoke volumes when Trent was the evil White Ranger and Ethan asked Tommy if the White Ranger was meant to be evil, he said 'It wasn't supposed to be that way." As Zordon said the white powers were of purity. I think Green being evil in the first series was interesting, green is the color of greed and allure. 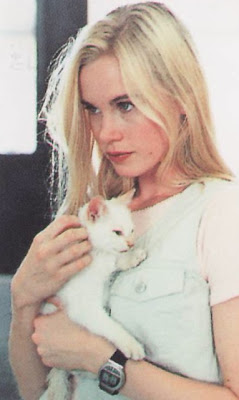 Katherine had a similar story to Tommy, as she was manipulated by Rita and turned evil, but she would slip in and out and had a moral dilemma. She snapped out of it when Kim got hurt, which she was to cause. Because of her, Kimberly was loosing her powers. Kim and Kat shared much of the journey that Tommy went through but longer. So Kat later redeem herself and showed she was worthy of being Kim's successor.

As you can see, I not only compared the characters of Power Rangers to people from the Bible but also from characters of popular mythology.


"The Power Rangers inhabit a universe of moral clarity, with sharp boundaries between right and wrong and no ambiguity about what is good and what is evil. Christians should applaud the clear-cut moral universe of the Power Rangers, in which absolutes are real and worth fighting for." "Though the Power Rangers often give heavy-handed lessons about eating healthy food, going to school, and protecting the environment, they seldom model the deeper inner virtues."
-Marvin Olasky, Telling the Turth

Posted by Lavender Ranger at 4:23 PM

thats cool, i'm christian and i have never thought of that!