UPDATED 2pm EST
Here are some random people who became a ranger for one episode in Super Sentai. I'm sure there are more, I just don't know any, so please post the ones you remember and I will post them here. I am not including Shinken Red (Karou) or the Ranger Captain/Time Red. 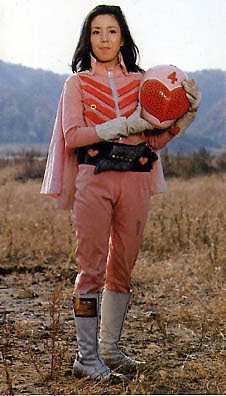 Agent 007 (Yuko Katō)
She is part of a trio, They usually acted behind the scenes but occasionally helped the Goranger team in some of their missions. 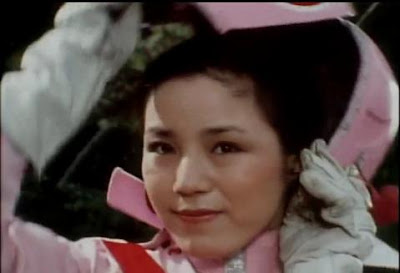 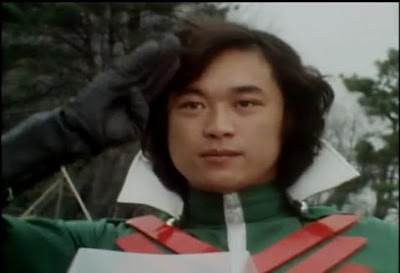 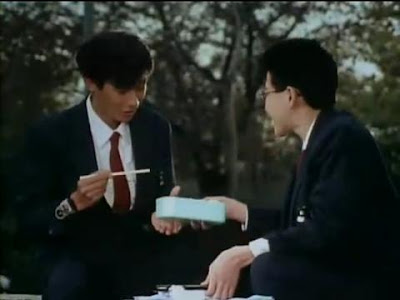 Ken-ichi Yamada (Turboranger)
Ken-ichi Yamada, a nerdy friend of Yohei Hama (Blue Turbo) who appears in Episode 42. He finds out that Yohei is a Turboranger and decides to steal his bracelet to become a superhero. 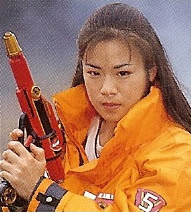 Mizuki Kido (GoGoV)
Mizuki Kido, Matsuri's dear friend, who had been injured and looked to be crippled, showed up in Episode 9. An accident with the monster of the week transferred GoPink's powers to her, and she had to fight as one of the Gogofive, until she was successful in returning her friend's powers. It reawoke her own courage, and she went at her rehabilitative therapy. 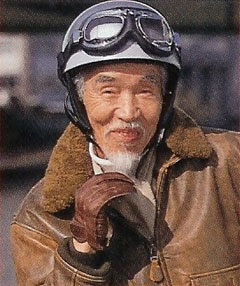 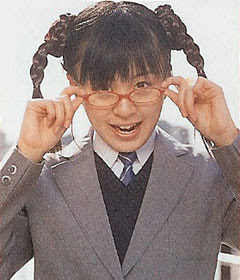 Ryuunosuke Sugishita and Emiri Imanaka (Abaranger)
When they first met Asuka in the first episode, they almost transformed into Abare Blue and Abare Yellow respectively but the Dino Guts or whatever rejected them. This propelled Emiri to wanting to be the Pink Abaranger.

Posted by Lavender Ranger at 12:20 PM

The guy in Turboranger was Ken-ichi Yamada, a nerdy friend of Yohei Hama (Blue Turbo) who appears in Episode 42. He finds out that Yohei is a Turboranger and decides to steal his bracelet to become a superhero. Here's a link to the episode.
http://supersentaiseries954.blog77.fc2.com/blog-entry-154.html

I don't know if there were others in Japanese super sentai, but I do know there was albie in an episode of masked rider, sky becoming red SPD ranger in the battlizer special, sensei becoming red and yellow ninja storm rangers, many instances in 555, the assistant guy becoming zolda in ryuki, Maya becoming syren in dragon knight, kengo becoming ixa, otoya becoming dark kiva, and younger ryutaro becoming mini den-o, and akiko becoming w in ep29

Turns out all five Gorangers were substituted in Episode 37, not just Momoranger. The other four guys were nameless members of EAGLE. The Midoranger substitute in Episode 58 is a different EAGLE member from the one who appeared in 37.