How past cameos work on Gokaiger so far

It has come to my attention that some fans don't watch Gokaiger and are a bit confused as to when these cameos of past Sentai heroes happen and how it works. So far there doesn't seem to be a pattern for the movie but there does seem to be a clear pattern for the series itself. Let's look at the series itself, mind you this is just a theory and it is subject to change or have variations. Fans believed at first it would just be one hero per series to appear in one episode but it seems to be random numbers, because it varies on the availability of the Super Sentai alums. Some have more open schedules than others. Because all past characters have no powers now, they only appear in human form. This can have more leeway when adapting it into Power Rangers, as they can get any actor available and it doesn't have to be the same color. 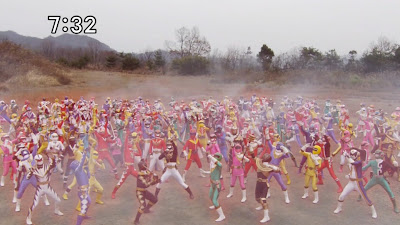 Episode One had the Legend War, no actors were actually seen. Many past suit actors reprise one of their roles. 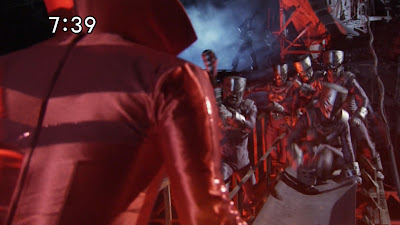 Episode Two saw a brief cameo of Aka Red, a character introduced solely for the 30th anniversary in Boukenger VS. Super Sentai. He appeared in a flashback but we don't see his face. 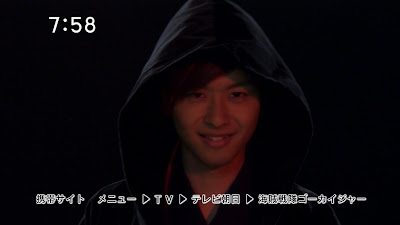 Episode Three saw our first Sentai alum. Atsushi Hashimoto as Kai Ozu, his sky saint Frajel made a cameo. Kai taught Don about 'Courage' and they gained the Magi Dragon. They saw the MagiRed helmet appear superimposed over Kai. Episode 4 was a Gokai Blue episode and had no alum or past power. 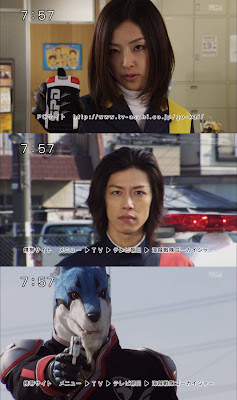 Episode 5 saw three returning Dekaranger. Doggy Krueger's suit actor and voice actor returned and he was in the majority of the episode. Jasmine/Deka Yellow made a cameo in the beginning and Ban/Deka Red made a cameo at the end. Marvelous say Deka Red's helmet appear superimposed over Ban. They received the Pat Striker and made Deka GokaiOh. 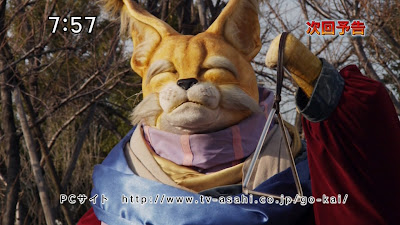 Episode 6 was a GokaiYellow episode and had no old power or alum, some believe it had Kamen Rider references. In Episode 7 this Sunday in Japan (Saturday for us), Master Shafu and Jan are set to appear. The GekiBeasts are set to come out of GokaiOh but no new formation will be made as there is no toy. 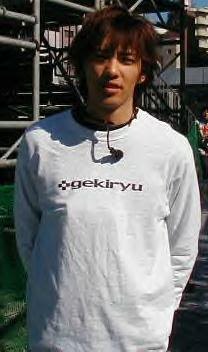 GaoRed's actor Kaneko Noboru confirmed to appear in Episode 9 for when the Gokaiger gain GaoLion and form Gao GokaiOh. Above is an old photo.

So for the series, it seems that one episode they have a alum, gain a new power and the next they don't, a ranger-focus episode. Most of the alum episodes do have ranger-focus too. For example, Episode 3 where Kai comes in, it is Green's episode and Episode 5 was Red focus. And Episode 7 seems to be a Pink/Green focus. It seems that with past alums, it doesn't matter how many there are but there has to be at least a Red one. Let's see if they break this rule later on. Because if Ryou (Ryuuranger of Dairanger) is appearing in the movie, I wonder if he will also appear in the Dairanger-focus episode.

As for the Movie: 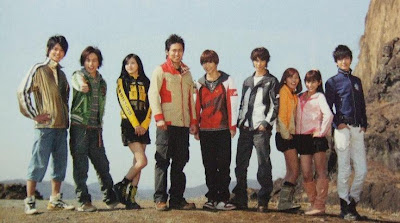 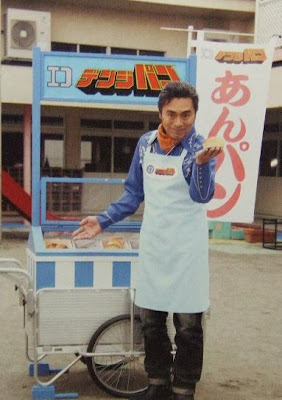 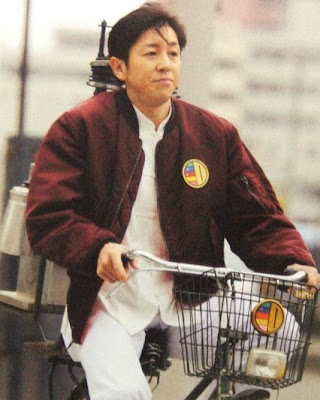 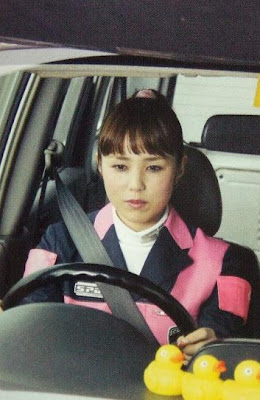 Oume, Ryou, and Umeko are set to return for the movie too, I think they are just quick cameos.
Posted by Lavender Ranger at 8:06 PM

I do wonder if for the focus of the Sentai that has their Ranger already retired from showbiz (eg: Ryosuke Kaizu AKA Red Mask)... I wonder if they'll be forced to resort to replacement actors? Or pick another color in which the actors hadn't retired?

Maybe they will use another actor or resort to in suit, I doubt they were re-cast people, because so far they are using the same actors.

Yeah, it doesn't look like they're recasting actors. If they can't get someone, I guess their characters ain't coming unhenshined. It should be interesting if Ryuu Ranger does appear in a Gokaiger episode after this. Then again, movie mecha and weapons do appear in the later part of series, so it wouldn't be a surprise if he comes back.

Also, I slightly disagree with Lavender Ranger saying this movie means there won't be a Gokaiger vs. Goseiger film. Mainly because I think this film is the Gokaiger vs. Goseiger team-up. Yes, it's not the regular time for a team-up and there are going to be a ton of other returning Warriors. It sure as heck doesn't have the normal name for a team-up. However, for all intents and purposes, this is the team-up we shouldn't have gotten. The Goseiger are the only Warriors who seem to have equal screen time to the Gokaiger, they do seem to henshin while we have no (hard) evidence of the other returnees doing, and their name is in the title. It may not be the official team-up (that being saved for expected Gokaiger vs. Super Sentai), but I think it is the team-up we shouldn't have gotten.

On one last note: Lavender Ranger, thank you for answering the question that's been bugging, if Hideaki Kusaka reprised his role as Doggie's suit actor. I figured he did, since he was already on the Gokai cast. I'm just glad for confirmation. :)

i doubt that they'll redast any sentai since they just have that certain look. their just lucky none have died yet.

kinda was thinking that they'd arrange it arround the old cast's schedule. if they go the same way for the adaption they better work arround the schedule for the past rangers.

So far, it seems that the rule is "Just the reds, but we'll make an exception for Deka only for reasons unknown." If it was availability, it'd be an amazing coincidence that MagiRed, GekiRed, and now GaoRed were the only Rangers from their series were available.

[Shakes head] Red's a pretty color, but dammit, TOEI, whoever told you that means fans don't give a damn about anyone but the reds lied.