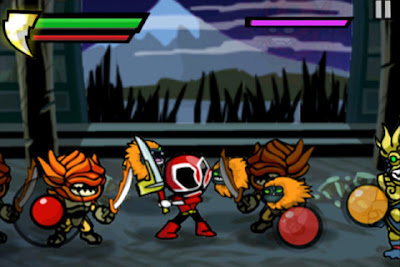 
LOS ANGELES (July 16, 2011) To celebrate the launch of over 700 episodes from the enduringly popular Power Rangers television series streaming from Netflix, Saban Brands is making its first ever Power Rangers game for iOS available for free on Apple’s iTunes® Store from June 15 through July 15, 2011. The all-new interactive adventure game Power Rangers Samurai SMASH features the star characters from “Power Rangers Samurai,” the latest incarnation of the global phenomenon, which has been an overwhelming ratings success since its debut on Nickelodeon in February.

“We are thrilled to be able to respond to the millions of Power Rangers fans who have been asking for these classic episodes for years by making them available on Netflix,” said Elie Dekel, President of Saban Brands. “And as a special thank you for their patience, we’re happy to provide our new interactive game for free.”

Every classic episode from the 17 year run of the world’s most successful kids action series is now be available for fans to view any time—from the original “Mighty Morphin Power Rangers” to the futuristic “Power Rangers RPM.”

Posted by Lavender Ranger at 10:56 PM