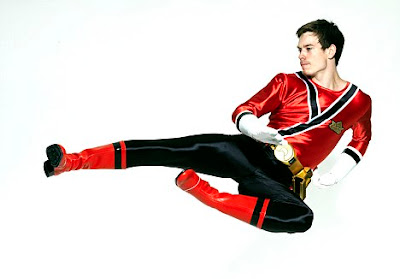 The 20-year-old British Taekwondo champion Aaron Cook from Dorset was rated as one of Team GBs strongest gold medal hopefuls for next year at the ExCel Centre, is keen to emulate his European Championship success in front of his home fans in 2012. And in a bid to raise his profile ahead of the Games. Cook has become the first ever honourary member of the popular kids TV show. 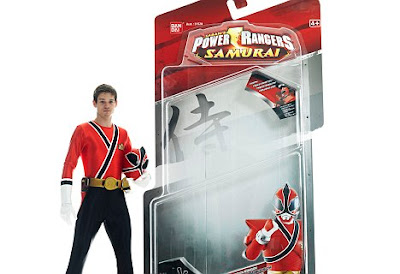 Cook will be exhibited in front of hundreds of Olympics fans at London's Westfield Shopping Centre on Friday - as a real-life action figure to mark the launch of the new Power Rangers Samurai. 'I’m hoping that by joining the Power Rangers I’ll help to inspire British children to follow in my footsteps, which will hopefully include a medal at the London 2012 Olympics,' said Cook. 'I was mad about Power Rangers as a kid so my parents took me to a local Taekwondo club in Dorchester where I fell in love with the sport. The rest, as they say, is history.' 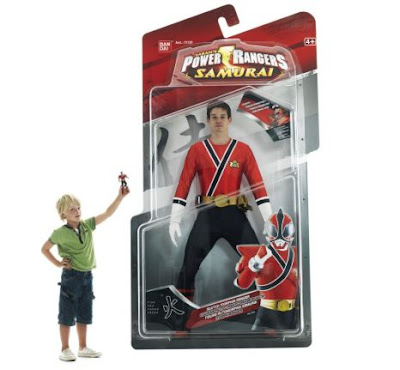 I personally think this is the best idea ever. The box was a 9 to 10 feet tall replica toy box. 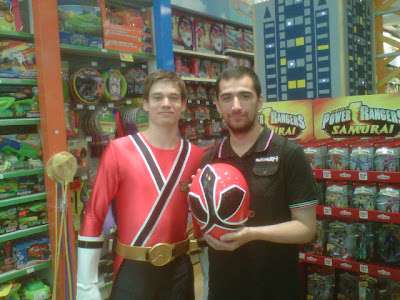 Such an awesome idea. I normally don't watch the Summer Olympics because the athletes don't have as much awesome toku-esque gear as they do in the Winter Olympics, but I'll definitely watch this because this guy's hot and YES FOR ONCE IT'S NOT MMPR!!!!!!!!!!!!!


I love the beautifully surreal almost bondage-like idea of the toy box or whatever.

Nice Post!!
Martial arts offer self defense in crucial circumstances such as may be proficient in facing dangerous, aggressive and bullying situations.
Martial Arts Sydney