Maybe this is old news. I've been cold with sore throat, so that's my excuse. 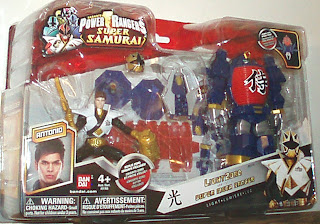 So we have seen Super Mega Gold in toys for a while but we have never seen a picture of the suit before. So we know that Bandai is not going to make a suit just for one photo. Fans have been wanting to see Antonio in super mode. We know Super Shinken Gold appeared in Goseiger vs. Shinkenger, but they don't have to use footage from that, they can just put the vest on Gold. Also, if there is Super Mega, we know there will be Super. Not sure about Shogun but this is exciting. I guess Saban Brands have been keeping it a secret until now. A new teaser for the fall did show Shark Attack Green (which is from Shinkenger footage). 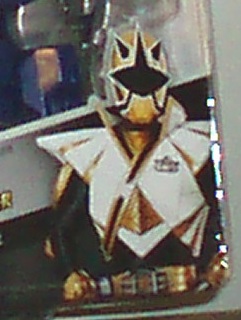 Posted by Lavender Ranger at 11:10 AM