Can a Girls Line for Power Rangers work? 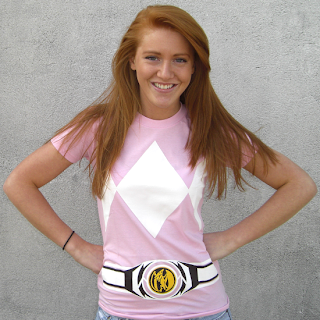 I was tweeting and e-mailing PR fans about the idea of a girls merchandise line of Power Rangers. I also mentioned it with my friends at Power Morphicon. I remember the "Power Rangers for Girls" dolls but some people feel that those focused only on Pink and Yellow, that they focused on beauty, fashion and so forth. 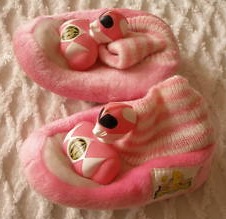 Back in the day of Mighty Morphin Power Rangers, there was not only dolls and shirts but also pajamas, slippers, Birthday invitations, walkie-talkies, jewelry and other things. But of course all of this came in pink and yellow. One fan mentioned that girls not only liked Pink and Yellow. I agree with this. 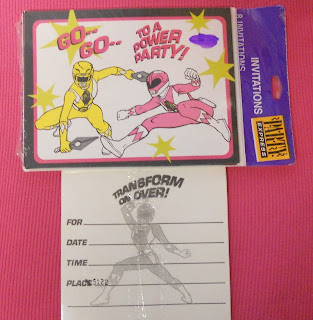 Just like with Power Rangers items aimed to boys like the book bags, t-shirts, other clothing, lunch bags, notebooks and party supplies that only have three or four male Rangers, companies might think Girls only want Yellow and Pink in their merchandise. 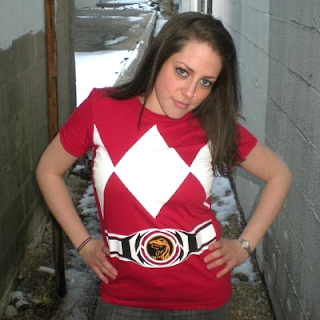 When Disney licensed the adult T-shirts that looked like each Ranger, there was red available in Women's sizes and pink available for Men. But at Hot Topic, they only had Pink and Yellow in the women's section and the other four in the men's section.
In the Disney era, it was rare to have the females in any other merchandise. Mystic Force plush dolls had all five just like now with Power Rangers Samurai and also small plush figures. For Power Rangers Samurai, it seems they are being more inclusive like back in the day of MMPR. There is more available, and that is great. But what I think what fans want the most is more figures from Bandai.

Fans are happy that the Yellow Ranger has figures in the MegaBloks line but not so much about Pink. That each Ranger gets a zord set and a hero pack (with cockpit) except for Pink. Yellow gets her zord but not Pink. And so far, it looks like Pink is only getting three figures (Mega mode in blind pack #1, regular form in blind pack #3, and Super Mega mode in Megazord bonus pack) while Yellow has around four or five. MegaBloks has no plans to make a pink Turtle Zord nor a hero pack with cockpit (even though her cockpit is available in the bonus pack). 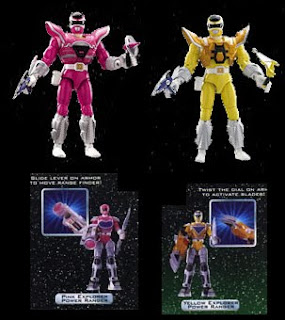 And as for battlizers, which are usually coveted for Red Ranger (on the show, but now we had Blue and Pink on Samurai) and the male Rangers get their versions in the toys. We got to see promotional photo of Yellow Shogun and saw Pink Shogun in action but none got toys. But in Lost Galaxy and Power Rangers in Space, there were toys that had armors. As for Samurai toy line, we got figures of the girls in regular, Mega and Super Mega but not Super mode. And we did get a figure of female Red Ranger but it was only available in the United Kingdom. 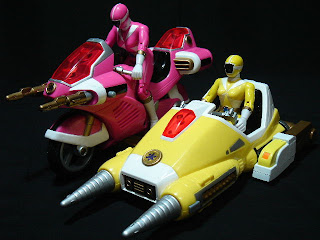 So what fans want are more girl toys in the regular toy line but Bandai knows they don't sell as well as the boy toys. I know this too. I see the girl toys sitting on the shelves. Rita is also sitting there. But it would be nice to have more variety like back in the day. Girls got cycles, armors and sets. I say more girls merch because little girls like Power Rangers too and clothing would be cool. Maybe if the clothing was more unisex and had the whole team instead of just pink and yellow. Luckily coming up with Megaforce, there will be clothing of the pink and yellow  Rangers solo. But Go-Busters (2012 Super Sentai) has only one female and she is yellow no pink. Most likely Go-Busters will be adapted for 2015. 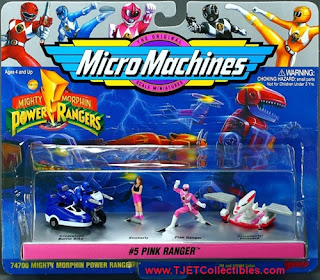 I also say that if they do dolls and merch for girls, they should have them in girls aisle. I think the reason the 'Power Rangers for Girls' toy line did not survive because it was in the boys aisle. They had planned three Zeo Ranger dolls (including Tommy the Red Ranger) but it never happened. That would had been cool. Above is a picture of the Micro Machines Pink Ranger back in the day. 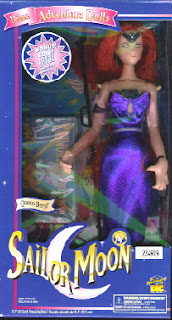 I think more girl toys will sell. If they made cycles and armored figures, they could make a few of them like they do now with the action figures. If they don't sell enough, why not make a whole section in the girl's asile? I know girl superheroes don't sell well (look at Golden Girl, Princess Gwenviere, Sailor Moon, etc.). Or maybe have a limited amount of girls toys but as collectibles or chase figures (like Deker, Camile and other figures that were sold in small quantities). I think an aggressive sell of a girls toy line (one that looked identicial to the regular toy line but in the girls aisle but centered around the female Rangers) would work because Power Rangers is an established brand. It is too bad the female Red Ranger comes in the tail end of the series, because it would had been nice to see a toy line headlined by her. Little girls love Power Rangers. Girls at school are always telling me how they love PR. And I know fellow Power Force member Joe Rovang's girls want superheronies too.

I wish they had more girls merchandise. I walk down a toy isle and it's spammed with Red, Blue, and Green. I think "this is sad" because I would be ecstatic if there were more girls toys. When that rare occasion comes along where a girl does FINALLY get a special toy like a cycle or Battlizers I snatch them up as soon as I can. I once even met a little girl looking at Power Rangers toys and she was sad there was so little girls stuff. I agree completely. They need to start making more of the girl Rangers. Cuz little girls actually do look up to the girls as role models and heroes.