﻿
I have done posts on toys that were not released, they were planned but never appeared in stores. Sometimes toys are planned, they make the prototype, even have it in the back of the box or toy listing but it doesn't reach stores. I decided to do this post for Samurai and Megaforce. First I will cover toys that have not been released and since they are doing Super Megaforce, they might not be. Then later after I will do toys that had limited release in the past two years.﻿ 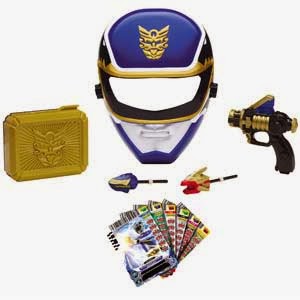 Blue Ranger Training Set
While the Training Gear has appeared, the Training Set has not. This is common to non-Red Rangers, sometimes they don't get release. Probably because the red ranger training sets didn't sell well. I barely saw Robo Knight sets in stores but plenty Red. 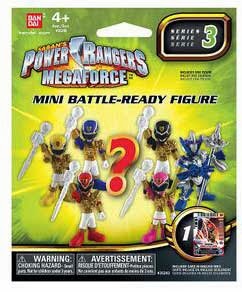 Mini Battle-Ready Figures Series 3
I do not know why these were not released. I think Series 1 sold well. Fans were confused to not see Series 2 in stores. More on that later. Most likely we won't see these because Super Megaforce toys coming out. This would had have Ultra Red, Blue, Black, Pink and Yellow; Vrak, MM White Ranger, MM Armored Red Ranger, MM Dino Megazord and Dragonzord Battle Mode.

Mighty Morphin Legacy Mask Collection
This would had been Metallic versions. Since I see this A LOT in Toys R Us stores, I guess they didn't sell well. I didn't buy them because they were a bit too pricey for my taste. They should had released them individually like in Japan. 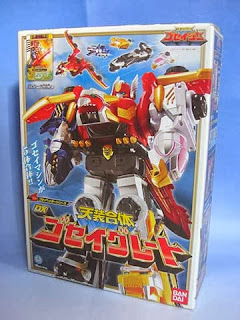 Gosei Great (Original)
Since they released ShinkenOh (Samurai Megazord), Bandai was planning to release the original Gosei Great. But they have not. They could still do so. But since I seen the ShinkenOh warming shelves, most likely they canceled it. 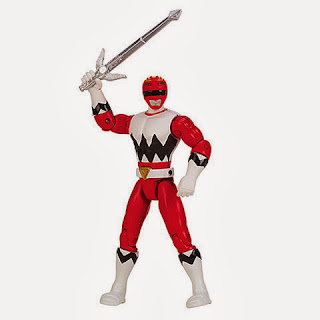 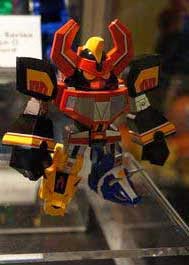 Tokyo Vinyl Dino Megazord
Megaforce Black, Robo Knight, and MMPR Red Ranger are also planned but they showed up at an Art show. But Dino Megazord did not. It is unknown if they will all be released. 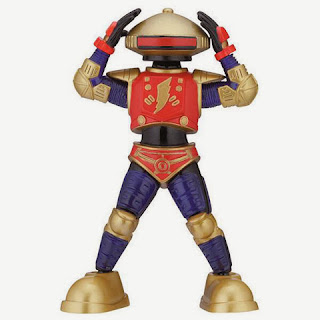 Alpha 5 and Zordon
This 2010 MMPR figure was set for a re-release but unknown if it will be released. 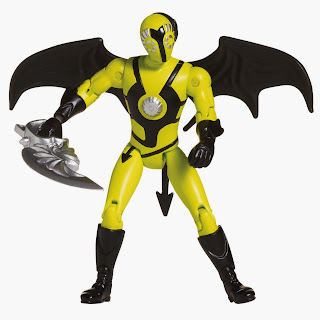 Loogies
These figures were only available during the summer at CVS Pharmacy. Most CVS Pharmacy had one Loogie at a time. It had a very limited release at Target only for a few weeks. Some cities didn't even have them. 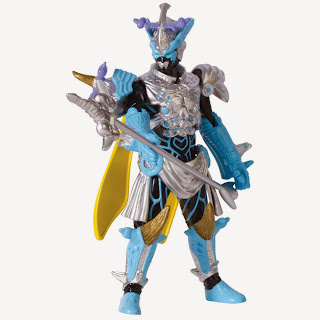 Vrak
These figures were only available during the summer at CVS Pharmacy. Most CVS Pharmacy had oneVrak at a time. It had a very limited release at Target only for a few weeks. Some cities didn't even have them. But luckily Vrak was available with the other Rangers in a pack at Toys R Us. 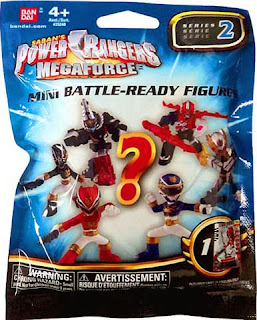 Mini Battle-Ready Figures Series 2
It was only available on online stores like Amazon and Entertainment Earth. It was also seen at Tokyo Pavilion of Epcot at Walt Disney World. This has Gosei Grand, Gosei Great, Red, Black and Blue Rangers and Robo Knight and MMPR Blue, Green, Yellow and Alpha. 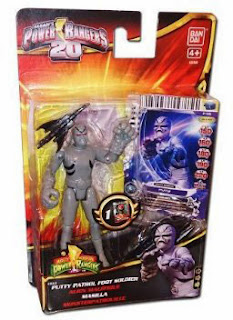 Puty
The 2010 Putty Patrollers got a re-release but apparently only in the UK. Also misspelled 'Puty' on the card. 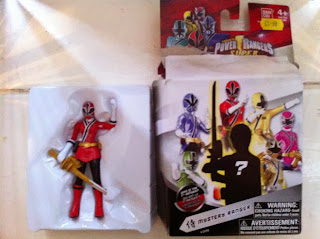 
Related: http://henshingrid.blogspot.com/2009/06/planned-but-never-released-power-ranger.html
Posted by Lavender Ranger at 11:43 AM

I thought series 3 of the minifigures and the Legacy Mask set got limited releases in the US.

Series three got released in the UK limited. And the Legacy Helmets are still available at TRU. Just not the metallic variants.