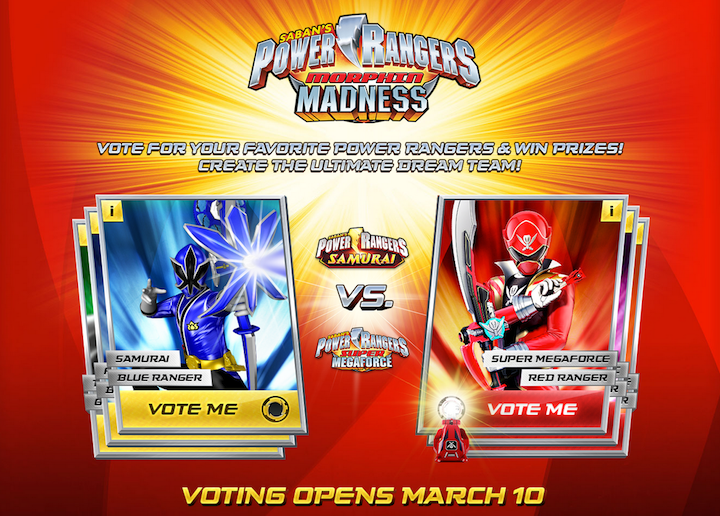 http://www.morphinmadness.com/
With March Madness, Power Rangers have their own madness called Morphin Madness. They want you guys to vote for your favorite Ranger. It is bracket-style, it gives you the chance to 'choose the ultimate dream team.' They pair different seasons against each other, sometimes by color, sometimes if they were Sixth Rangers. Voting starts Monday at 4PM Pacific Time, March 10th through Monday April 7th. So why should you vote? Well for one thing, they have awesome prizes at stake. 1st: When you vote, you can instantly be rewarded with coupons for new Bandai toys from Power Rangers Super Megaforce. 2nd: You have a chance to possibly win the grand prize which is a Limited edition 24k Deluxe Legendary Morpher and an exclusive Legendary Ranger Keys set of the winning Rangers, as voted by the fans. Voting is daily!

I want Phantom Ranger and Titanium Ranger to be two of the winners!