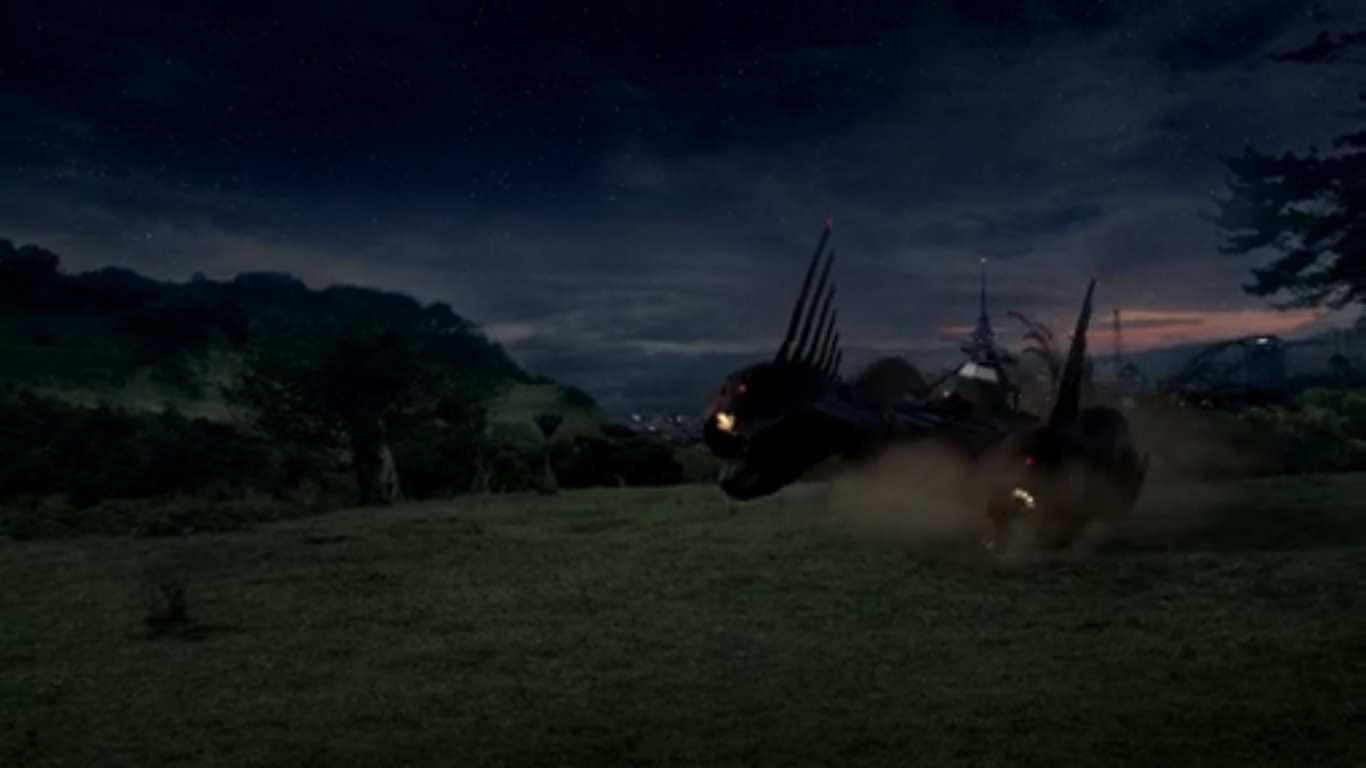 A car drives at night. A space ship goes by that looks like a comet. It crashes, it looks like the enemy ships. Gosei tells Tensou something crashed not from Earth. The ship opens and a man gets out. We don't see his face. The opening sequence runs. Meanwhile in the evil ship, X Borgs are sent to the planet. Vekar wants no general. Damaras and Levira disagree. 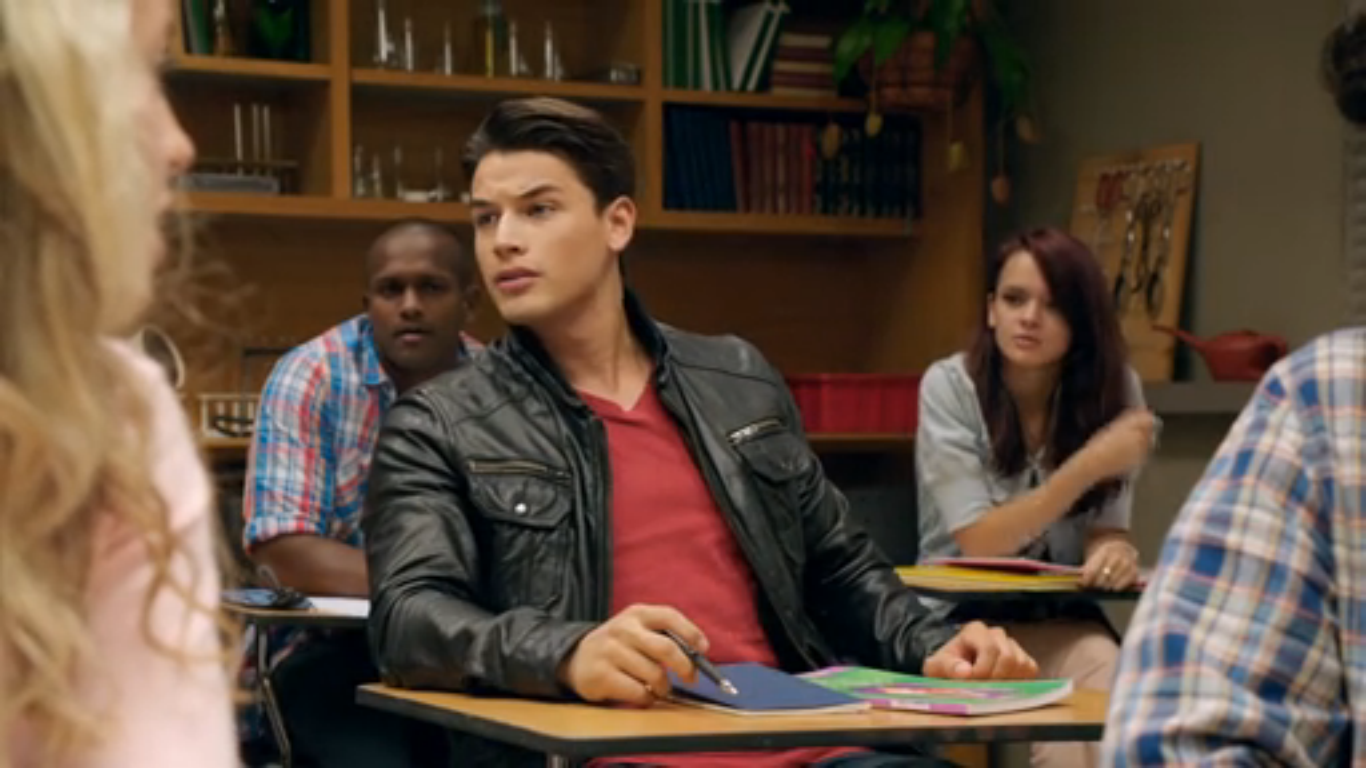 At the high school Mr. Burley talks about how normal events are remarkable because everything they faced. A girl says thanks to the Power Rangers. Troy says they did their part but when it came to rebuilding the school and city, it was regular people. The students clap. X-Borgs shoot randomly at some construction workers. School Bell rings. The Five hear their Morphers and go outside. Gosei and Tensou see Troy on their screen and Tensou tells them of the warehouse district. The Rangers arrive and find the X-Borgs already been beat up. Tensou tells them of another attack, they run down. Vekar is mad. The Rangers arrive to more beat up X-Borgs. 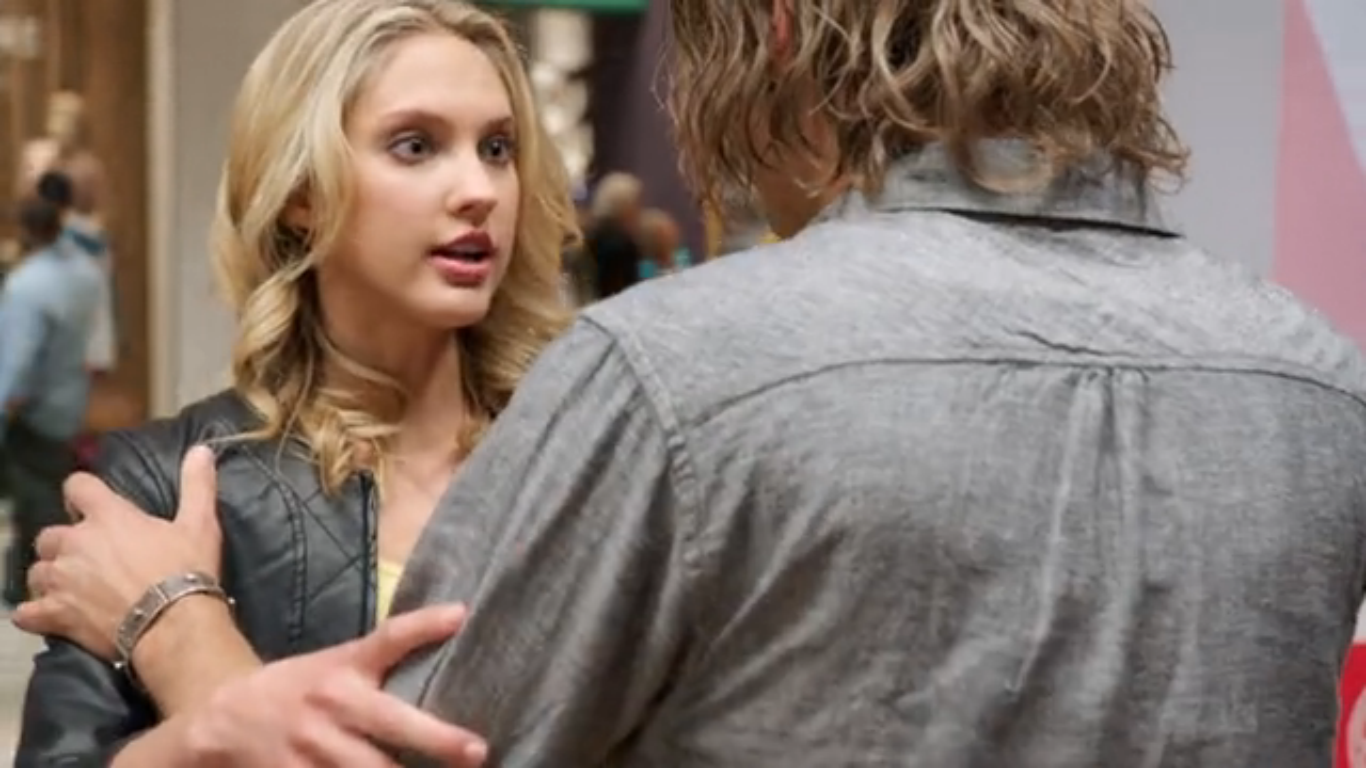 They go to the mall, Gia bumps into a guy with long hair and silver clothes. The others wish they know what was going on. Troy offers to pay all for five. Jake says he'll do it if he gets money. Troy tells the others Tensou called. 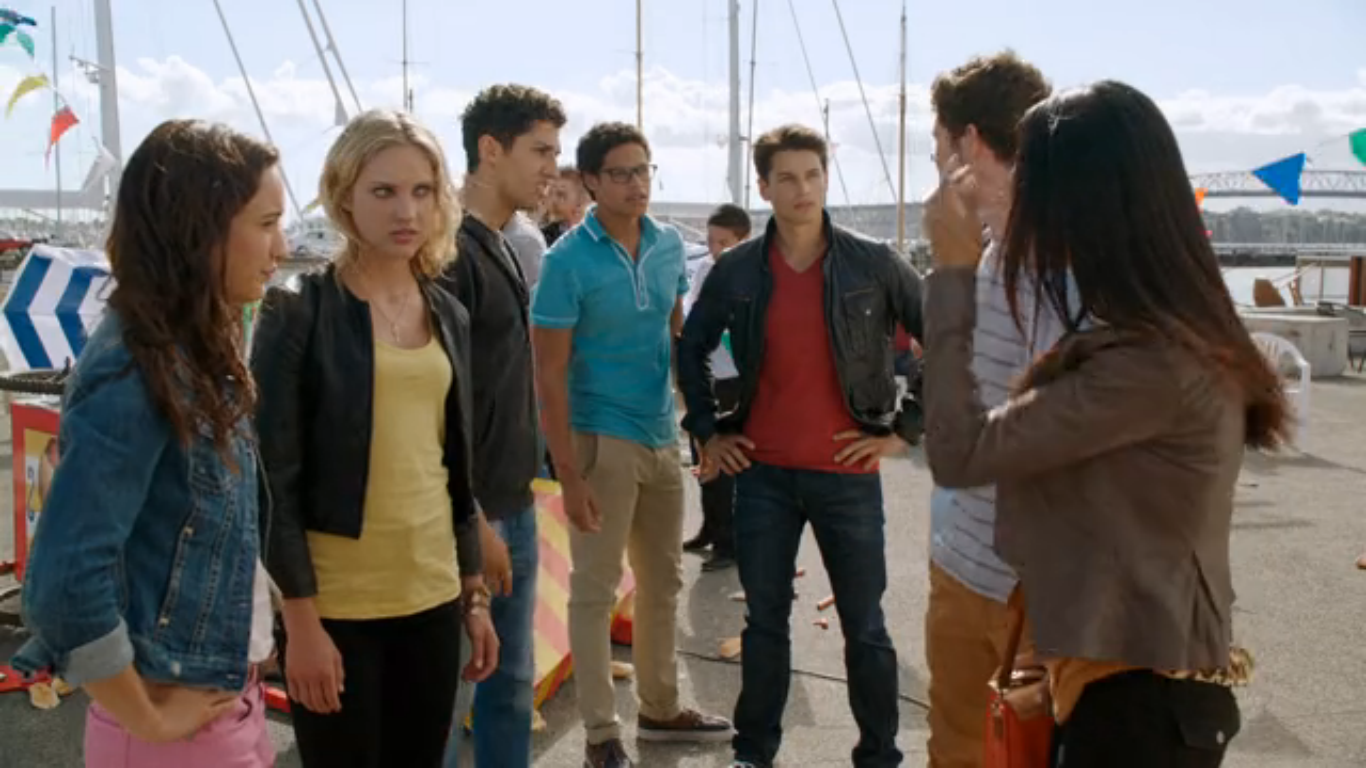 They run to the site and once again, the X-Borgs are already gone and people are fixing up. The Rangers help. Damaras and Levira want to send a commander and new plan, Vekar repeats this. Gosei and Tensou have no idea who it was. The Rangers talk to witnesses about who saved them--- a 'Silver Ranger.' This shocks the others. Commercial Break. Jake doesn't believe there is a silver ranger. They get called so they get there before the X-Borgs are beat. 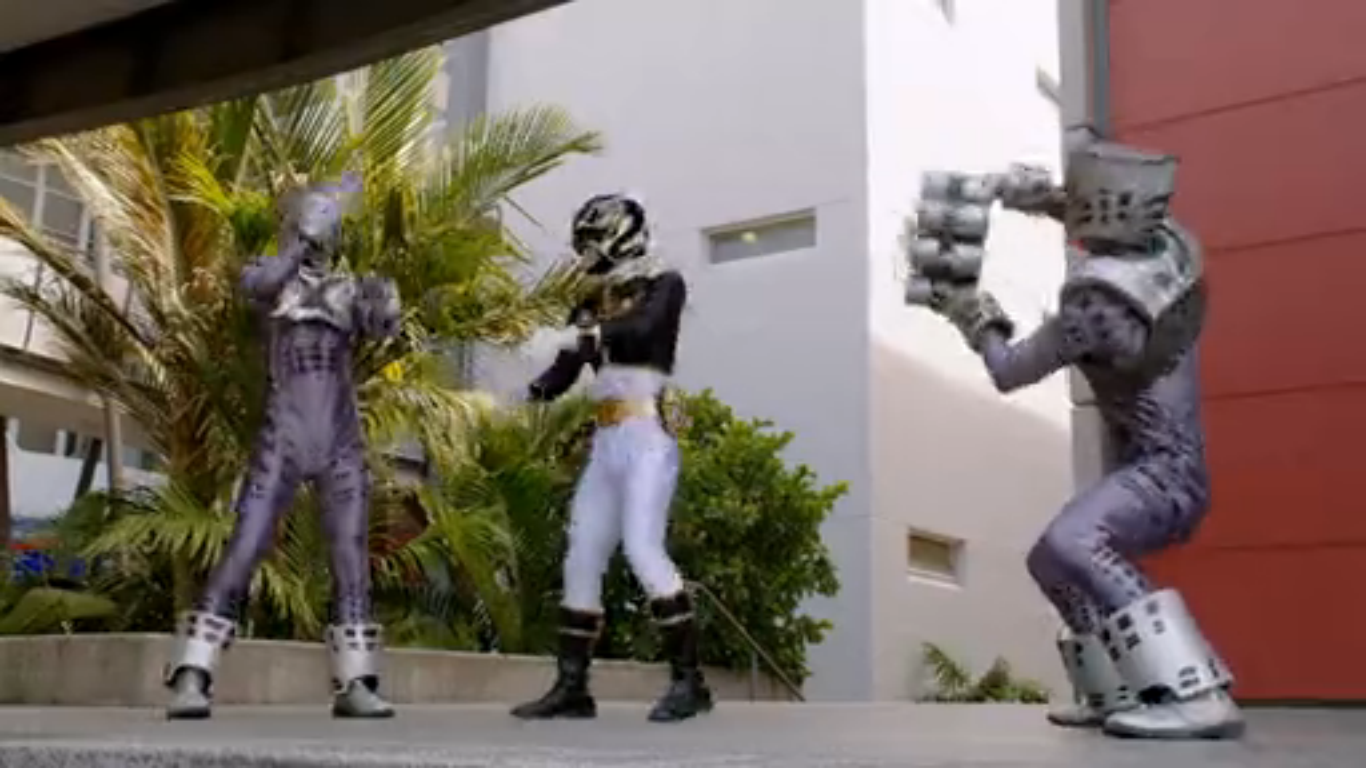 There is now a commander with them and a bomb. So the Rangers morph (full Megaforce sequence) and fight X-Borgs. The X-Borgs play keep away with the bomb. Then they go to Super Mega Mode. They are about to fight but Silver zooms in and fights off the X-Borgs. When he finishes them off, Silver runs off. 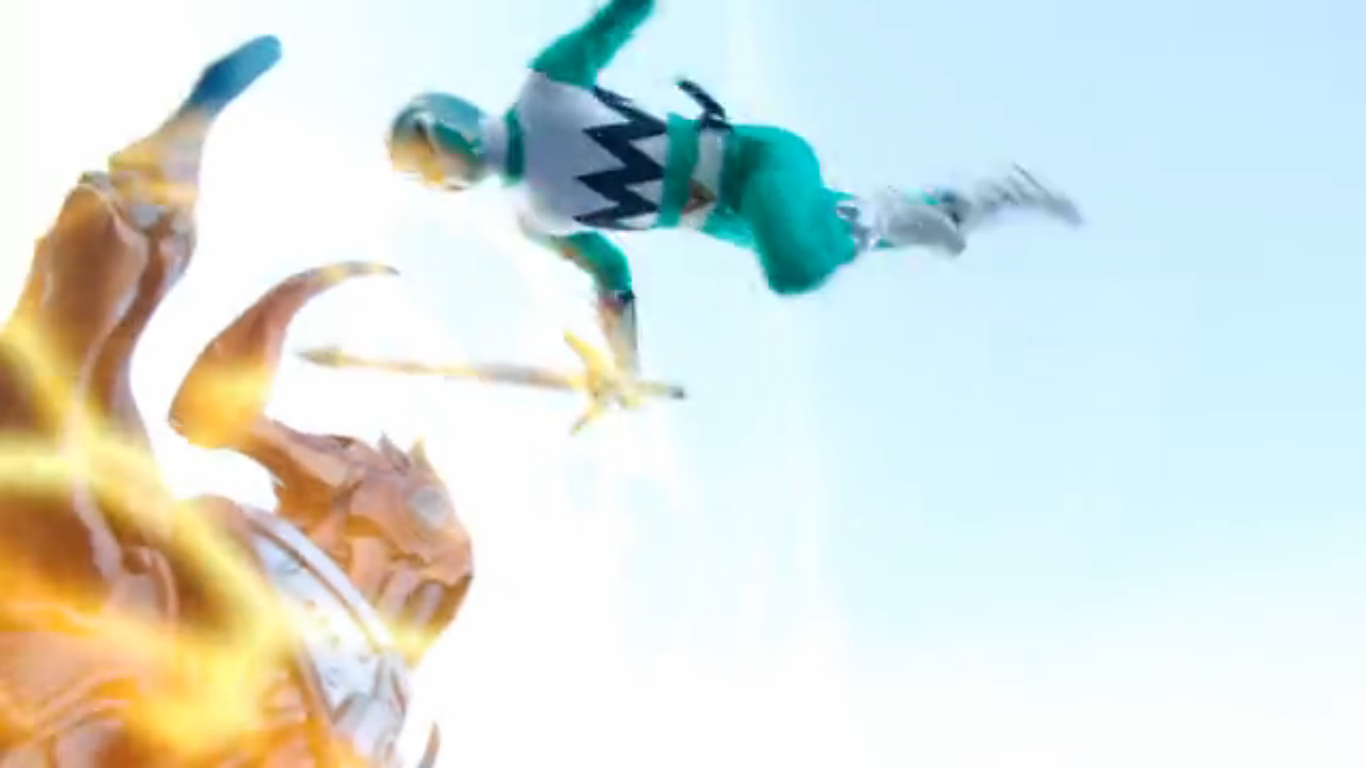 The Rangers then morph to Lost Galaxy and fight the monster. Yellow and Red try an attack and it doesn't work. Green fights the monster on his own and finds a weak point in its back. We see the dagger part of the Dragon Dagger from the Gokaiger footage and not a Transdagger from Lost Galaxy. 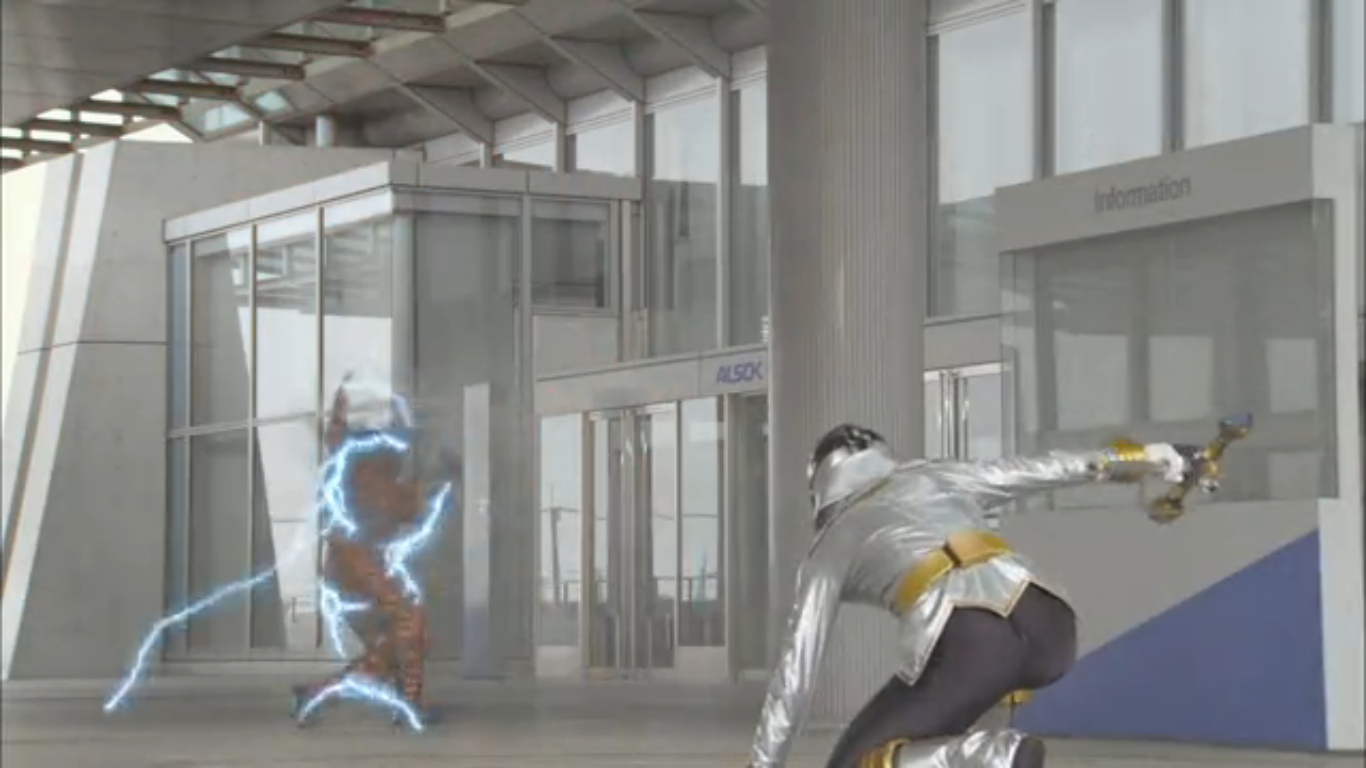 After commercial break, the Rangers wonder about the New Ranger at the froyo place. They get served by a new waiter, who is the mysterious stranger. Gia notices the bracelet. Jake mentions hitting the back of the collar of the monster (another Dragon Dagger flashback), the Rangers want to hit it. They return to the monster and target his reinforced collar. Vekar says he asked Levira to make it looked reinforced but it will explode when the Rangers hit him. Damaras is shocked he is willing to risk his commander. Orion watches. Jake jumps in a tree to target the collar but Silver stops him, telling them to trust him. 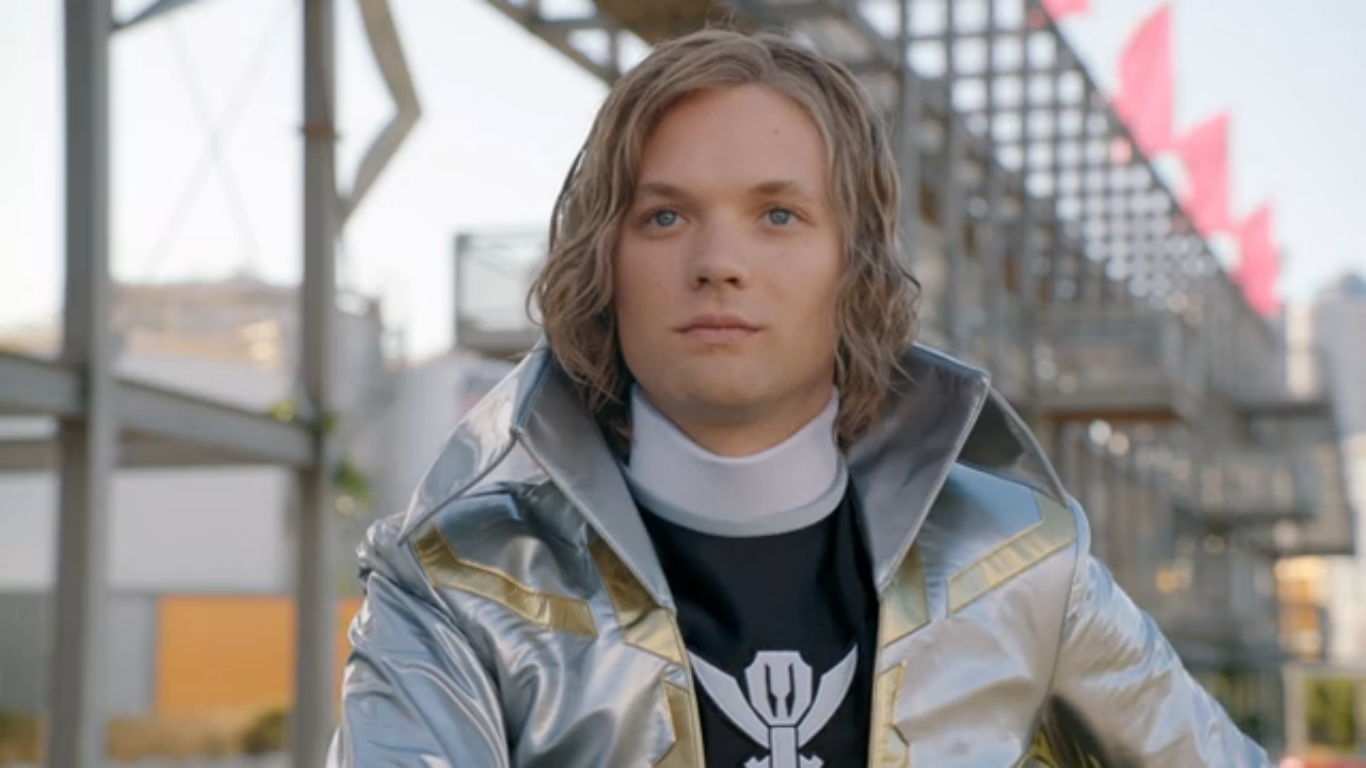 Silver says he won't let 'this planet' loose 'its protectors' too. Silver takes off the collar, it goes in the air and explodes. Vekar is mad. Silver busts out a Ranger Key and does a Super Mega Final Strike, destroying the monster. The Rangers wonder how he got a Ranger Key. Blue says if he was the real deal then Gosei would have told them. Pink thinks he is the real deal. They run to him and Silver takes off the helmet to show off his long hair. Gia recognizes him. Troy is surprised she knows who he is. 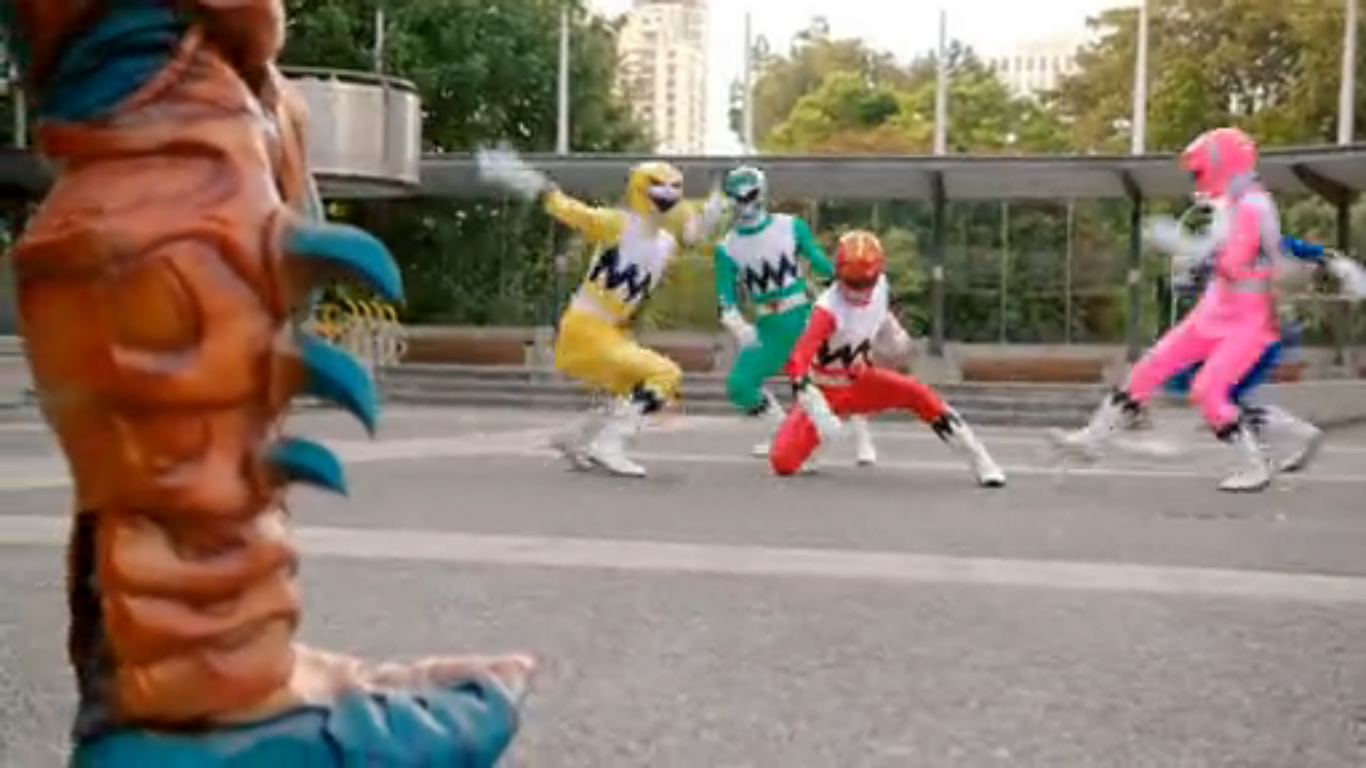 Episode Review:
I watch these with my nephew and the first act was entertaining for me but for my 4 year old, he says its boring. He liked it but there was no butt kicking. As for Orion, he doesn't look like he is from another planet, he looks like he came from the 90's with his longest hair, silver bracelet, khakis and dad shirt. I don't like that they replaced the footage of the Rangers as Sixth Rangers (Solaris Knight, Quantum Ranger, MM Green Ranger, female Silver Space and female White Dino). But I guess they replaced it because Orion must have the Six Ranger keys. And Ernie sure does hire quick and he doesn't seem to care that Orion has no prior Earth experience (well he doesn't know that) nor that he looks like a shipwreck hobo. 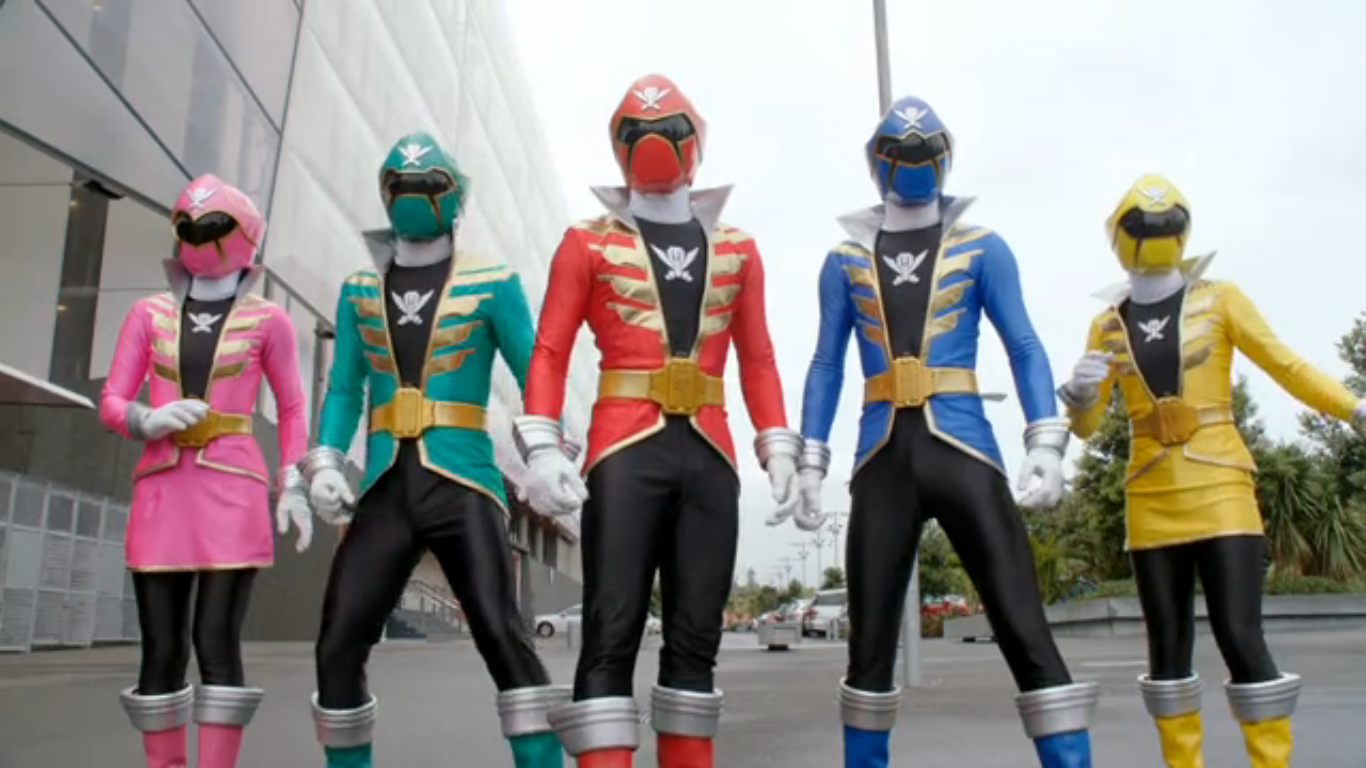 I do like how they concealed his face throughout the episode until the end. Interesting. In the promo for the next ep, Orion is holding three keys from the footage, hope they don't mess up and say Gosei had the keys. Last year we saw the pictures of them filming and we saw Lost Galaxy, I hoped they didn't replace the five as Sixth Rangers. I liked that sequence in Gokaiger. I don't see why they pick Lost Galaxy as they appeared in "Samurai Surprise," they could've picked Zeo to Time Force who haven't appeared yet.
Posted by Lavender Ranger at 12:34 PM

When I was looking Orion's arrival on Earth, it was the armanda's ship model, I was wondering if this can be Basco's ship. I might be wrong, but I speculate that this ship might play a role in the Legendary War.

In the finale episode of Gokaiger, Navi captured this ship. Marvelous and Gai uses it's weapons then crash on the armada. Since it's Orion's ship, they can do so as well.