Which Ranger Key(s) will come with the Super Mega Cannon?

UPDATED 7/11/14
Most pics and info from Razzle Dazzle's tumblr
http://razzle1337.tumblr.com 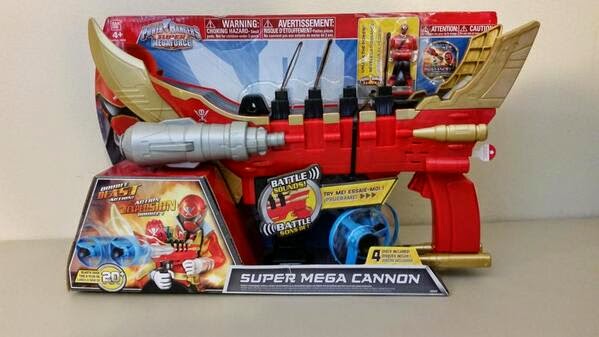 Razzle1337 bought it and it comes with the male Red Samurai Ranger (Jayden). Of all the promotional pictures, the Jayden key did not appear. Wow, Bandai missed out. I was going to buy the cannon for the Lauren key but no lauren, not worth it. Now I saved money. I still have to buy the Silver morpher, Silver Spear, the Wave 4 Ranger Keys, Possibly Q-Rex, maybe Falcon zord, the Deluxe Legendary Morpher and Ranger Key Set, and whatever PMC exclusive will come out.
Check out more at Razzle's blog 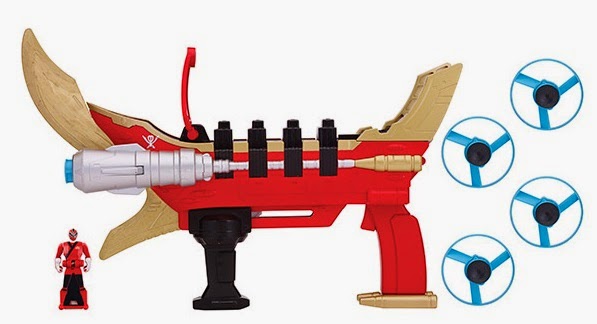 When we first saw the promo pictures for the Super Mega Cannon for the New York Toy Fair 2014, we saw the female Red Samurai Ranger key with it. We first saw the Lauren key on the back of Super Megaforce toy boxes (Spring and Fall Waves). At the actual Toy Fair, we saw no new keys so we didn't see female Red Samurai Ranger, we just saw Super Megaforce keys with the Super Mega Cannon at the toy fair. All listings say it comes with one key. 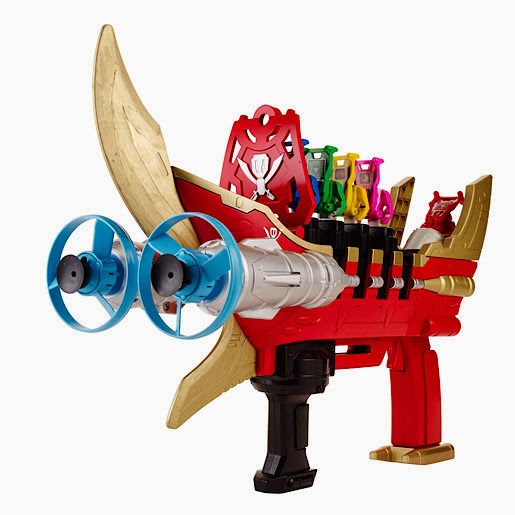 Razzle Dazzle (@razzle1337) brought to our attention that in this promo picture we see Super Megaforce Red and Green Keys, Yellow Mystic Force Key and Pink DAIRANGER Key. The Blue can't be seen. As we saw Houhouranger (Pink Dairanger) Prototype key in the treasure box at SDCC 2013, I think they just put any key. But then later Razzle Dazzle found a picture of the Super Mega Cannon with the Super Megaforce Red Ranger Key and not female Red Samurai Ranger Key. We should find out by mid-July as it is on order at Toys R Us. Pre-order at Entertainment Earth says it is coming in August. This doesn't mean necessarily Super Mega Red will come with it. Picture thanks to Razzle.
Entertainment Earth listing:
http://www.entertainmentearth.com/prodinfo.asp?number=BA38065#.U7SBwelOVMs