If you haven't seen it yet, Spoilers Ahead
"Legendary Battle" 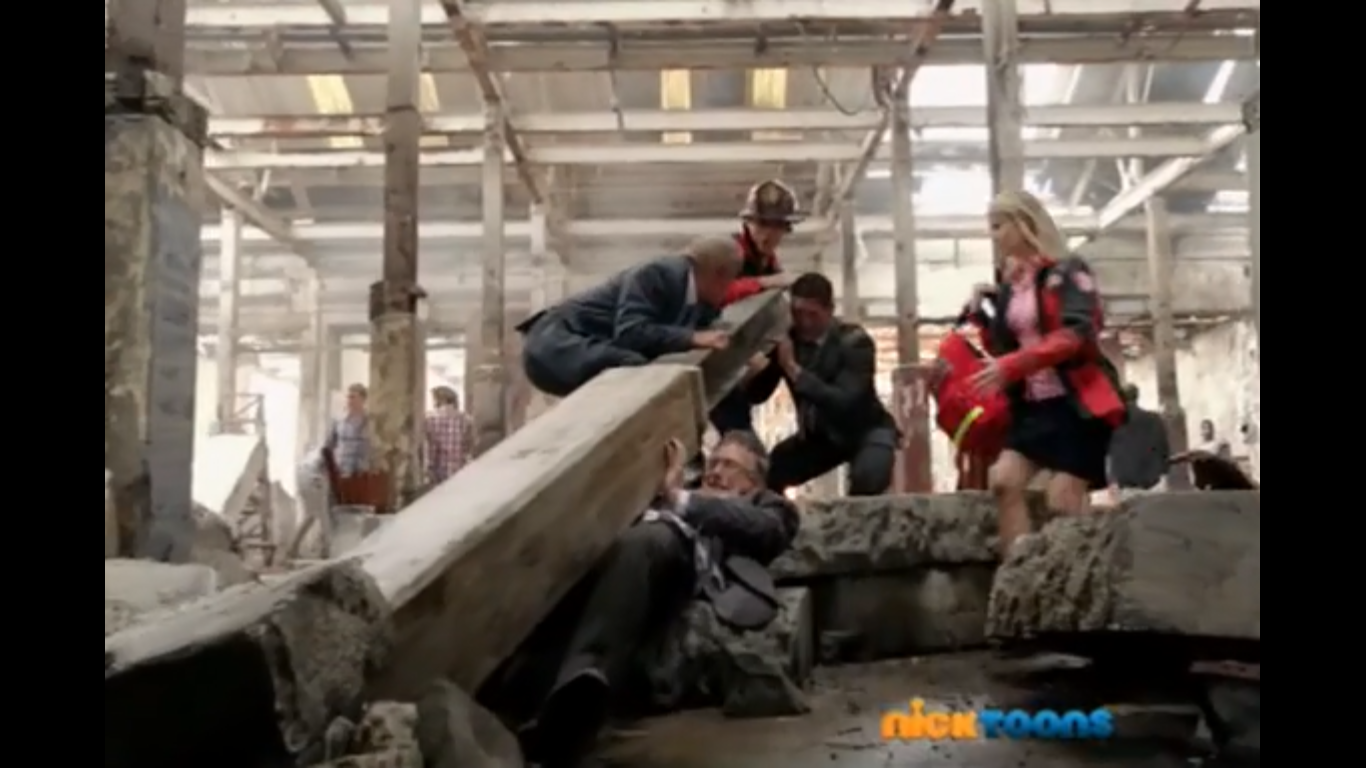 Episode Summary:
Where we last left our five Rangers, they are powered down and knocked out in various parts of the city. People are cowering and battle damaged. A little boy looks for his dog. People are trapped in an elevator. A man is pinned under a column when a familiar man and woman run to him in familiar jackets. They help him out. The woman checks him and tells him he will be okay. A Pink Lightspeed Ranger mask appears in front of her face, she is Dana Mitchell. The Red Lightspeed mask appears in front of the face of the man, he is Carter Greyson. 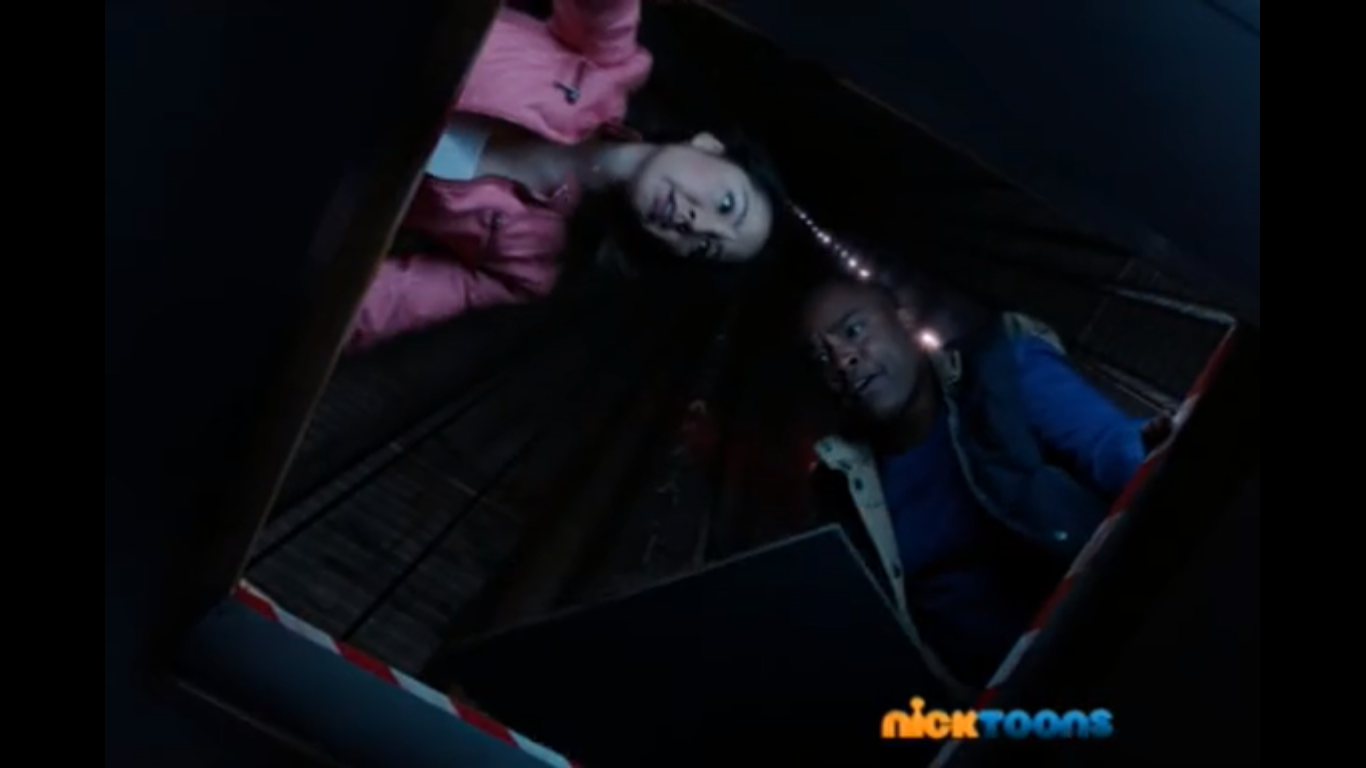 A man in a blue jean jacket and red shirt saves the boy's dog and tells him they have cool names. He is Leo, the Red Lost Galaxy Ranger. The people in the elevator are rescued by TJ (Blue Space Ranger) and Cassie (Pink Space Ranger). 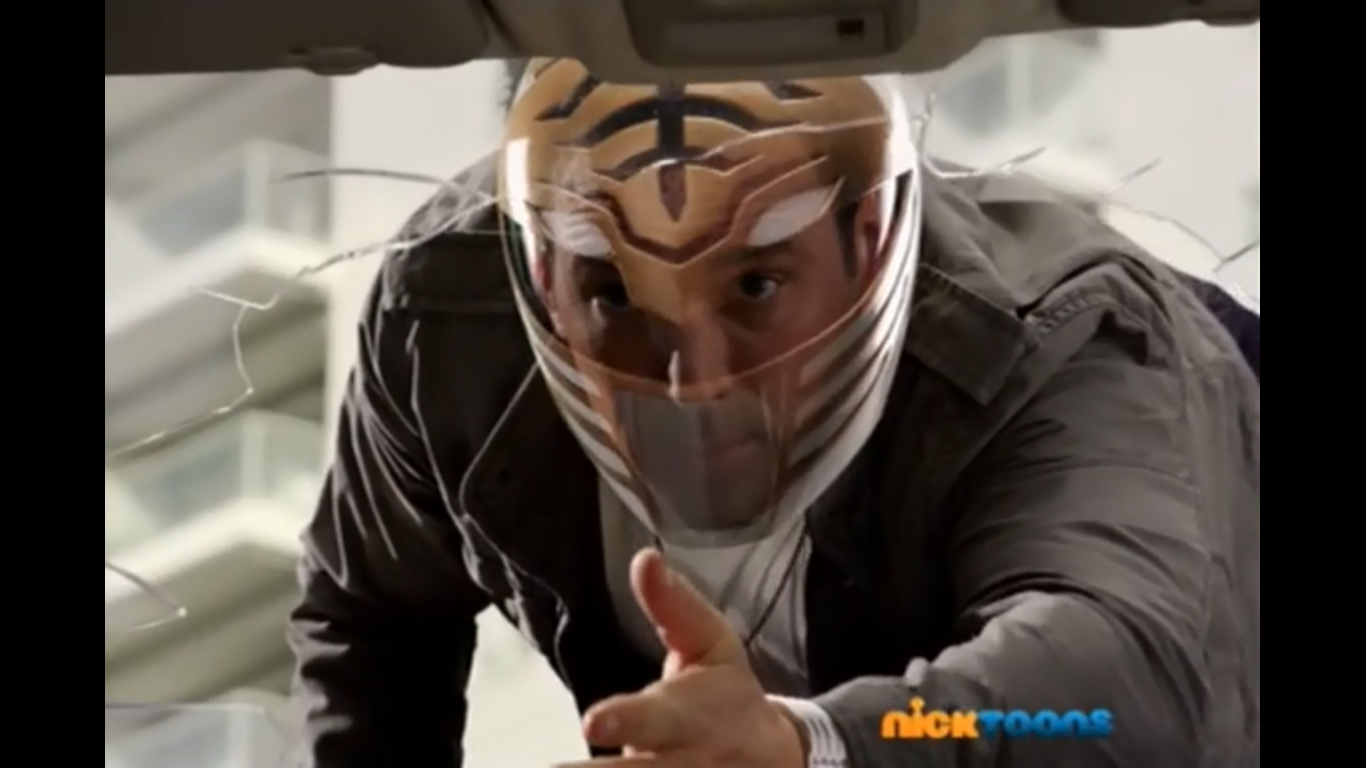 A little boy in the back seat of a car tittering on a bridge is rescued by Tommy and Saba. The White Mighty Morphin mask appears on his face. Troy and Jake awaken. Emma and Gia reunite. Jake takes a column off Noah. Gia and Emma climb to higher ground and wonder where the others are. It is now night and Damon (Green Lost Galaxy) and Wes (Red Time Force) overhear citizens worrying if the Rangers will rescue them. They nod to each other and run off. 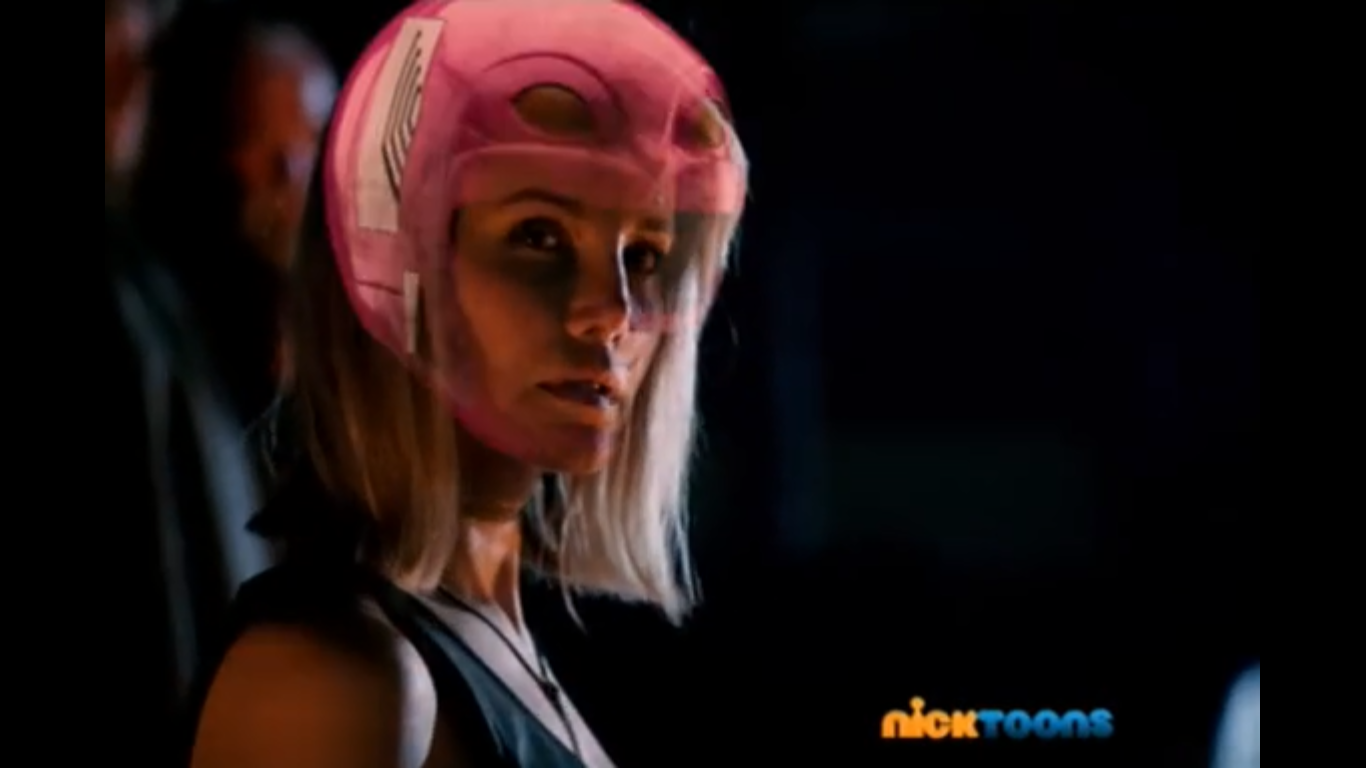 Karone (Pink Lost Galaxy) sees a mother and daughter hug. Gia and Emma reunite with Noah. Troy is talking to Gosei, telling him that the zords are gone. The five reunite and hug over a fire. Noah gives Emma his jacket. Jake says they lost their zords and are unarmed, how will they win? Troy says everyone believes in them for a reason, tomorrow morning they will be there for everyone and win. 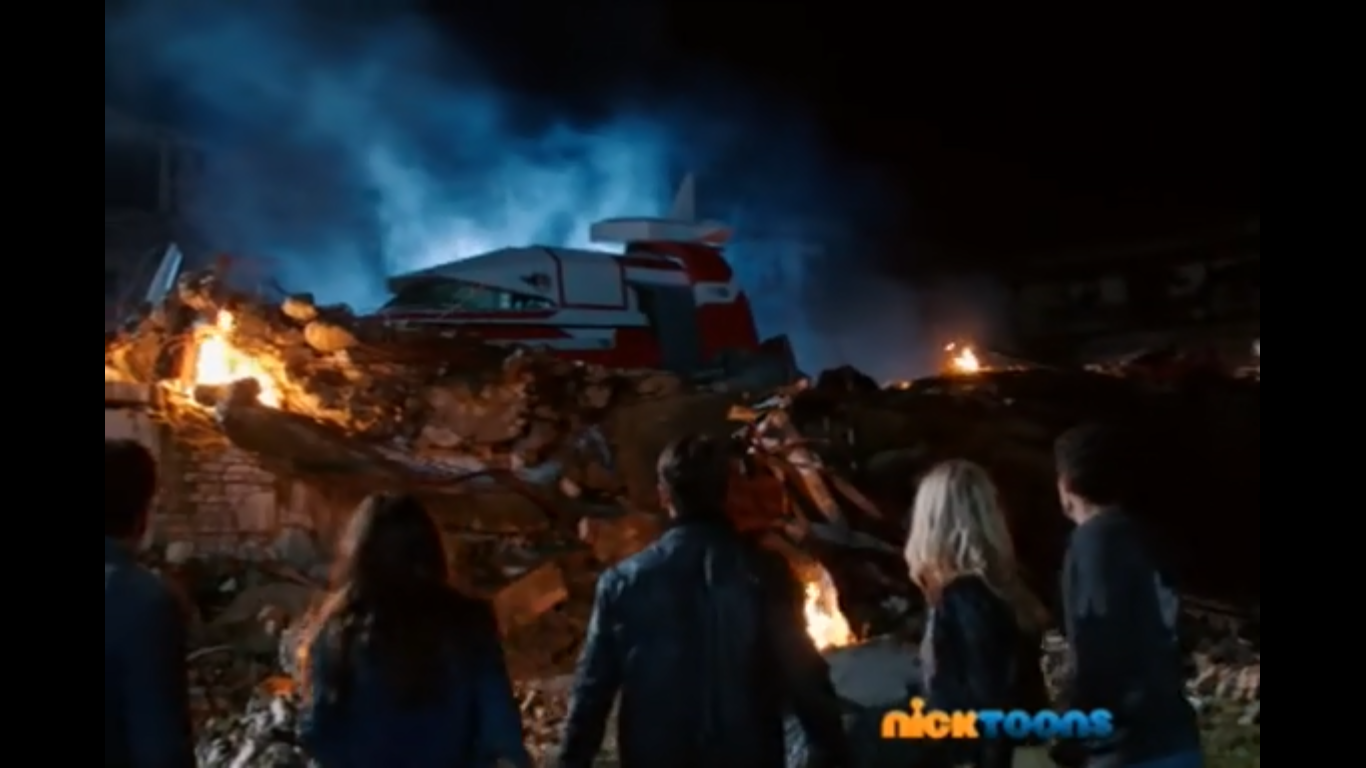 A red warship crashes, the Rangers go to it and find it is Orion. They hug and reunite. The next morning, people are sleeping in streets. The Armada (A general, X-Borgs, royal guards and Bruisers) arrives on foot and threaten the citizens. The citizens have weapons and are ready to defend themselves. X-Borgs are blasted down by the six Rangers who arrive. The Rangers battle the X-Borgs. The Rangers then face one of Mavro's generals. The ships blast at the Rangers. 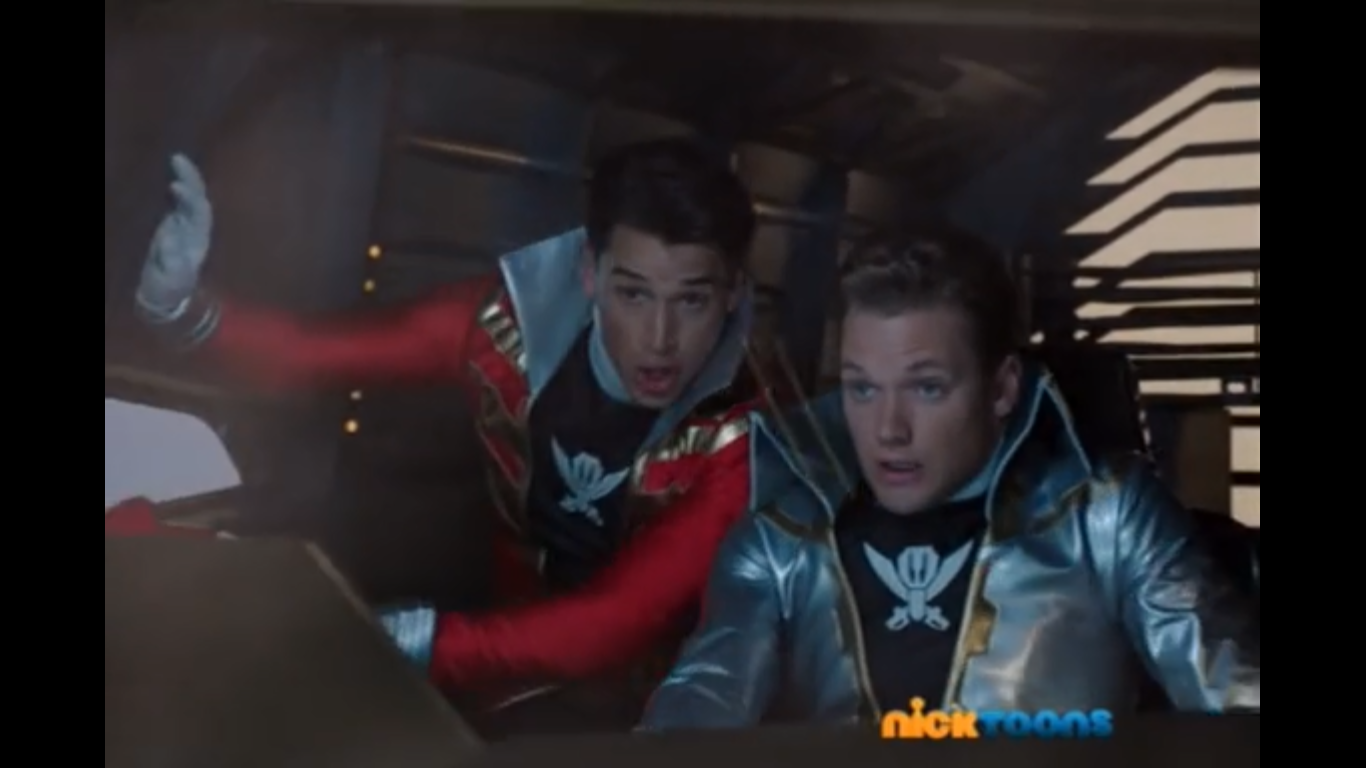 Mavro threatens them. Troy wants to defeat Mavro so he and Orion go on the ship and fly over to the main ship. Citizens cheer the duo on. The general fights the four leftovers. Troy and Orion without helmets do their 'Comedy Crash' yell as they crash into Mavro's ship. They jump in and fight X-Borgs and Bruisers. The dup enter the main chamber and take down two royal guards and X-borgs quickly. They face Mavro who fights them sitting down. Silver goes to Gold Mode. Mavro easily takes him down and Red takes control of the ship and blasts away the other ships. 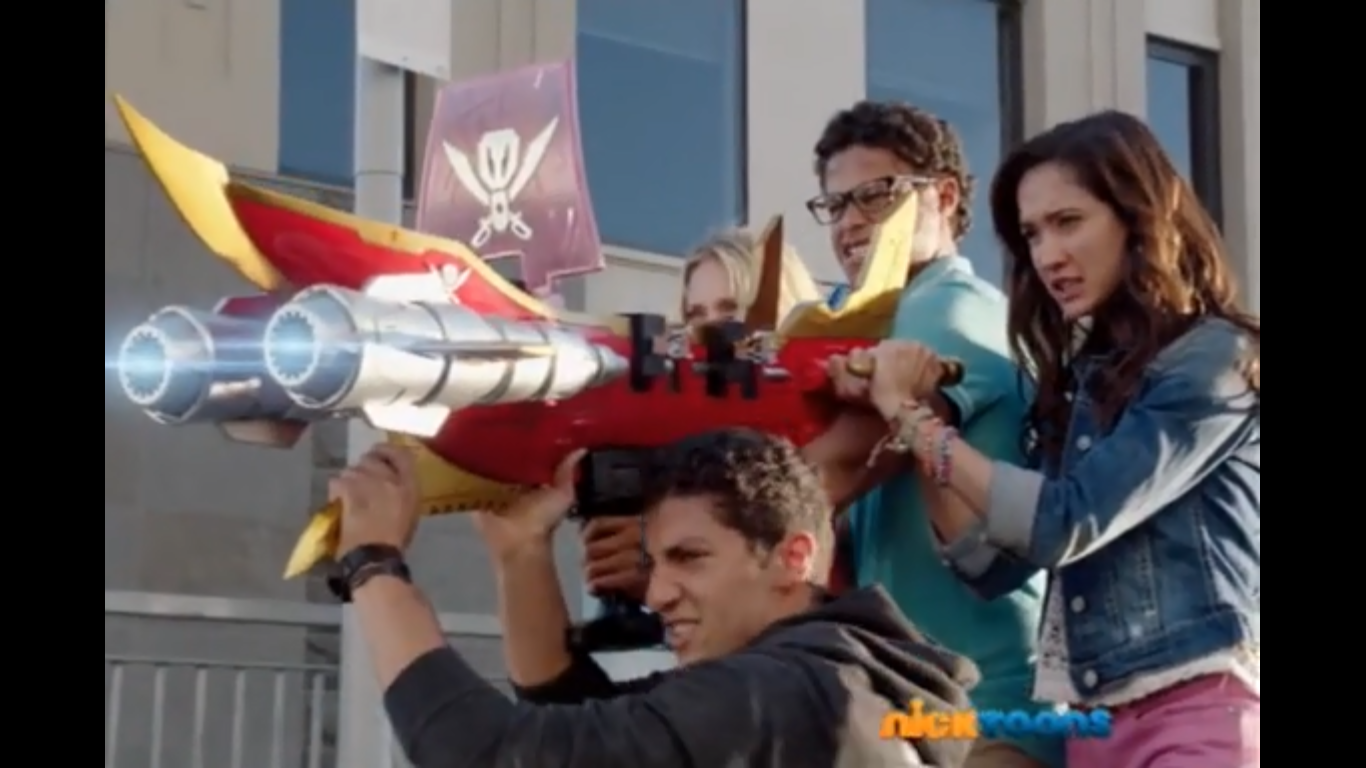 The general looks up at the destruction. When distracted, the Rangers pull out the Super Mega Cannon. He blasts at them, they de-morph but destroy him with their blast. Troy celebrates his victory as Orion falls down. Troy and Orion double team Mavro. 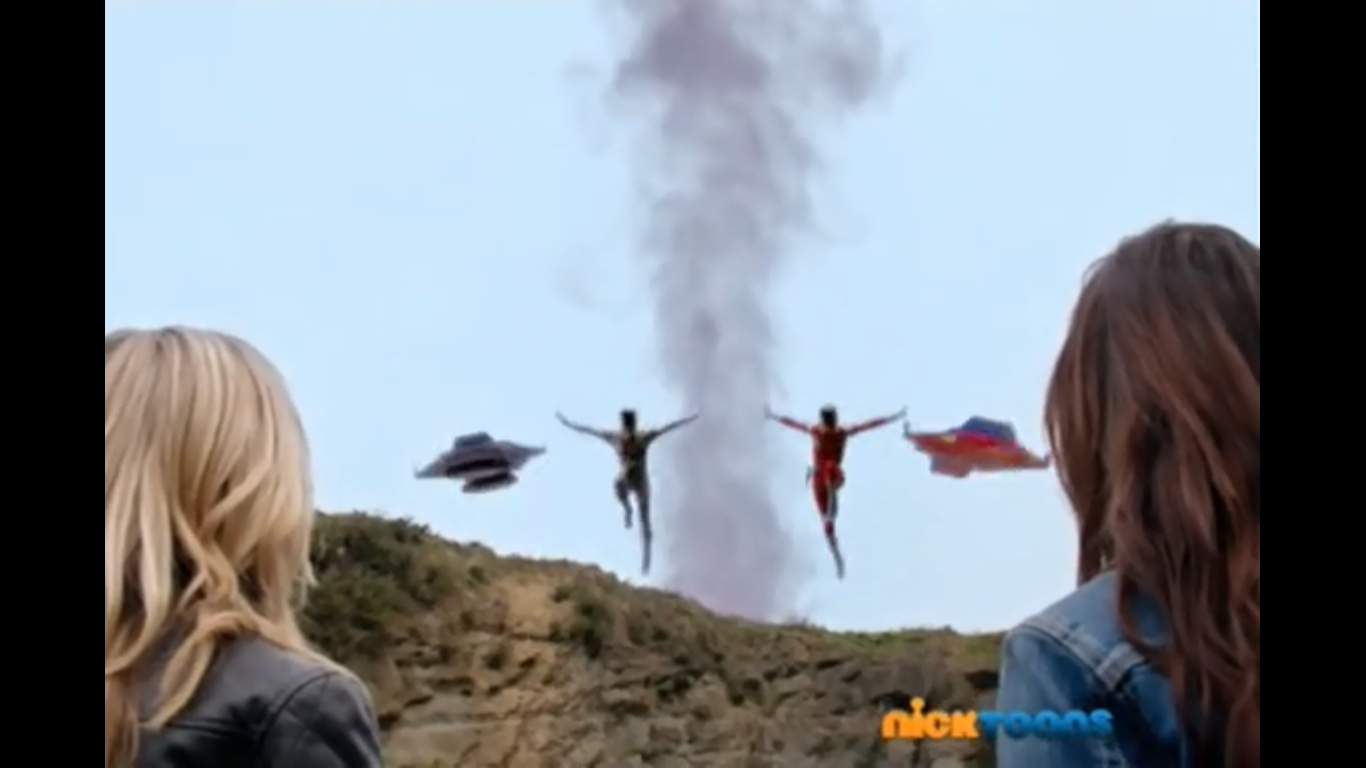 The two Rangers blast the control panel and strike Mavro. Orion takes him down, the ship starts exploding. Troy and Orion blast Mavro with their finishers. A huge explosion occurs and then the ship goes down. The others witness this and think the worst. Red and Silver In Space Rangers arrive on Galaxy Gliders and de-morph to be Troy and Orion. The six hug and reunite. They celebrate until they see a horde of X-Borgs. They are tired. Troy is for battling them. 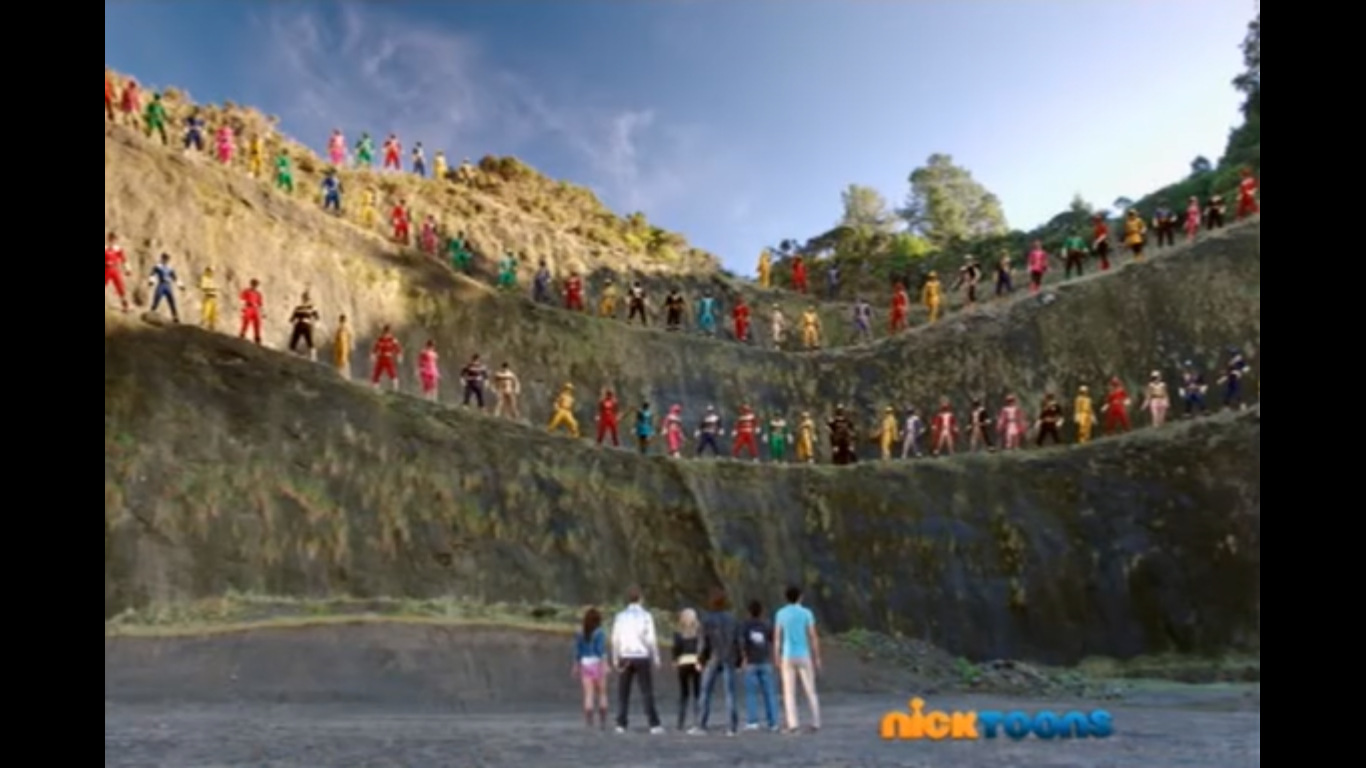 They then notice all the Legendary Rangers appear over the hills. They name a couple of them. Most of the Sixth Rangers and Extra Heroes are noticeably absent. The Rangers retire and the walk in front of the newbies. Only a handful take off their helmets (Wes, Domon, Karone, Leo, TJ, Cassie, Emily, Mike, Dana, Carter and Tommy). Troy says he dreamt of this. 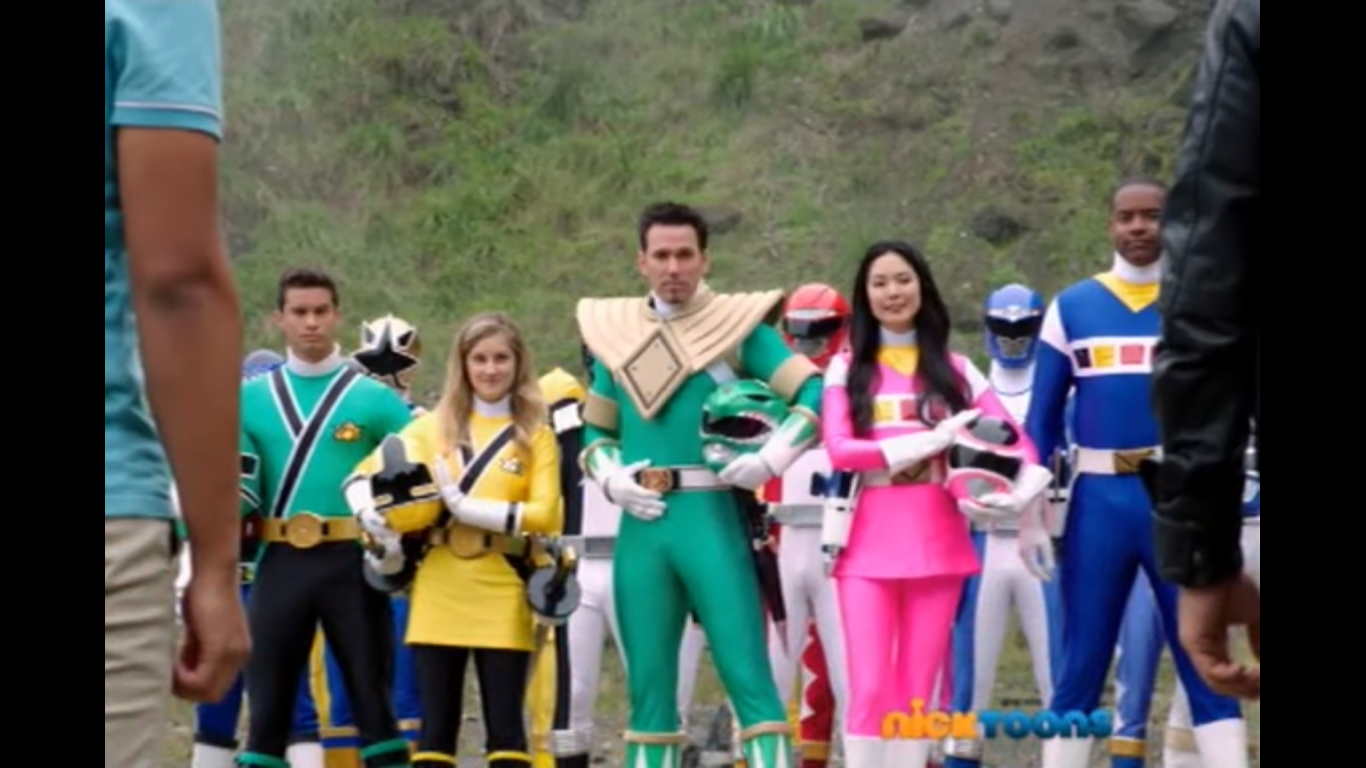 Noah recognizes Tommy. Tommy tells them they are there to fight with them. Wes tells them they are proud of them. Troy says it is a honor but Cassie says the honor is all their's. The six newbies morph. The Rangers put on their helmets and fight the X-Borgs. Suddenly other Rangers appear out of nowhere, including Robo Knight (who Troy quickly acknowledges) and they fight. Orion and the Megaforce Rangers do their finishers with their blasters and all the X-Borgs are gone. 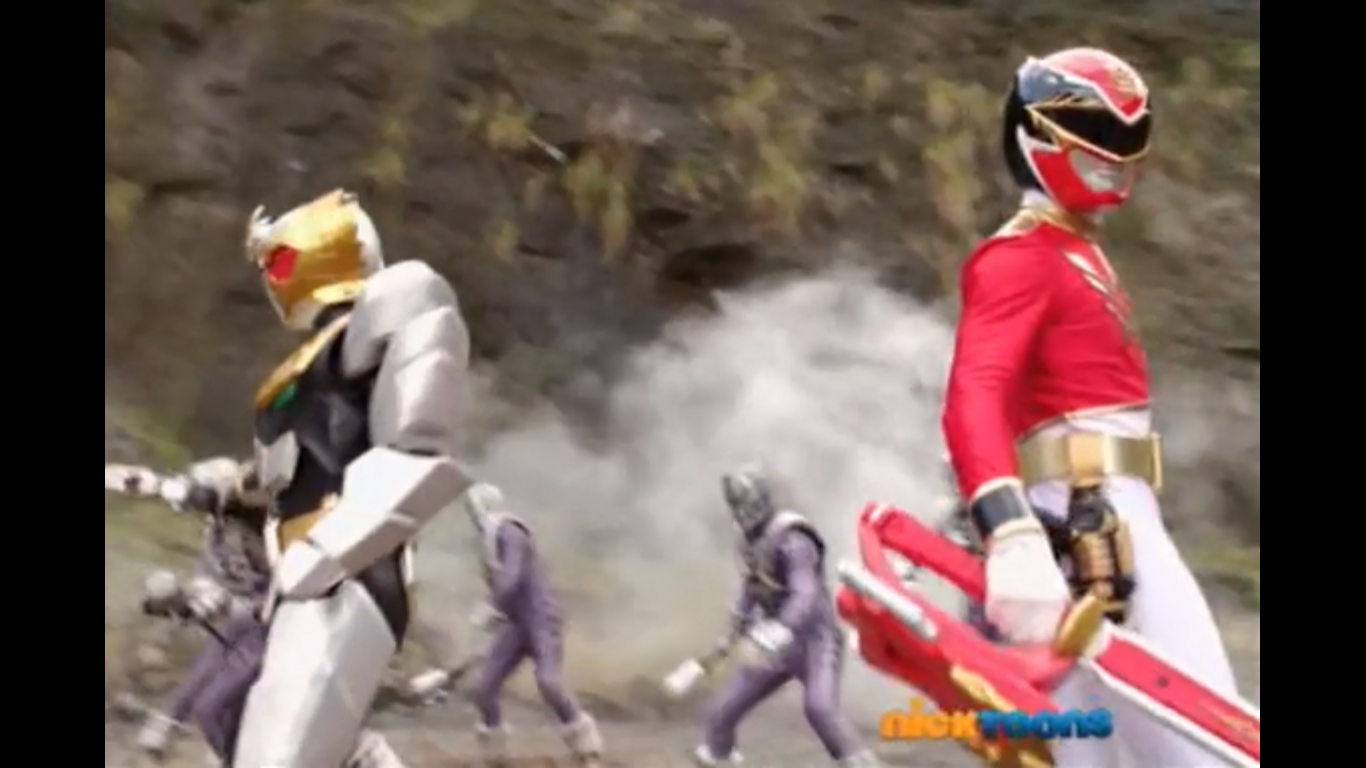 The Rangers and Legendary Rangers reunite, Tommy says it was an honor and it is time for them to leave. Tommy and Troy shake hands. Tommy and the others raise their hands and disappear in golden light. They are dispersed across the galaxy, them lifting causes the six Megaforce Rangers to fall down. They faint exhausted. Emma says the Earth is peaceful now. Gia kisses Jake on the cheek and they hold arms. Troy plants the Super Mega Saber on the ground and they walk away. 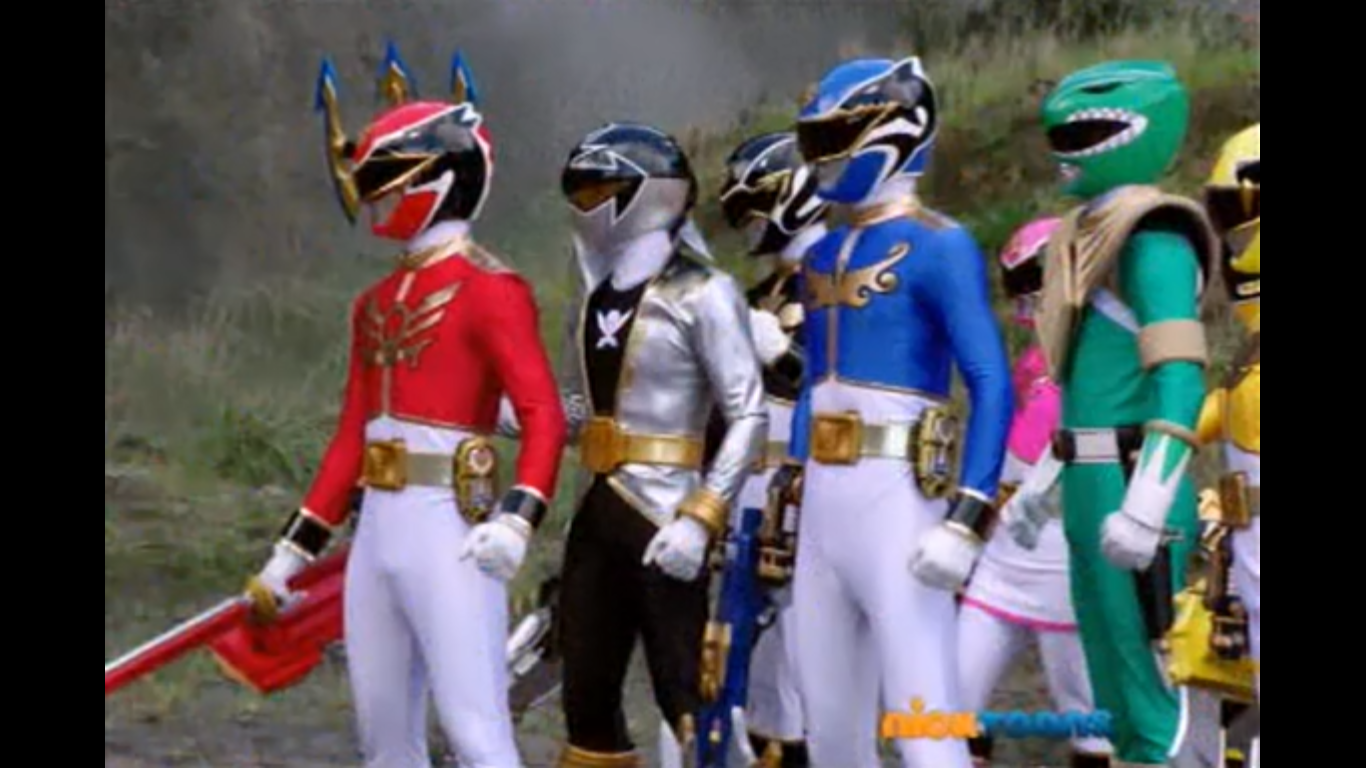 Episode Review: (Get ready for a long rant)
As I said here, I got in trouble for voicing my opinion to an actor on Twitter while other fans have been crueler since the episode first aired in France and other European countries in September. I have to tell you, Saban Brands asked Power Force members what were epic battles per season and I had put 'Legendary Battle' before I saw it. I saw it and now I want to retract that. It, like this season, had lots of potential and I am not voicing this as an angry fan, I am saying as someone who loves television, studied television production, has worked in television and have understood television production and television budgets. 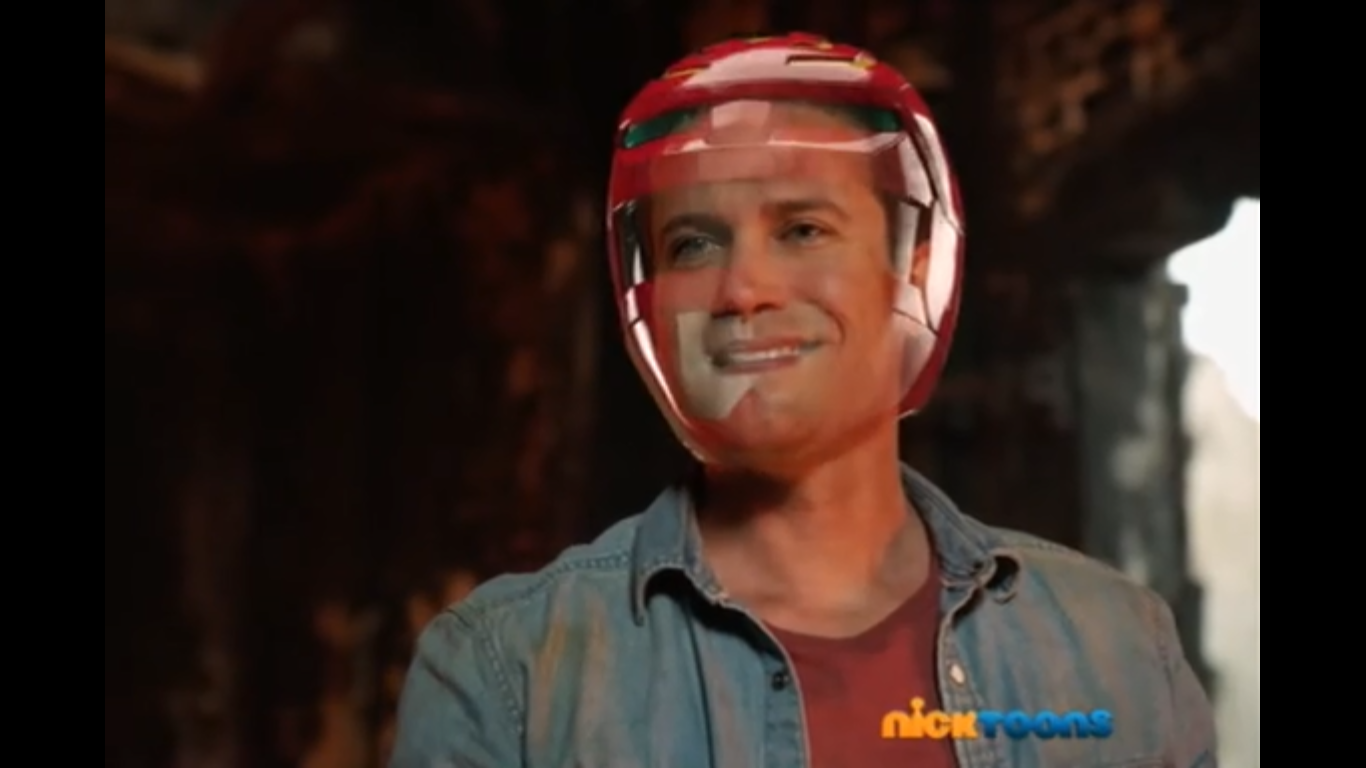 As I said before, I was fooled by Samurai and Super Samurai's use of Mega, Super Mega and Shogun modes to think Saban had as much money as Disney by apparently they burned out their budget. I have read this in other fan reviews that small budgets shouldn't be excused. Ciara Hanna herself said that they did this for the fans. But my arguments is even if actors have tried their best (like Azim Rizk, Andrew Gray, Christina Masterson and the rest of the cast with these scripts), the editing and overall production have missed a lot in details. 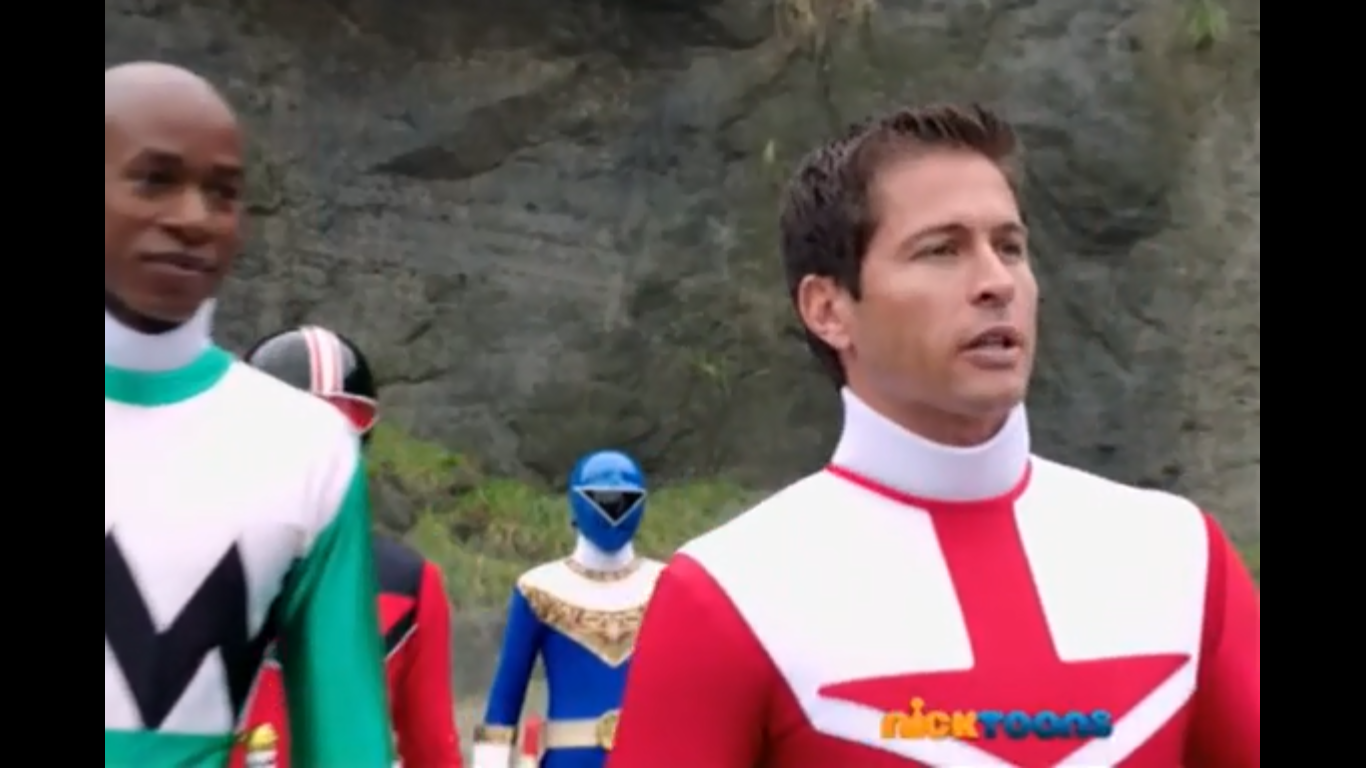 My 9th grade teacher would say "God is in the details." This was an opportunity to delve into the rich history of Power Rangers and the producers and writers had no excuse as fans have spent years on cataloging it and easily googled and also they had access to Power Force and other fans on social media. Also, the editing in the Legendary Battle itself was laughable. 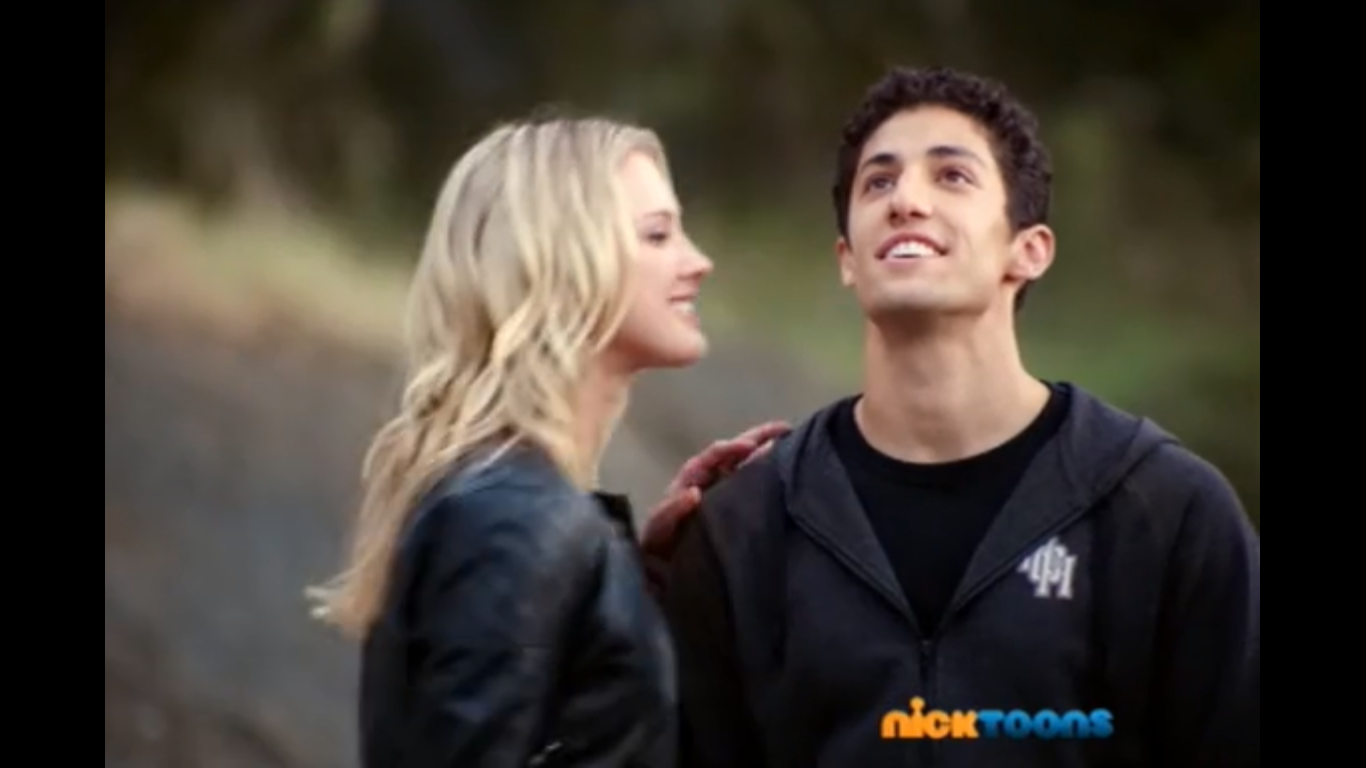 They could had used footage from 199 Heroes movie. It was not included because they have to pay separately for the movies and for Samurai, they bought everything possible including the Go-Onger teamup, Shinkenger movie and the After Shinkenger special. For Megaforce and Super Megaforce, it looks like they only bought Goseiger and Gokaiger footage and no other movies. 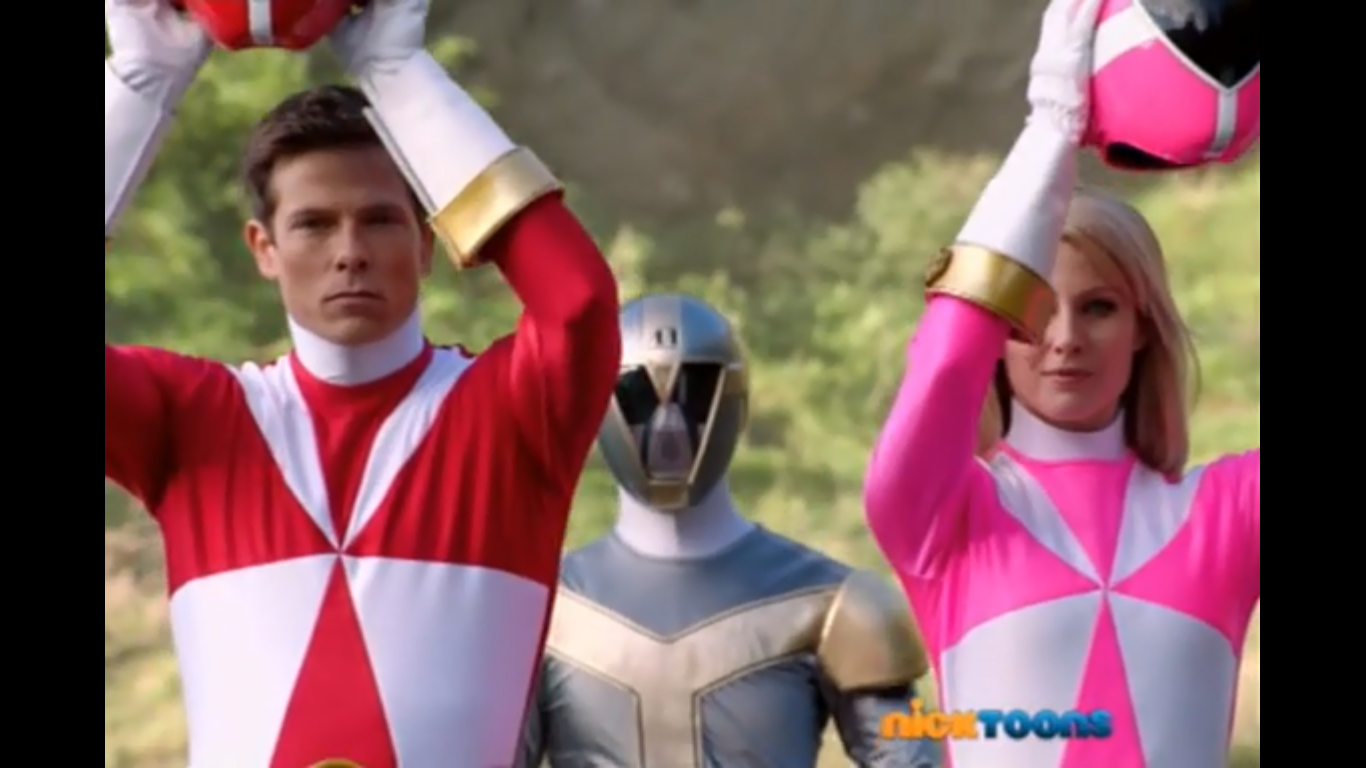 They just recycled the small Legacy War footage over and over for Troy's dreams and the battle itself. The new New Zealand footage they shot was missing many Rangers and many sixth Rangers were missing and would disappear and re-appear during footage including Robo Knight coming out of nowhere. James Bates, the writer of "Vrak is Back Part 2" felt like he gave an end to Robo Knight but was unaware of his appearance in this episode. 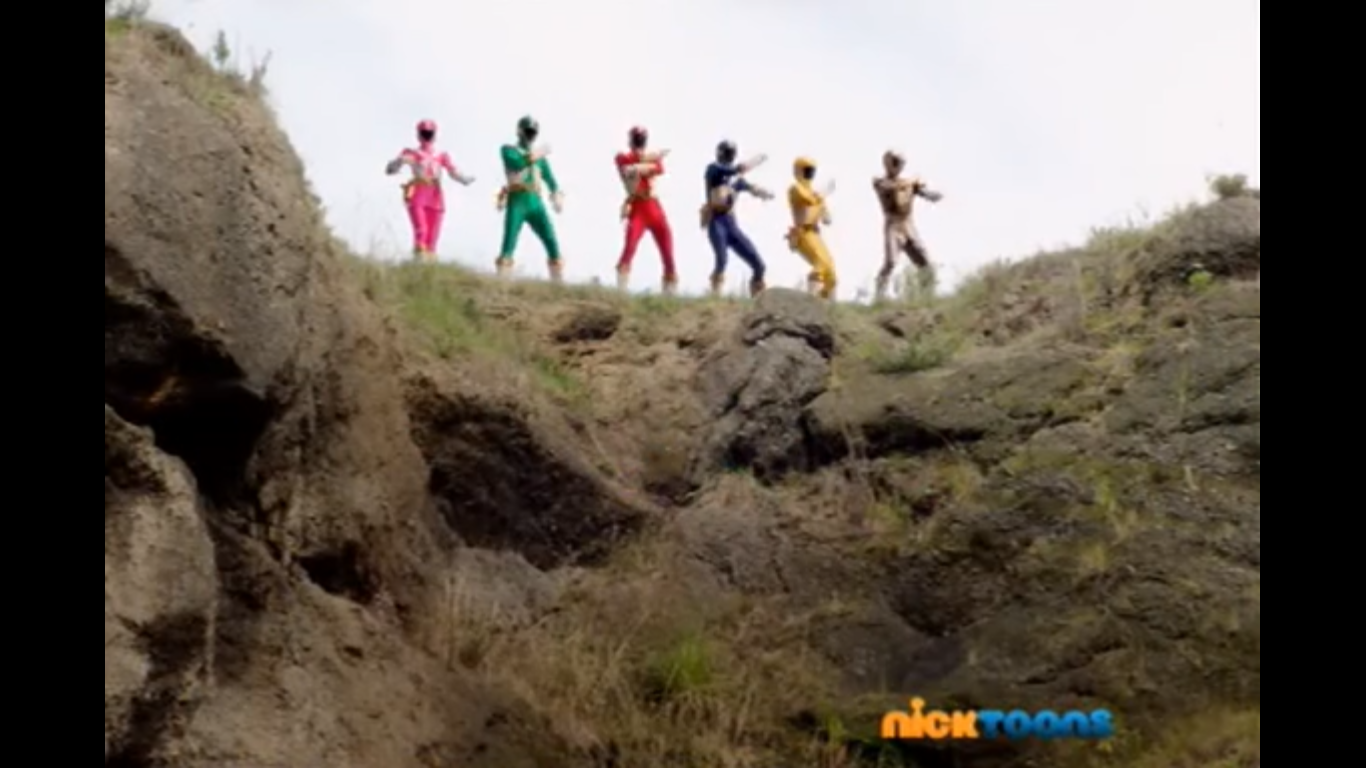 And I feel sorry for the returning actors that didn't even get a closeup or even lines. Reggie Rolle (Domon) and Melody Perkins (Karone) didn't even speak. Britney Prittle (Emily) and Hector David Jr. didn't even get a scene, close-ups nor lines. Now I am not surprised by other veteran actors declining the opportunity as it was little money and little screen time. 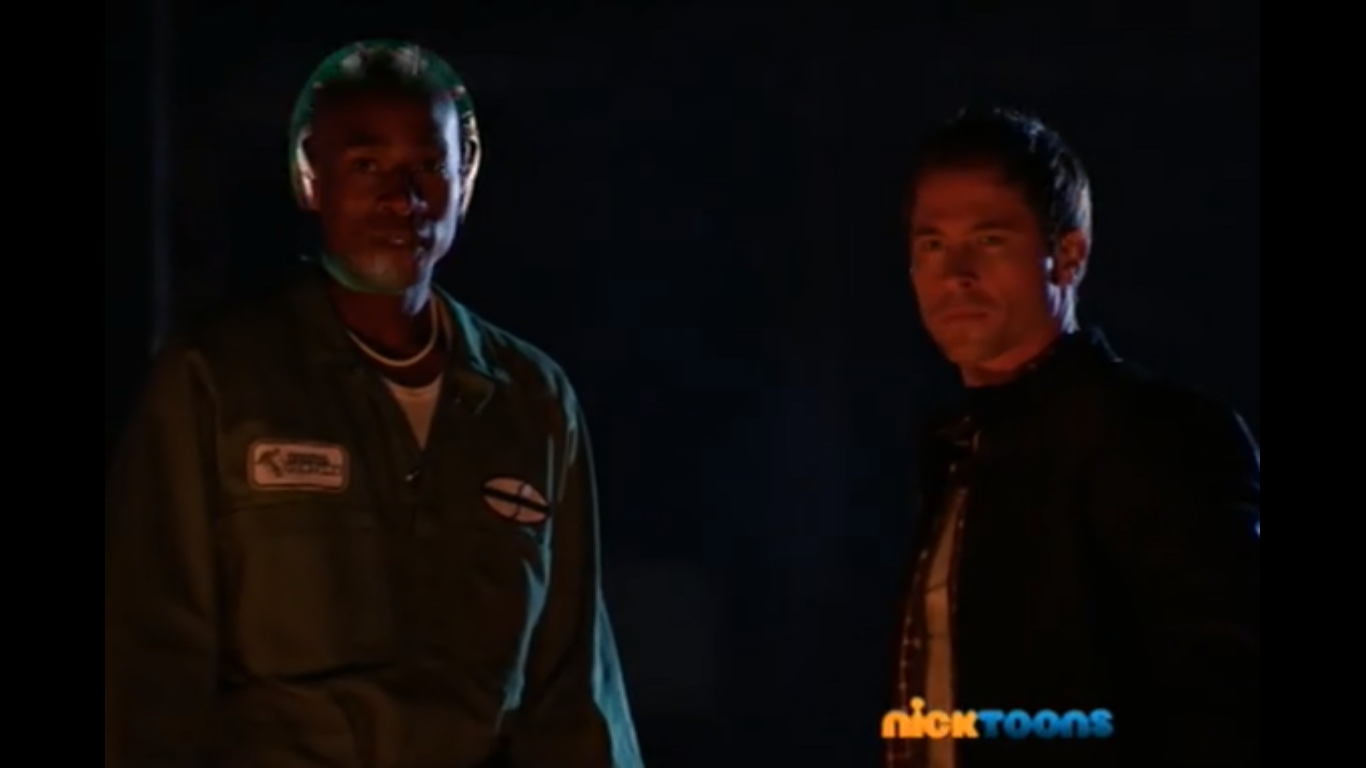 Also, in the original Gokaiger footage, when Blue, Green, Pink and Yellow are left with the general, they become Extra Heroes (Shadow Ranger, White Mystic, Red female Samurai and Sentinel Knight) but that was cut out. We still see their keys in the Super Mega Cannon. Mavro also had another general seen in the episode "Emperor Mavro" but he somehow disappeared (in Gokaiger he was a Monster of the Day destroyed by Pink).

Posted by Lavender Ranger at 12:00 PM

I hope I dont come off as a hater when I say, but once Saban Brands decided to adapt Gokiger, I knew it was going to fail, then when I heard is was going to act as a season 2 of Megaforce, fail was upped to the level all time bad!!

As a season that was advertised as an anniverseary, a celebration of sorts for the fans of the 20 year run of Power Rangers, it sure had nothing to do with Power Rangers, more like a bad melting pot of Sentai+Power Ranger+bad editing+occaisonal guest star+troy crying over robo knight= Power Rangers Super Meaforce

In all honestly, this would've been a great season if they actualy followed the premise of Gokaiger, which is 5 otherworld adults looking for the most valuable thing in the universe. They come looking at Earthj, tey see its beauty and think that it has to be there. As the season progressed, then former ranges would meet the new team and give them hints to where the "valuable" treasure/possesion/etc. lies but eventually the team discovers that teamwork, caring for each other, and protecting something thats important to you, is the most valuable thing in the universe.

I mean thats the simplest synopsis ever and easily done, why couldn't Saban Brands

Idk maybe because they were wrapped up in selling toys and mmpr nostalgia to even give DAMN. All know is that this garbage is over. 20 years went down the toilet. A miracle would be if dino charge did better than this.

to be completely honest, Dino Charge doesnt look too bad, but watching Kyoryuger, I always pictured the red ranger as a black dude when the series would be adapted. Nevertheless I'll watch a couple of episodes to see if its ok

so does james bates realize he makes such a big continuity error?

A man in a blue jean jacket and red shirt saves the boy's dog and tells him they have cool names. He is Leo, the Red ... ilegendblue.blogspot.com