Earlier this year I messaged my Saban Brands rep for Power Force with my concern about the Dino Charge costumes, most of the time we just get 5 of the 6 or like in the case of Samurai, 4 the first year and Green in the next. Yellow always get skipped. I told them I would want more colors, now it looks like this year we are getting all 6 and that is a good sign because hopefully we will get more colors (maybe Violet, Graphite and Aqua?). Super Red is a gimme (for sure they would make it). Past teams that had all Halloween costumes were MMPR, Zeo and Ninja Storm (Yellow was a Disney Store exclusive).

But the ones that are getting most versions are Pink, Red and Gold. For Megaforce and Super Megaforce, Black and Green were relegated to only being available at Spirit Halloween stores. Let's see what happens next year... 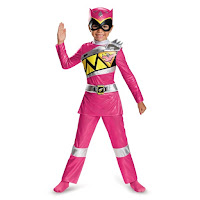 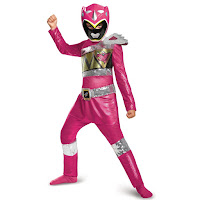 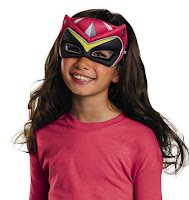 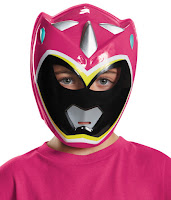 Separately they are also selling these half masks and the regular masks.
http://www.halloweenexpress.com/pink-ranger-dino-charge-mask-p-28687.html 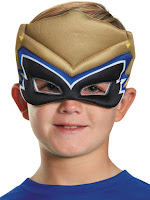 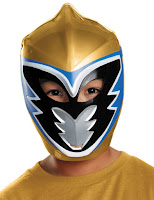 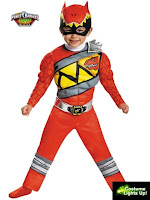 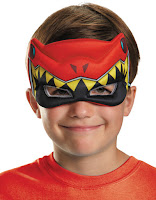 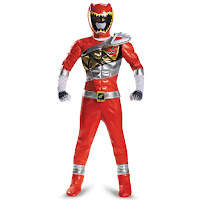 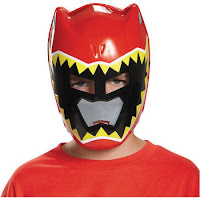 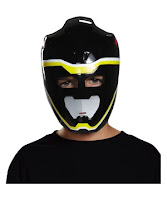 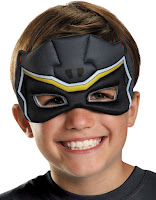 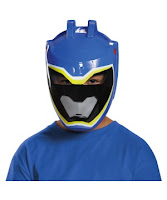 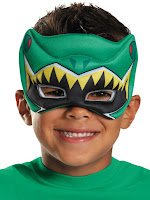 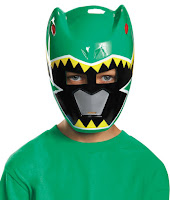 Posted by Lavender Ranger at 6:25 PM