With Dino Charge, we found out the Ranger names with the bios on the back of the figure boxes. Ivan and Prince Phillip were confirmed by the toys before the episodes aired. Now that the Aqua and Purple Ranger toys have been spotted, their descriptions are vague and do not reveal any identity even though we know the female Purple Ranger is Kendall. But this has happened before... 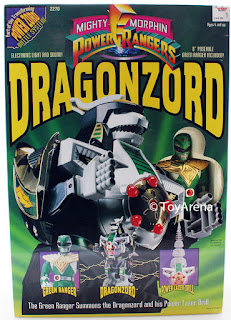 MMPR (1993)
Tommy's identity as the Green Ranger was revealed with the Dragonzord toy before "Green With Evil" aired. The back of the box, the trading card said Tommy and the side of the box with the Rangers, it said Tommy. 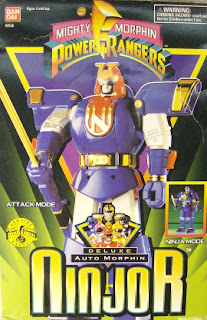 MMPR (1995)
Ninjor was revealed before his episode aired as the toy came out in the summer of 1995. Well, this could fall into toys comibg out before they are on the show but since that is hard to track, I justput this one. All Ranger figures after 1996 didn't reveal names anymore other than the Auto-Morphins of Zeo. Not even the Mystic Force toys with faces or any other toys with faces. 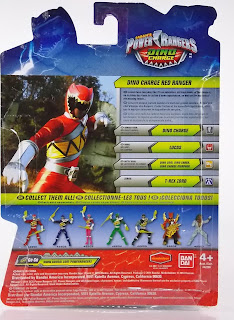 Dino Charge (2015)
Red Ranger was revealed to be Lucas in some toy boxes, it was a misprint. Other boxes say Tyler, which is correct. 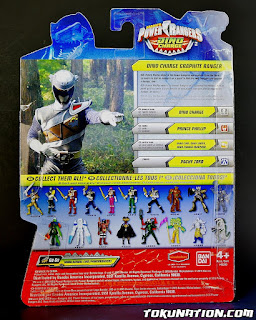 Graphite Ranger toy revealed that he was Prince Phillip and not Riley's brother Matthew that fans believed. Gold Ranger was confirmed as Sir Ivan. 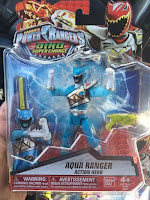 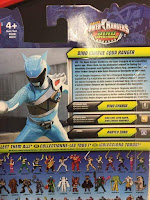 Aqua Ranger with its vague description. 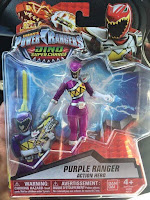 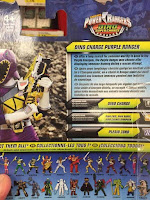 Posted by Lavender Ranger at 9:32 PM