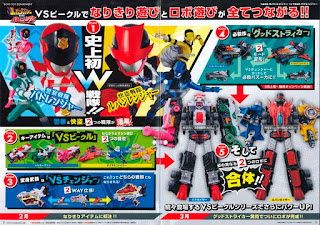 Both teams have the same henshin device called the VS Changer. The device puts in the VS Vehicles, which is the collector gimmick and mecha.

The three Lupinranger have Dial Fighters, aircraft and the three Patoranger have TriggerMachines, automobiles. 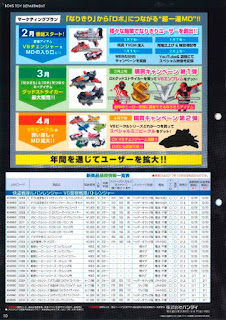 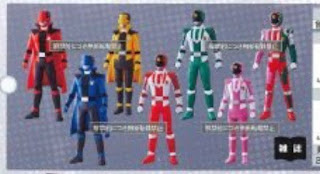 The 7th hero figure is a combo of the three Patoranger.

Lavender Ranger's Opinion:
I like the suits and concept, hope the story is good. I think it is simple enough of a concept to let interesting stories even though it is unconvential. For those who remember, Ninpuu Sentai Hurricanger technically had the same concept with Hurricanger vs Goraijer but without the unique title.
Posted by Lavender Ranger at 11:57 AM