I did the Super Sentai version, here are the Power Rangers. I'm not counting Ninjor or Blue Senturion or any Ranger-like Allies that are like them. 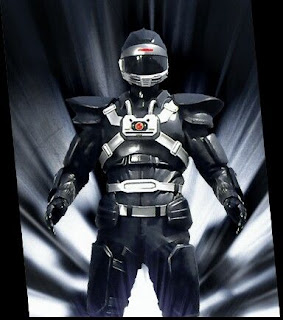 Phantom Ranger
The first Sixth Ranger to not have a color in his/her name. In Super Sentai, his counterpart VRV Master was not a Ranger, no mecha (zord) nor personal weapon. 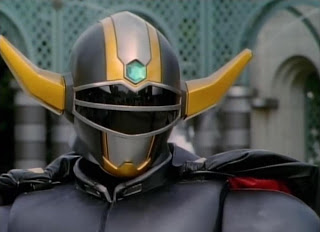 Magna Defender
Magna Defender, himself, is considered a Rnager-like Ally but when Mike became him, the show and toyline treated him as a Sixth Ranger. 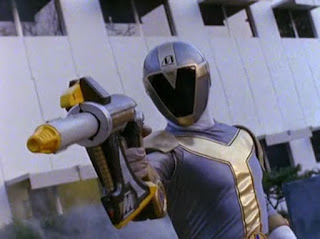 Titanium Ranger
Titanium is a chemical element with the symbol Ti and atomic number 22. It is a lustrous transition metal with a silver color, low density, and high strength. He is basically a Silver Ranger. Boom Comics considers him this as he was included in the Silver Ranger cover they did a year ago. 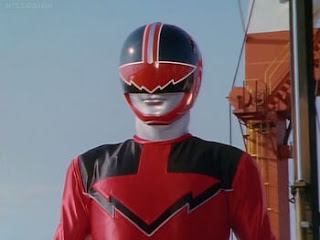 Quantum Ranger
Quantum distinctly is not a color. It is considered they picked this name not to be confused for Red. His Japanese counterpart as called Time Fire. 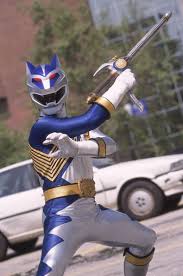 Lunar Wolf Ranger
While in Super Sentai, he was Gao Silver with the color in his name, Wild Force decided to call him "Lunar Wolf" instead of a color. My guess they did this because Quantum Ranger had a non-color name and wanted to keep that motif. 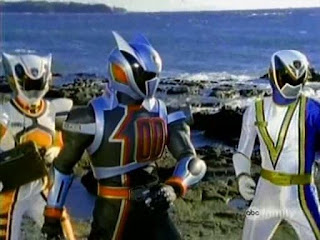 Kat Ranger/Shadow Ranger/Omega Ranger
Shadow Ranger is hard to definiate if he's black or blue or what. So understandable they called him 'Shadow.' Omega Ranger, surprisingly, was not called 'White' but probably 'Omega' being that Omega means "the last." Omega Ranger's original name was DekaBreak. Kat Ranger is just named that because she is Kat, a feline. Her counterpart was Swan-inspired. My guess they did all this was because Dekaranger didn't use color names for their non-core Rangers. 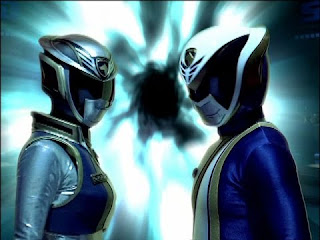 Nova Ranger
"Nova" is a space thing, she was probably called that because it sounded cool. Her counterpart was "DekaBright." 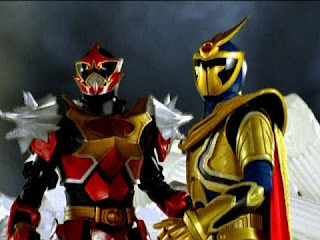 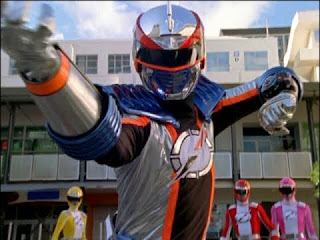 Mercury Ranger
His counterpart was Bouken Silver so he had a color name, but this guy was probably named Mercury because it was considered cool. My guess is because the last season the sixth rangers didn't have color names. 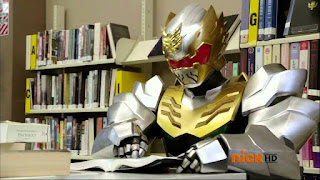 Robo Knight
After Operation Overdrive, all rangers went by colors or animals (in Jungle Fury). The only one during Saban era to not have a color name was Robo Knight, stylized after Gosei Knight. 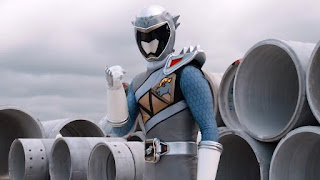 Graphite Ranger
"Graphite" is not a color. It is a crystalline allotropic form of carbon. In Japan, he was Kyoryu Gray. With all the unique color names like Aqua Ranger and Purple Ranger, Graphite Ranger is the only one that isn't a color. Gray Ranger doesn't sound as catchy either. He is also considered a Silver Ranger in Boom Comics.