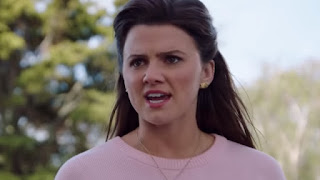 In  Area 62, Mucus wants to know what is behind Void Knight's door and is electrocuted for it. Meanwhile, the Rangers are called by civilians afraid of a man with suds and equipment on top of him. Amelia washes it off and it is her grandfather who is a window washer. He is superstitious and Ollie is skeptical. Amelia walks under a ladder and her grandpa convinces her she has bad luck now. She goes to change her shirt that got ripped but bumps into a Sporix Beast that busts her morpher. She tries to communicate with Solon but her signal isn't strong.

The Rangers arrive. Amelia uses a trash can lid to reflect the bad guy laser and hurts Izzy and Javi. Mucus takes AMelia's morpher. Red puts in his T-Rex Key and does T-Rex Fury Strike and seemingly defeats the Sporix. He blasts them back. Mucus takes the beast to Area 62. The Rangers de-morph. Amelia is down on herself about her bad luck. The others try to cheer her up. Zayto talks to Solon to make a new morpher. Amelia is teleported to base. Zayto leaves. Amelia gives Solon a circuit that can not be destroyed. Amelia tells her about her bad luck. Meanwhile, Void Knight is happy with Mucus. 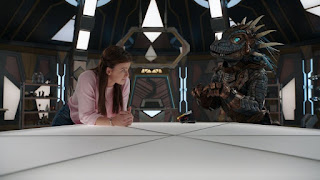 Void Knight will fix the morpher and have Boom Tower enter the base while Smashstone will distract them. The other Rangers help Pop-Pop (Amelia's grandfather). Solon tells Zayto about the hotline. Solon fixed the new morpher but Amelia doesn't want to use it. Solon says luck is in her mind, don't focus on the bad things, the only way to focus on good things is to go out. Amelia still wants to stay far away. Smashstone attacks. The Rangers morph. The Rangers need help. Boomtower enters the base. Amelia grabs her morpher. Solon says he has to go through her to get the Sporix. AMelia morphs and breaks his morpher. Solon says it was lucky. Amelia is energized and fights Boom Tower. They teleport to where the Rangers are with Smashstone. Ollie helps Amelia fight Boomtower. Smashstone grows big and T-Rex is called. 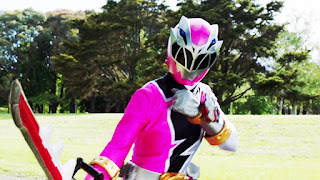 Zayto and the siblings enter the Megazord and fight Smashstone. He throws back their attack. Doomtower is made fun of by Amelia and he teleports away. Amelia and Ollie call their zords. Hammer Formation is formed. The helmet and chest changes. They enter the cockpit. What they try doesn't work, they then try the hammer. They accidentally hit a pipe, that causes junk to get on Smashstone's arm. Zayto calls the Mega Fury Saber and does the Mega Hammer Slam to destroy the monster. Boomtower goes for the Sporix but Izzy gets it with the Elasto Key. Later, they help Pop-Pop. Javi says it was good luck is what happened. Amelia quotes Solon. Ollie can't believe she agreed with him. He breaks a mirror and a water bucket falls on him. They say he has 7 years of bad luck now and a series of misfortunes happen to him. 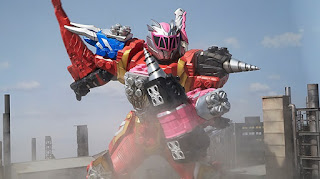 I'm not sure but I think this is the first time we have two girl episodes back to back. Last week was Izzy and this week is Amelia. It is interesting how Pop-Pop's accent keeps slipping between New Zealand and Brooklyn (?) and the monster Smashstone has a Russian accent. Russian is always used for villains in the U.S. because of the Cold War. This trope was recently criticized by Honest Trailers because of a antagonist in Lilo & Stitch.