Toys that went from Bandai America to Bandai Japan 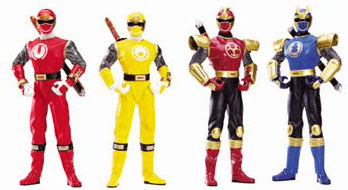 There was a habit around the time of 2005 that Bandai Japan copied Bandai America's toy habits. For excample, since PRWF (2002), there were these large Power Ranger figures with removable suits and sometimes removable helmets. 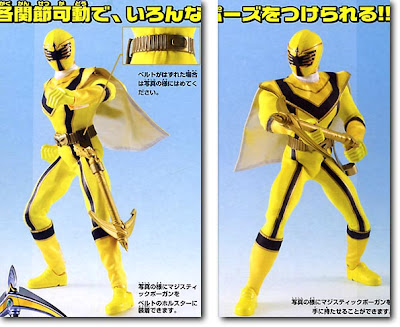 By Magiranger, Japan decided to have their hand in this and made them (red, green, yellow). Bandai America then just took the same toys and repackaged them for Mystic Force, they only made originals of Legend Red, Dragon Fire, and Solaris Knight. Japan only made red, green, and yellow. 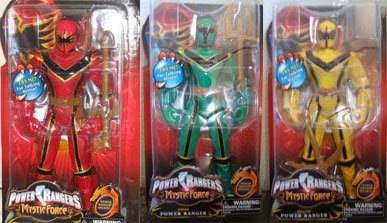 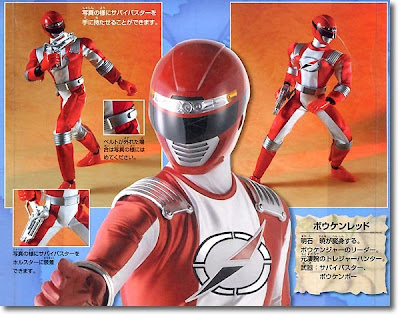 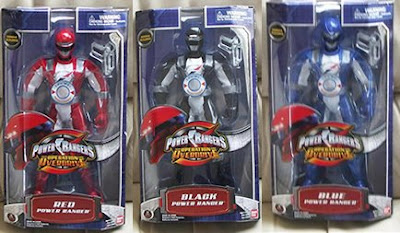 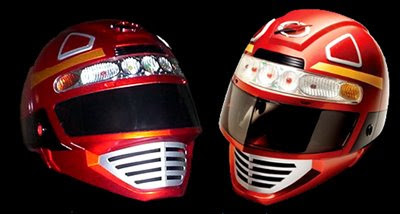 Bandai America made the Mission Helmet for PROO (2007) and continued in PRJF... 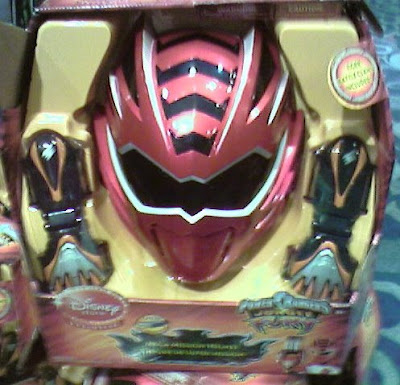 And now Bandai Japan made a similar Go-On Red helmet in 2008. 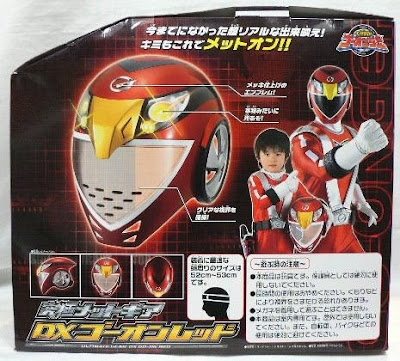 Chances are we will see a version of this, this year.

Now from Japan to America... 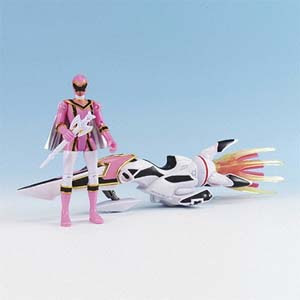 The figures from the Sky Hokis (Mystic Racers) in Magiranger were used as the regular action figures in Mystic Force. 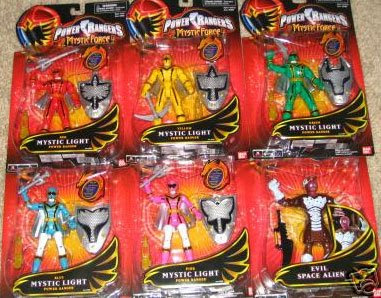 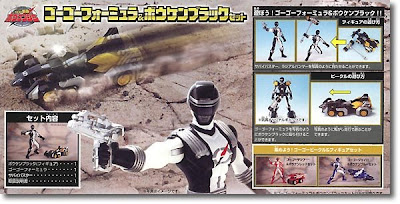 Bandai America had a habit of making rangers into zords since I think Lost Galaxy. Japan made their first in Dekaranger and in Boukenger. They were passed over to SPD and PROO. 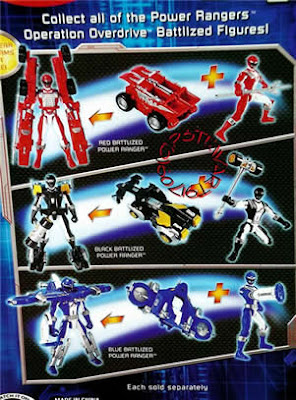 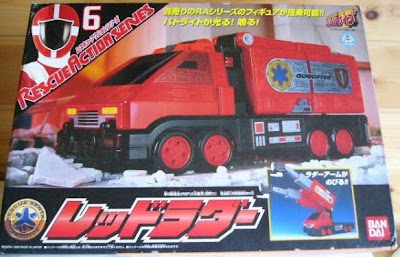 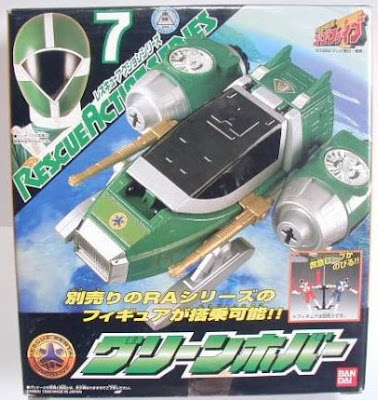 They then became Deluxe Vehicles/Rescue Zords - Aero Rescue Three and Pyro Rescue One. These actually came with figures. The green one came with Green and Blue. The originals had no figures but could fit them.

Posted by Lavender Ranger at 7:44 PM