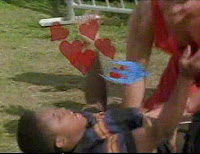 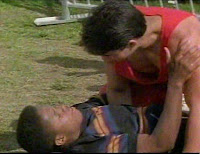 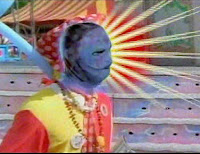 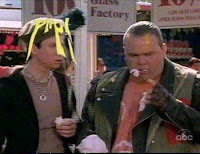 This episode was one of the only episodes I had in Spanish since I bought the tape. It was interesting to watch it in Spanish. For more information on the dubbing, check out the PRC site in Spanish. The episode was called "Dejate de Pajasadas," which means the same thing... essentially. Anyhoo, the additions are even more annoying and there is even more foreshadowing that is unnecessary. Now it's hard to tell which one is old graphics or which is new (the putty above). Well, I know the truth but still. 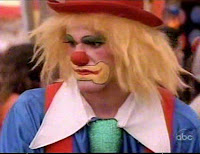 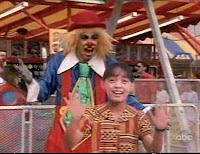 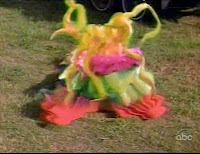 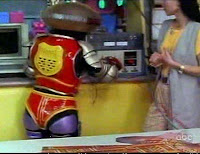 The episode is infamous because of the creepy clown and how he turned Trini's cousin into a cardboard cutout. If you think the plot is dumb, it's better than Zyuranger, where the evil plot was to make everyone sneeze. I loved the clown Pineapple, I wish the actor appeared as other monsters. I think he was one of the rare monsters that had a human disguise. Trini's cousin Silvia also appeared in a behind the scenes promo. Silvia is my sister's name. 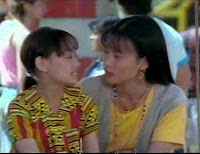 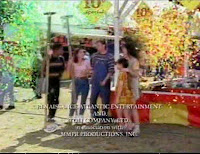 One more week for the Green with Evil Saga to start!!!!

Posted by Lavender Ranger at 9:35 AM

Do you know girls name that played Silvia?

It was creepy for me.