I spent like two hours online trying to find this series! I remember seeing it twice but didn't remember the name. I swear it was on NBC but it was on ABC. 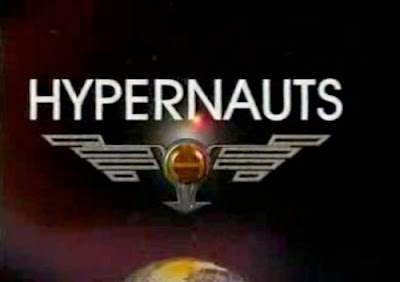 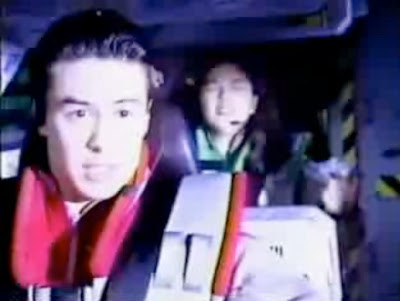 In 1996, the creators of Babylon 5 wanted to prove that CGI could be used more on TV shows so with DiC they created Hypernauts. Hypernauts was about three teenage cadets who get lost and discover an unknown alien species, the first alien contact. They wore different color suits, had their own color-coded mech suits, you know where I'm going with this. Even though they didn't fight monsters of the day all the time and was more like the Land of the Lost meets Star Trek, it was interesting. Only 7 episodes of 13 aired on ABC in 1996, before One Saturday Morning took over. It was developed and partly written by Kristy Marx, legendary writer and show producer for Jem in the 80's. It starred Heidi Lucas, best known as Dina of Nickelodeon's "Salute Your Shorts" as Max and Marc Brandon Daniel ("Fast Track") as Sharkey. But the leader, African-American Glenn Herman as Ace wasn't at his best on the show (delivering flat lines), one of the three that are still acting, recently had a bit part in "Flashfoward." Anyway, the show's aliens are a lot like the aliens from Babylon 5. And they apparently had the caveman equivalent of Yar Yar Binks, a small three-legged creature named Gloose (which their alien mentor friend called delicious even though she said her race respects life), which was kept as their pet, his appearances were minimal. The soundtrack was techno and sometimes annoying drama stings of the 90's. You can find a couple of episodes online.
Posted by Lavender Ranger at 2:04 PM

find van pires it was a good show like that