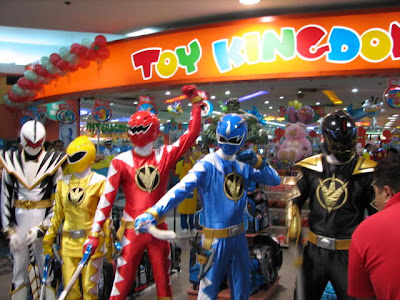 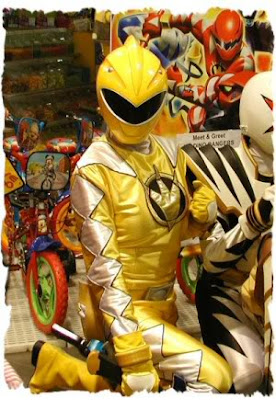 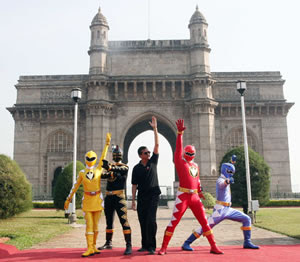 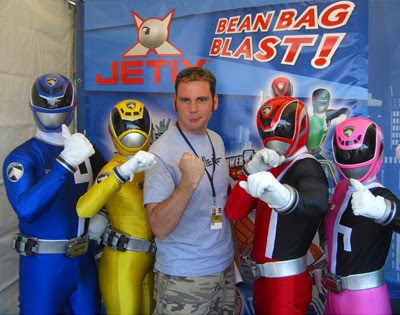 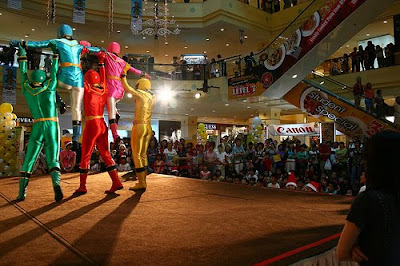 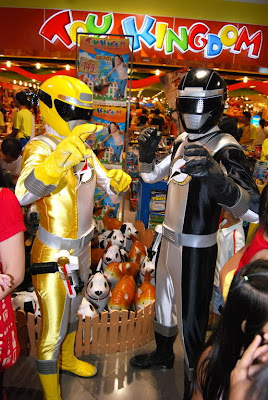 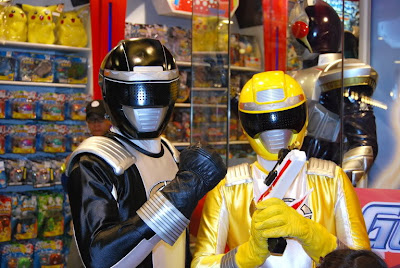 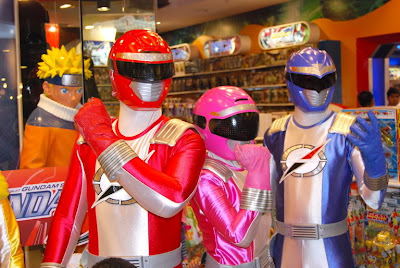 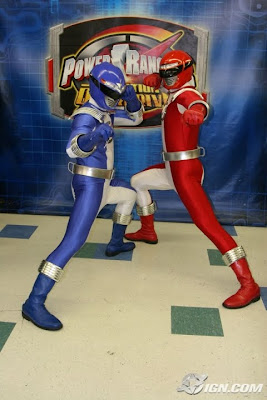 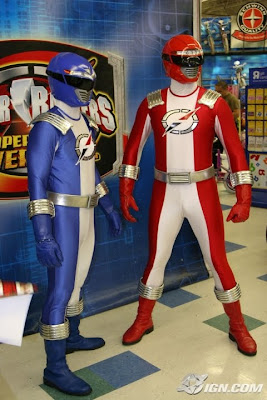 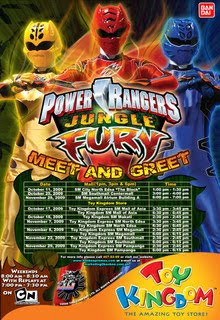 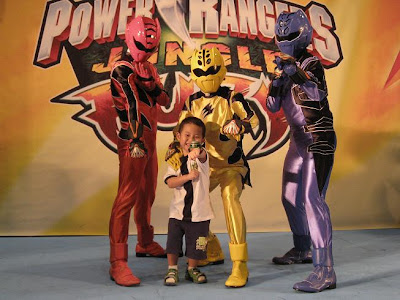 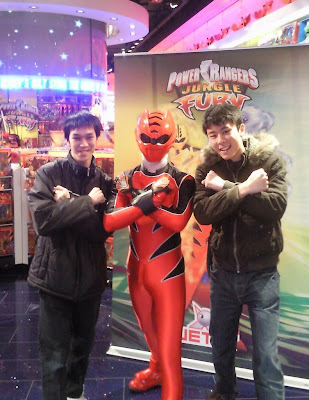 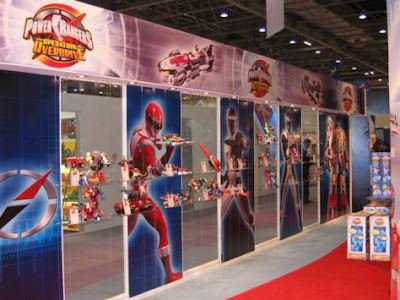 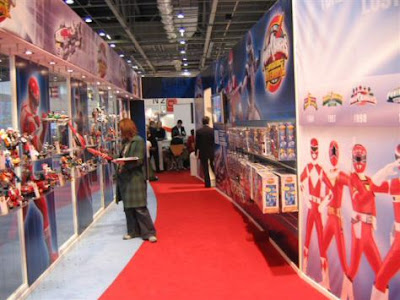 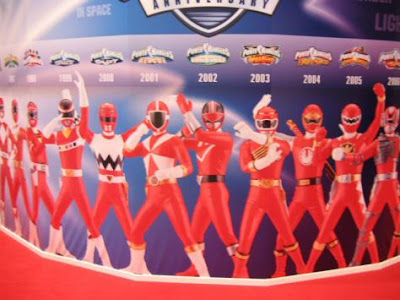 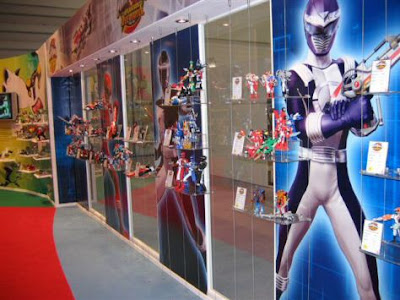 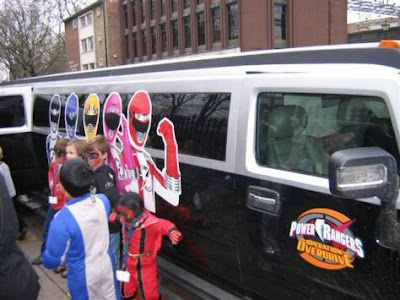 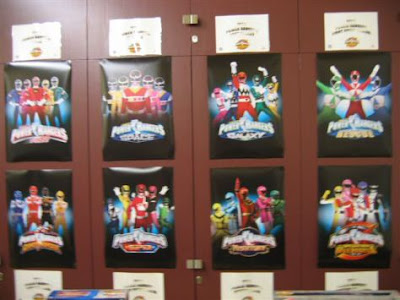 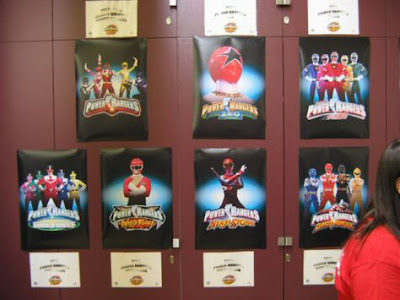 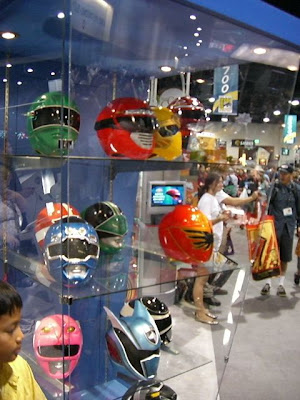 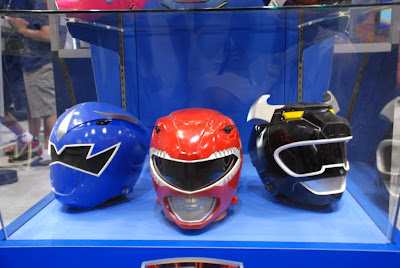 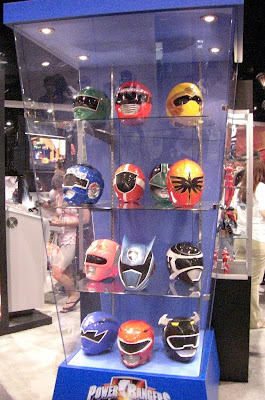 I do not know what city this was. They had: (Top Left to Right) Zeo Ranger 4 Green, Red Overdrive, Yellow Wind; (Second Row Left to Right) Blue Turbo, Red Lightspeed, Green Time Force, Red Mystic Force; (Third Row Left to Right) Pink Lost Galaxy, Shadow SPD, Black Space; (Bottom Row Left to right) Blue Dino, Red Mighty Morphin and Black Wild Force. And outside of the case they had the Red Sentinel Ranger Mission Helmet. This was organized by Bandai, they clearly forgot about the Aquitar Rangers. And it would have been nice if they had more yellow and pink.

Well, I like the Power Rangers toy kingdom in Philippines, USA and UK too. Off course, don´t for get the release in the Latin America (Mexico, Brazil, Argentina, Chile, Uruguai, Bolivia, Equador, Colombia and Venezuela) and Europe (France, Germany, Italy, Denmarc, Sueden and Greece) too. You know?

Do you have the pictures of that? I don't!

This one was actually from Malaysia.