Power Rangers did it First 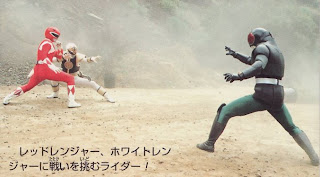 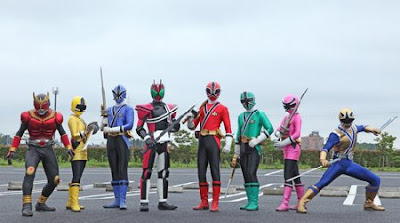 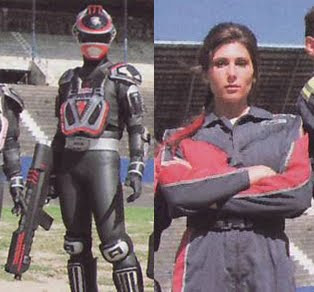 2. SPD A-Squad Red Ranger (SPD, 2005)
The first female Red Ranger ever, even before Super Sentai. Produced Bruce Kalish asked Disney if they could have a girl Red Ranger, they were weary about it but in the end, they did agree. The A-Squad had the helmets of the Megaranger/Power Rangers in Space with some modifications with motor-cross armor and SPD accents. The female SPD Rangers had no skirts. She had a whole black suit with red accents. 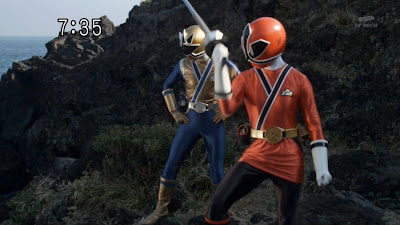 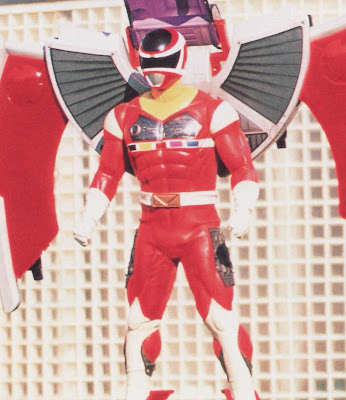 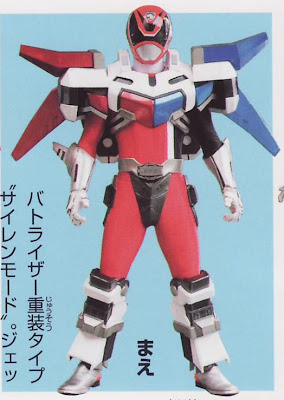 Battlizer (Power Rangers SPD/Dekaranger) - 2006
This is first Battlizer to ever appear in Super Sentai, as it didn't originate in Super Sentai, it first showed up in SPD. The Battlizer appeared in Magiranger vs. Dekaranger (2006), with its own transformation sequence and origin story. 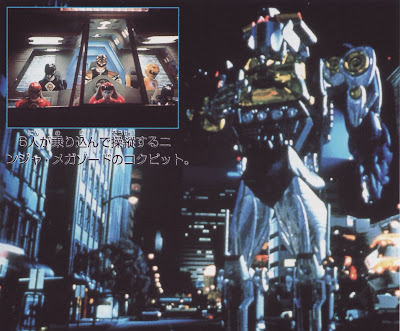 4. Ninja Megazord (1995)
In Mighty Morphin Power Rangers the Movie is the first use of CGI. Yes, not the greatest use but Super Sentai was still using stop-motion animation at the time. 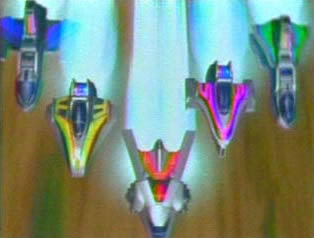 Timeranger (2000)
It was the first Super Sentai series to use CGI, it was used more extensively for Gaoranger, the zords and some of the animation of the Megazords. 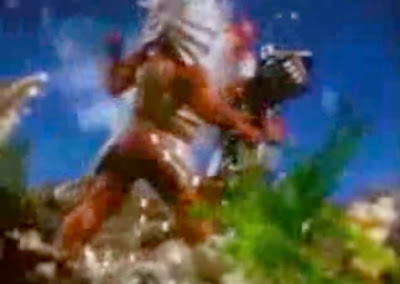 And correct me if I am wrong, but wasn't PR the first to have underwater Robo battle? Special footage episode "Oyster Stew"-last ep of Season 1. Ohranger had the Green Blocker under water (brief fight too) but the first real big battle of a Giant Robo was Shark GekiTohja in Gekiranger.

Posted by Lavender Ranger at 12:01 AM

Yeah and it also wasn't a common practice to have 2 females per team until Saban started castrating all they yellows.

The only good thing to come out of this was battlizers, even though the American-designed ones look fail.

I have something that the Rangers made before the sentai, in MMPR Season 3, the Rangers woke up the Metallic Armor Mode, a Alt mode of his transformation, something that would look super sentai Abaranger much later on (with Abara mode)