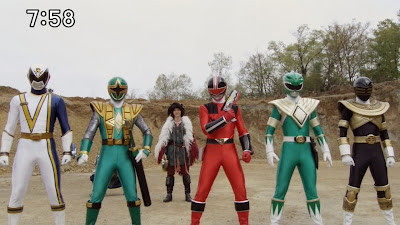 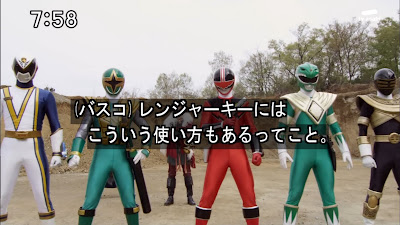 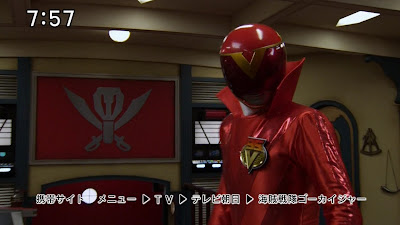 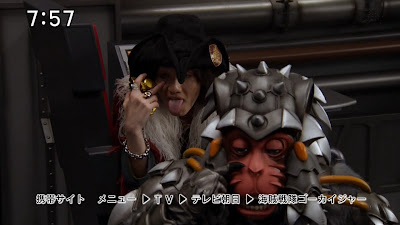 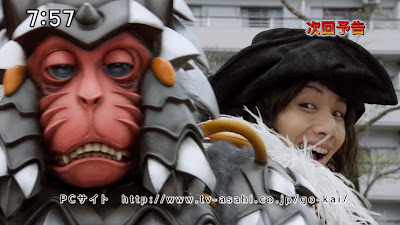 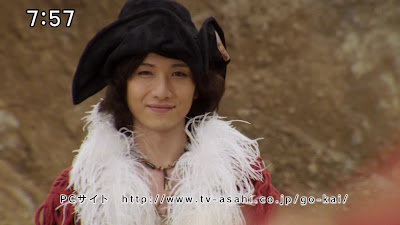 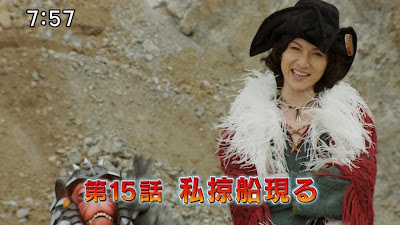 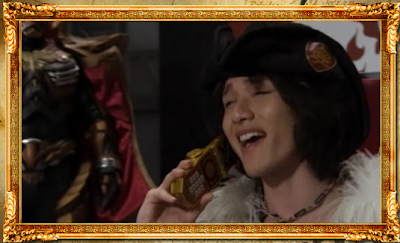 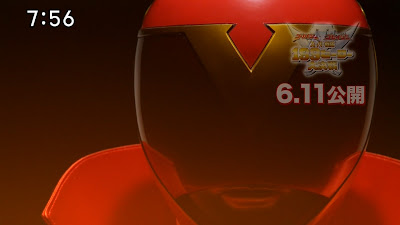 Posted by Lavender Ranger at 7:18 PM

Darn, Sid seemed like a pretty cool guy for Silver too.

where did you find this

Well from this pics he does look really femenine.He has the same affeminate appeal as Rio from Gekiranger and that guy from karmen rider.His eyebrows are done way to much to my taste.Thats one thing I have notice from asian actors.They all have their eyebrows shaped and marked.Some a little some way to much.But I really thought Cid was gonna be Gokai silver.

Well sid could still be Gokai Silver, maybe that guy is another Gokaiger not Gokai silver, since his morpher is gold he could be Gokai Gold.

Gai's still about to be previewed. We'll see him after Basco's intro arc.

Basco seems to have the power to summon rangers with the ranger keys. He's Gokaiger's Diend.

Don't forget that Gai has the Gokaicellular, not a gold Mobirates.

Wait so this guyis Gokai Silver then.

okay...so, Bosco is a bad guy and not GokaiSilver?

so.. hes a bad guy that can summon sentai sixth rangers?

The Captain Barbossa of Gokaiger

He even has a money.

Him looking feminine actually fits for a pirate. If you look at the higher ranked pirates ( mainly Captains ) a lot of them have a sorta feminine look to them. Those with beards not counting, ofcourse.
So he can pull a DiEnd to the Gokaiger's Decade. Wonder if he can henshin aswell.

kinda looks like the girler looking guy pirates on One Piece so this desn't out of place. if they have a 'are you a girl' type joke that'd be funny.

Is it Bosco or Basco?

I didn't think he was a girl. I just thought he was very piratey!
I hope he is GokaiSilver or he'll join the mutated guy from Boukenger!

We have Diend who "shoots" and now Basco who "blows"

He feels more like sexy cowboy than a pirate.

@gyozilla, sexy cowboy, you mean Hiroshi Miyauchi (he wishes he was a cowboy).

Actually, he looks like Mystery, that one guy who had that reality show on VH1 where he taught nerds people how to pick up women. People actually dress like this!

Someone should make a cowboy-themed Sentai. I always found it odd that almost half of the 80s Sentai seasons (Goggle V, Dynaman, Bioman, and Changeman) had at least one cowboy-themed episode.

i just saw this episode and i hate basco