How the Sixth Rangers related to the other Super Sentai

UPDATED 6/13/11 11:36 AM EST
I was asked before to compare how the Sixth Rangers got along with the main team and if they were accepted or not. 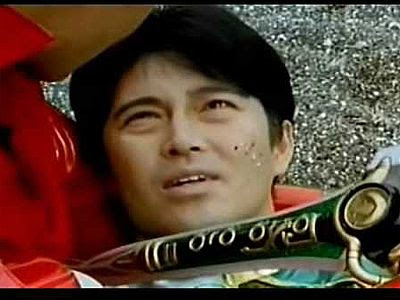 Burai and the Zyuranger
I'm not going through the whole complicated story but let's just say Burai was furious and wanted to kill his kid brother Geki and didn't want to join the team. He eventually would help him from time to time. When he died, he passed his tools to Geki.
Evil, don't join team instantly: 1

Kou and Dairanger
Kou as himself was considered a pest to Lin, but the others accepted him. They didn't know he was Kibaranger, he hid his voice and identity. They sort of accepted Kibaranger, he just came when they needed him and he was mysterious. He didn't appear in a lot of episodes either. When they did find out Kou was Kibaranger, they found it strange. They protected him because he was a kid and weren't comfortable with him fighting since he was just a kid, much to his chagrin. By the final episodes, they did accept him as part of the team.
Mysterious Helper: 1 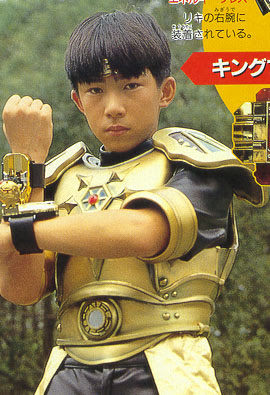 Riki and Ohranger
He was from an ancient civilization, even though some people call him a 'kid ranger,' he was a teenager, in fact he looked like one but was much older. I didn't see his episodes so I don't know how they accepted him or how it went.
Joined team instantly/eventually: 1 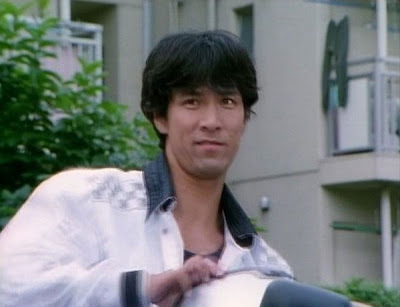 Yuusaku and the Megaranger
They instantly accepted him as he was the older guy (superior) and he didn't appear a lot. He appeared when they needed him.
Joined team instantly/eventually: 2 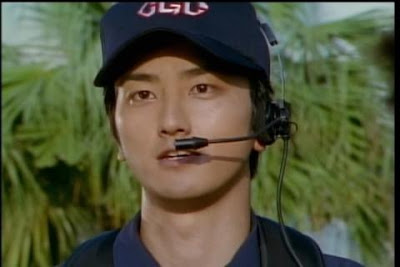 Shirogane and the Gaoranger
He was part of the original Gaoranger and was cursed to be Loki. When the current Gaoranger saved him, he became GaoSilver but felt bad about all he did so he didn't want to join the team. He was always the 'lone wolf.'
Lone wolf: 1

Goraijer and the Hurricanger
Even though they aren't sixth rangers, they wouldn't want to be part of the Hurricanger and never were. They had pride in their school and were trained since their little by their psychotic father, who wanted them to be the best ninja, even brother to kill brother. They looked down towards the Hurricanger.
Antagonistically, didn't want to join: 2

Shurikenger and the Hurricanger and Goraijer
He comes in and saves the day, he is mysterious and doesn't stay for long. His secret identity swapping gets on their nerves. The Hurricanger like him and the Goraijer don't really hate him, they don't get him but soon like him. He wishes he could hang with them but really can't (because of his responsibility of protecting Gozen and that he's not human anymore). He was the last 'hero' Sixth Ranger to die.
Mysterious helper: 2

AbareKiller and the Abaranger
Even though there was just four Abaranger and AbareMax is not counted as a sixth ranger but an upgrade, AbareKiller is consider a Sixth Ranger by Gokaiger. He was antagonistic towards them for years. He was the leader of the Evorian for a while. He didn't really join them until the very end. He could be considered an 'evil ranger' or even a villain. He eventually died.
Evil, don't join team instantly: 2 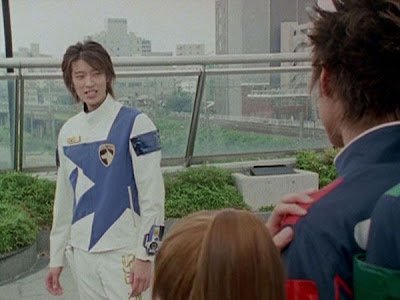 Tetsu and Dekaranger
Tetsu is initially cold and dismissive of the Dekaranger, causing Ban to be angry towards him. So him himself didn't want to socialize with them. He was taught to be this way by DekaBright, who later comes and scolds him for getting close to the Dekaranger. Even though DekaMaster came sixth, DekaBreak was advertised as sixth and he had the roman number six: VI on his suit and was treated as sixth ranger.
Antagonistically, didn't want to join: 3

Hikaru and Magiranger
Sungel is his name but Houka calls him 'Hikaru.' Urara kisses a frog and it becomes him. He makes a remark about her liking him and when she wants to slap him, she ends up slapping Makito. In the next episode, Makito is a bit jealous and upset at Hikaru but later turns around. Kai butts heads with Hikaru occasionally (even to the point that Snowgel downgraded Hikaru and had him follow Kai.
Joined team instantly but some head butts: 1

Eiji and Boukenger
Eiji is after the Ashu and Akashi likes him. Eiji tells him Akashi has no room for friends. Akashi tells him he thinks his mission is important. Eiji tells him not to compare them to each other. Akashi wants Eiji to join and sort of tricks him to become Bouken Silver, Eiji is not so sure, but he joins anyway. Natsumi sort of gets him into it. He occasionally comes to SGS and doesn't really follow Mr. Voice. Eiji butted heads with Masumi.
Joined team instantly but some head butts: 2

Gou and the Gekiranger
The others wanted Gou to join, but he was more upset about Retsu breaking his promise and was fighting. He conflicted with Restu and then Jan, who didn't exactly know how he would fit in.

Ken and the Gekiranger
He wanted to be accepted but wasn't for his laziness and arrogance, it took Jan to kind of accept him.

Genta and the Shinkenger
He wanted to join but wasn't accept by the Shinkenger. He was quickly accepted by the Vassals but not much by Takeru, Ryunosuke and Jii. Takeru and Jii later accepted him but it took an episode for Ryunosuke to accept him.
Wasn't accepted instantly: 1 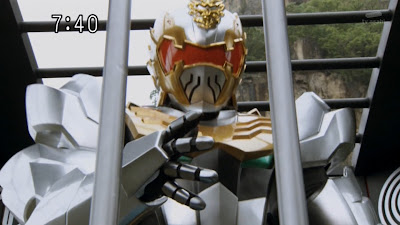 Gosei Knight and Goseiger
The Goseiger likes him and wanted him to join but he didn't, he didn't see the point of saving humanity, he only wanted to protect the Earth and fight the aliens.
Lone Wolf: 2 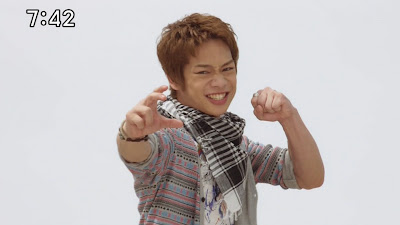 Gai and the Gokaiger
He introduced himself and the Gokaiger didn't pay attention to him. They didn't accept him instantly, but eventually did. Marvelous did warn him he about the danger of the Zangyack. They liked that he had Sentai knowledge. He did get upset when they would transform into the wrong team. He made a book for them and held classes---but some of them would leave. But they cared for him and ultimately put the choice of using the Greatest Treasure of the Universe to him. Also, they chose them to go with Marvelous to fight the big boss.
Wasn't accepted instantly: 2

typo at the goraijer part , suppose to be 2 but you put 3

maybe you should include x1-mask. or maybe not...

Great info! But still don't understand why GekiChopper was not considered as a sixth ranger.. He got a unique henshin device, a individual mecha etc... And the team didn't really welcome him at first.. Just IMO..

funny how more of our 6th rangers were accepted and joined instantly but only a couple didn't want to join. you should probably include the extras like Black Knight and Signalman since they're the closest to a sixth for those teams.