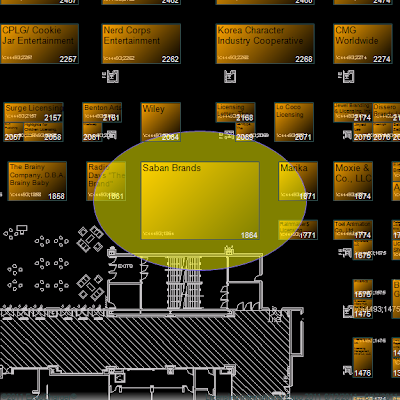 Last year at the Licensing Europe Expo in September. In October at Cannes they had the MMPR Rangers at an event. But they weren't there last June. Some fans that went are surprised Saban Brands have a big booth. The Expo is from 14 to 16. Sorry, no new info. 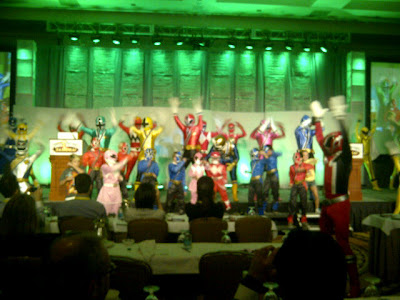 They had a 'Power Ranger flash mob' with adults in real suits and children in Samurai Halloween costumes of Samurai (blue and red) and Pink MMPR costumes. I don't think the Pink Samurai Halloween costume has been made yet as it is not here and there is no picture on the websites. Present up in this picture are MMPR Blue, MMPR Yellow, Lunar Wolf Ranger, SPD Red, Yellow Mystic Ranger, Red Galaxy Ranger, MMPR Red, Red Dino Ranger, Green, Yellow, Red, Pink, Blue and Gold Samurai Ranger. Also an unidentified Red Ranger behind Green Samurai Ranger. 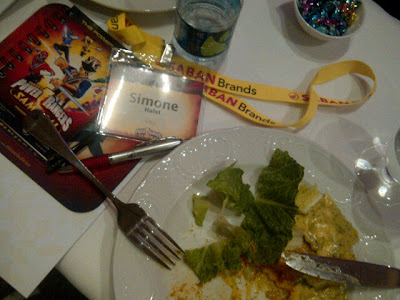 Someone tweeted this that was at a Saban Brands event. 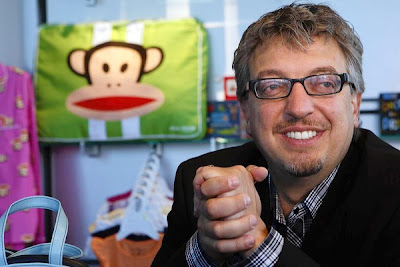 Non-Power Ranger News:
Along with a 2012 cartoon Christmas TV special being officially announced today, Saban plans to have 1990s fashion icon character Julius the Monkey power a cross-country Winnebago tour and a balloon in this fall’s Macy’s Thanksgiving Parade. They are planning the Christmas TV special of Paul Frank to be like Charlie Brown Christmas specials playing yearly on one of the big networks but are trying out Nick as well.