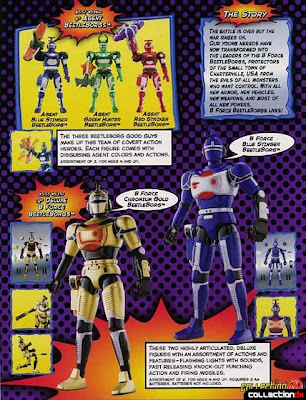 I can't believe I didn't do a post on this or even noticed. I think I saw the pictures once but didn't pay it mind because it looked the same as before. I'm talking about the toy line that came after Beetleborgs Metallix (the second season) which was called Beetleborgs Force. The reason there was no third season despite its popularity was because there was no third series for B-Fighters, they stopped making the series in Toei. Well, there was a sequel of sorts (B-Robo Kabutack) but it was more for smaller kids and wasn't the same so Saban opted not to use it. The two teams did appear in a Christmas special for B-Robo Kabutack but it might had been hard to explain the appearance of Kabutack and the existence of two teams. It is rumored that there was a third season planned without footage but instead Mystic Knights was created (which also was rumored to have a second season called Battle Thunder but the budget was opted to be used for Lost Galaxy). 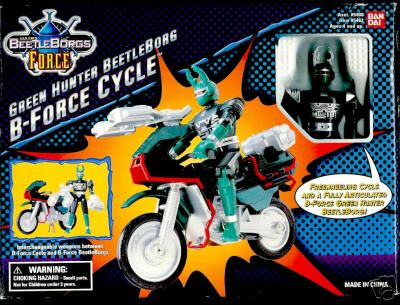 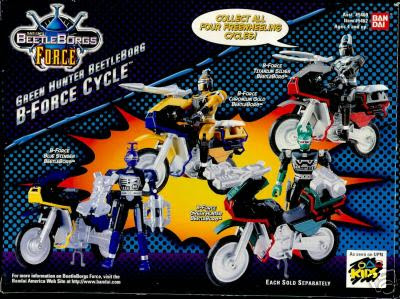 Some of these pics are from Toku Central, I didn't know these pics existed because my site partner Mike put them up and didn't, I didn't realize the different logo. This toy line came out in the fall of 1998 even though the series stopped new episodes in the Spring of 1998. Reruns did air on UPN from Fall of 1998 to Spring of 1999. 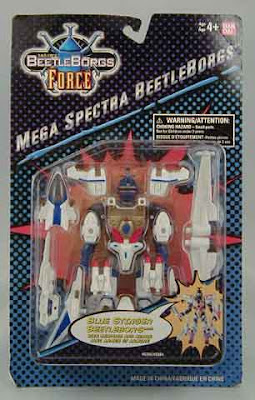 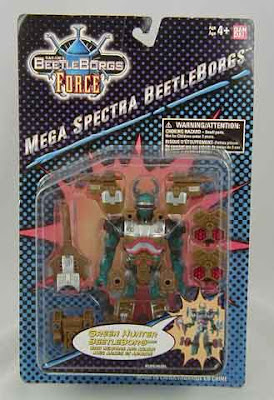 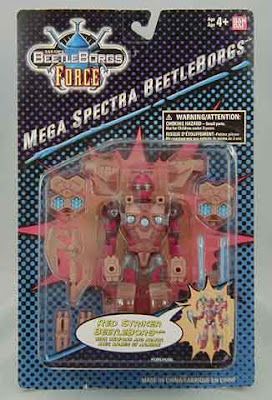 This 'Force' line had both teams, here is just three pictures. So I think the third season wouldn't had been called 'Force.' 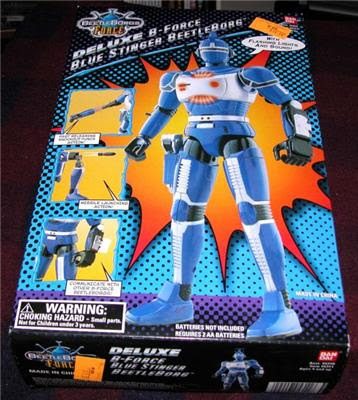 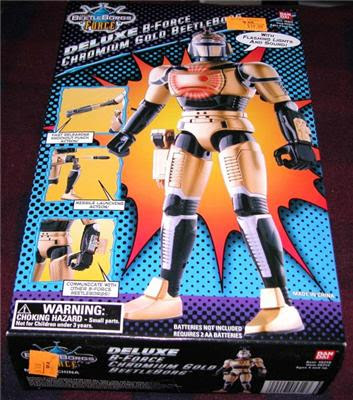 These two deluxe figures were based on Jansperson, a Metal Hero from 1993. He was just one hero, and not a team. 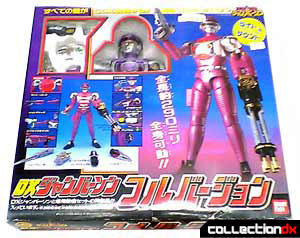 Bandai and Plex could had easily designed new suits but I guess Saban didn't think it was worth his trouble and money. The series itself was jam-packed with so much stuff like the Hillhurst monsters and the comic book store and the kids special powers, that they didn't have to do a lot of battle footage. And since they used a lot of Beetleborg monsters for Power Rangers and Mystic Knights, I'm sure they could had reused them again. They could had easily done episodes without battle scenes and concentrated more on the monsters. The road that lead to the Beetlborgs becoming Metallix took five episodes! Plus, the Mega Spectra Sector Cycles and Mega Spectra Armor were American, so they could had kept using those suits and could had brought back the White Blaster Beetleborg. Oh well, I should stop dwelling in the past.
Posted by Lavender Ranger at 11:02 PM