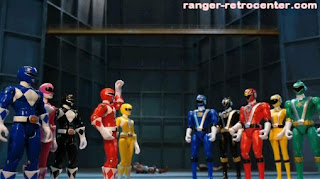 Now, how does that title make you feel? Does it make you angry? I didn't put the title to make people angry but to just be eye-catching. Yes I am guilty for exploiting that. Anyway, I bring it up because I am tired of that comment and it has been said every since the 80's when the boom occurred of toys for children series. The following shows and not only these (there are many many more) have been accussed to being 30-Minute Toy Commercials: 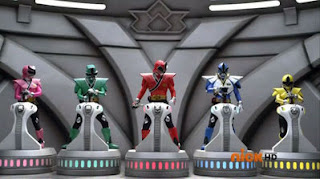 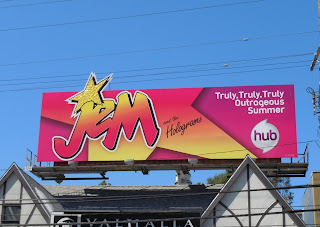 I have the DVD to Jem and in one of the audio commentaries by head writer Christy Marx, she also wrote for G.I. Joe and Transformers: Beast Wars; she spoke of how not only her but others have been accused of writing for toy commercials. She expressed how she tried to be creative even within the restrains of what she was being asked to do by her bosses, most likely Hasbro the toy company. So Power Rangers writers might feel the same pressure, to introduce something new from the footage or something new, promoting a new toy. Yes, it can said that they are only introducing a new arsenal or suit just for toys, but writers try to make it make sense within the context of the show. Or sometimes they don't.

Super Sentai, which PR comes from, can be said also was made to sell toys, but they make less amount of toys than PR and less amount in quantity but a higher quality because Japan is a much smaller market that America. It is believed that Bandai has to make more amounts of toys because of the American population and also, their toys (at least their version molds) are also sold in Canada, Mexico,  Central and South America, United Kingdom, Germany and the rest of Europe while the Japanese toys are re-made for other Asian countries like Korea and Thailand. (Or in the case of the Centaurus Wolf Megazord, in the UK and Philipines too). 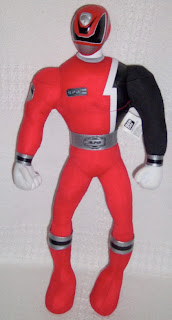 My point with all of this is that with complaints that certain things are added to Power Rangers is to sell toys, it has been said for many many other shows before it. So it can be said for any other show. Even characters that were not original made to sell toys like Superman, Batman, Ninja Turtles, Spider-Man and Spongebob, have done so years later. The first four were designed to sell comic books anyway. Everything is design to sell something. Shows like "Modern Family" or "Ice Road Truckers" can be said to sell ad space, but it is just a small factor of what they are and I think the selling toys factors is a significant part of Power Rangers but not the only part. I worked in Television and I love Television, I believe it is a platform for a lot of things including storytelling and entertainment. TV is a medium that is ridiculed for 'killing brain cells' but it spun my imagination. And I think you are capable of telling any story you want with Television, despite low budget.
Posted by Lavender Ranger at 12:13 PM

WHAT?! But that would mean that television is a commercial industry! That's just... just... inconceivable!

I've heard this for so many years and people act like its something new. When my Dad was a kid he used to watch shows like The Colgate Comedy Hour and read Major Matt Mason comics were Matt jumped from vehicle to vehicle in order to save the day, so its something thats been around a while.

I'm not in the age group that hangs around toy isles anymore so I don't mind so long as they can make a good story with the program they are presenting.