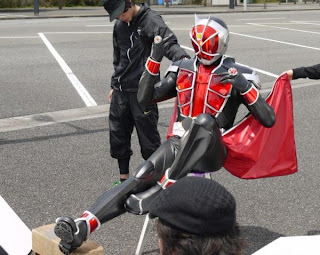 He seems to have a skirt/cape thing. So the new Rider is red, Fourze is white, OOO's initial form's top was red, Double was green and black and Decade was pink (magenta is pink). Interesting. 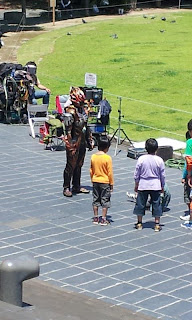 Here are photos of a possible filming of Kamen Rider WIzard. This could be the second rider. 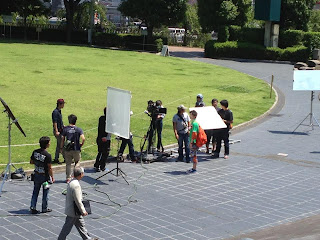 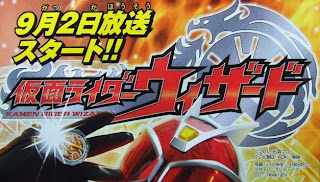 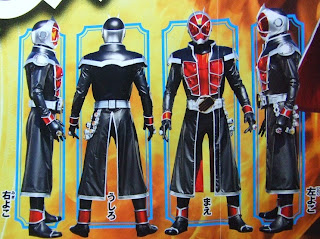 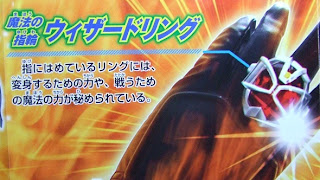 The rings that are used to transform are “Wizard Ring.“ These rings will provide Wizard with magic and various powers.

I'm surprised that they decided not to do another ridiculously-spelt-ridiculously-pronounced name this time.
(i.e.:ZX pronounced Z-Cross, Blade(using the kanji for sword ”剣”), Faiz (spelt using 555 and Greek letter phi),Double (using the letter "W") and OOO.)

others are considerably normal as they're in katagana and kanji and pronounced correctly they are meant to be.