MMPR: Connections to "Life's a Masquerade," "Gung Ho" and "Island of Illusion"

Re-watching Mighty Morphin Power Rangers again, I knew about this but I decided to do back to back comparison to explain it. I just felt like doing it now since I have time. Basically "Life's A Masquerade," "Gung Ho," and "Island of Illusion" Part 1 and 2 episodes were not connected (well the Island of Illusion were connected) but in the original footage of Zyuranger, they were. They were four episodes as well, Episodes 28-31, Great Upgrade! Clay Monsters, A Mystery!? The Attacking Beast Cavalry God, Satan Comes!!, and Reborn! The Ultimate God. 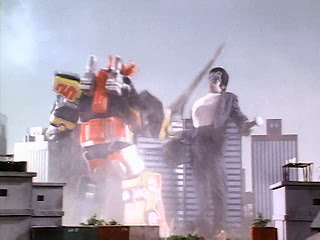 In "Life's A Masquerade," the rangers fight the Frankenstein. 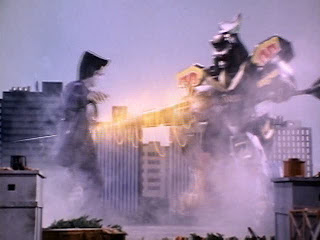 The Rangers form the MegaDragonzord (Dragonzord in Battle Mode) and put the drill in the monster briefly. 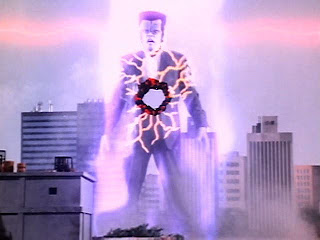 They do the final attack and the monster breaks up and blows up. But that doesn't happen in the Japanese series. 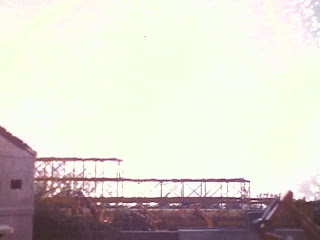 The explosion in MMPR 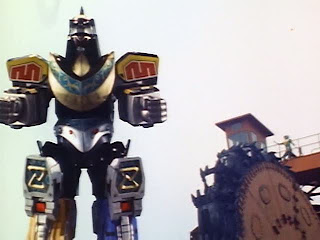 Tommy talks to the Rangers in the Dragonzord quickly. 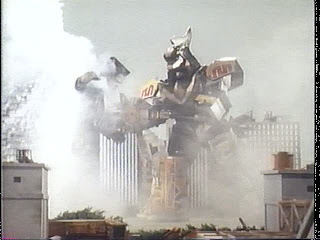 In Zyuranger, the scene is longer with the drill and we see it be pulled out. 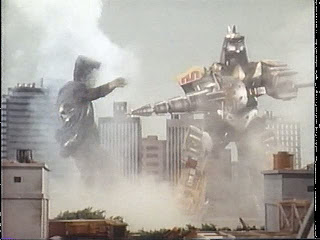 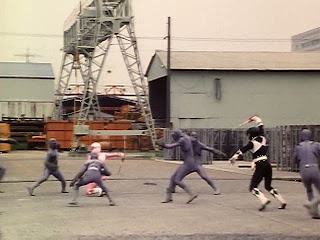 In "Gung Ho," the Rangers fight the Super Putties.

Left is MMPR, right is Zyuranger. 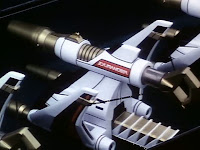 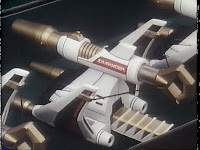 The Thunder Slingers for Zyuranger. Zyuranger name does appear in MMPR episode. 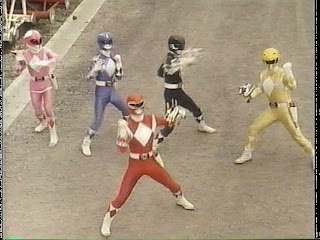 The Zyuranger with the Thunder Slinger. 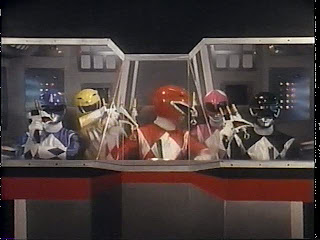 The Rangers with the Thunder Slingers in the cockpit in Zyuranger but not in MMPR. 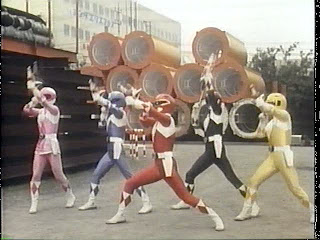 They still fit the Frankenstein monster (DaiFranke) and go out of the 'zords' and shoot with their Thunder Slingers. 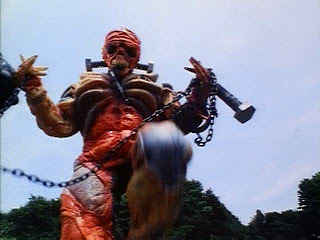 In "Island of Illusion Part 1," we see Mutitis, a monster Rita makes. 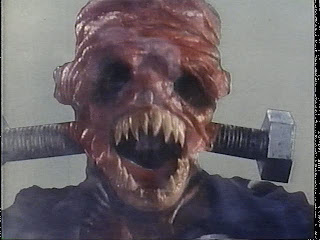 But in Zyuranger, the Dora Franke becomes the 'Mutitis' monster which is ZombieFranke. 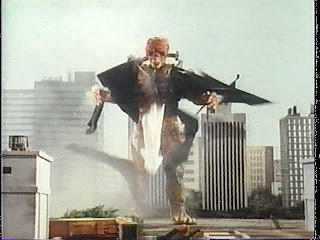 The clothes peeled off, this sequence is a bit gross so understandable why it is not in MMPR. 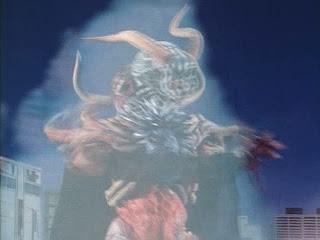 In Island of Illusions Part 1, Lokar blew smoke on Mutitis and made it into a few form. 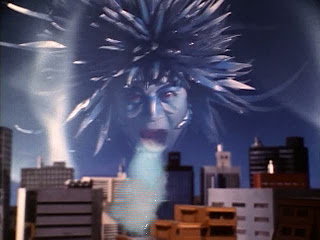 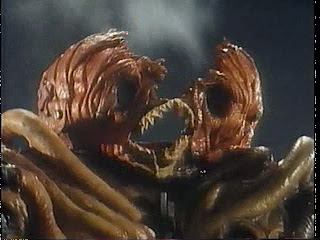 In Zyuranger, the sequence is longer. ZombieFranke becomes SatanFranke in a much grotesque way. This sequence was shorten for MMPR. 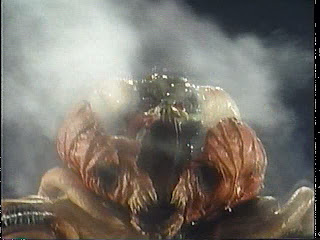 Posted by Lavender Ranger at 10:38 PM

Also isn't Frankenstein visible in a scene in "Gung Ho"?