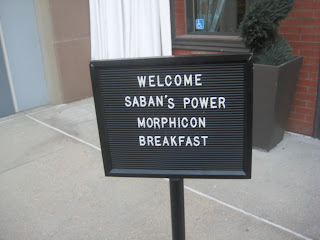 What is Power Force to start off with? Power Force started off as 'Super Fans Power Force' a month and half ago. Everyone had to apply by August 6. They already had a few that were already there: Lisa J of No Pink Spandex, FuryDiamond of Ranger Crew Blog, Joe Rovang, Keith Justice, my Rangercentral.com web partner Mike Bastian, Bruno of MMPRtoys, the leader and creator of Power Morphicon, and others my jetlagged mind can't recall at this moment. I'll link you guys later!!! So anywayz, I applied and they selected a total of 20 out of a thousand or more according to Saban Brands president Elie Dekel (which I had a quick sit-down chat I will discuss later). So we were invited to this super secret breakfast on Saturday at 9:30am. 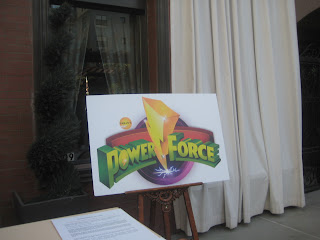 I didn't even know what Power Force was. They got rid of the 'Super Fans' name because of fan outcry. Basically, Saban Brands wanted a small group of people on the internet that have been the voice of the fans and also contributed a lot to the web-based fan groups. So we are your voice, tell us what you think and we will let them know if we can. Some people said it was like 'selling your soul' but this is a great honor and it was just so AWESOME. Especially for a guy who has been 'wasting his life' like my mom had said for 13 years on my websites SuperSentai.com and RangerCentral.com for 10 and Henshin Grid for like four. I totally understand about the feeling 'why not me? I want to be included.' I felt the same way about the Fan feature of the DVD box set. I felt left out. But you are always going to be left out. They say they are planning to do international groups like Power Force too. That their licenesses want to know our thoughts and input on products. Throughout the coming year, they will be contacting the group for feedback on specific topics. 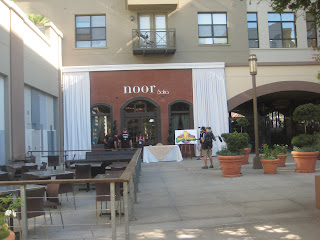 The breakfast was held at Noor Sofia, which was in a mall across from the Pasadena Convention Center where the PMC was being held. We were told we could bring one guest. We did not know what to expect. I didn't know if we could take pictures or video or what. It was nuts. But basically we waited outside till they let us in. They gave us name tags. We entered and they had the banners of the Samurai and Megaforce Rangers and screen saying 'Power Force.' We sat for a beautiful buffet. Make A Wish kids and select families were there as well. Not all the Power Force members could go, as it was an event next to the Power Morphicon. Keith Justice's wonderful friend Allie offered to go in place of my web partner Mike Bastian. 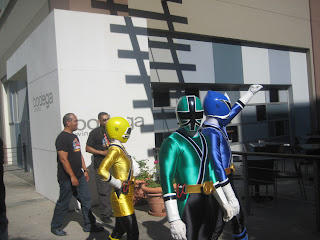 Before we entered, people in Samurai suits came to say hi to the kids and do photo ops. 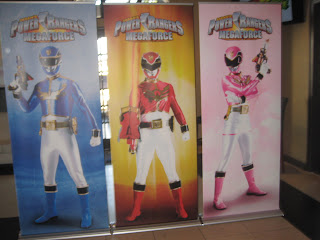 Let me say some brief beautiful things about my fellow Power Force Members I had the privilege to meet. I did not interact with them all but the ones I did, I have these things to say:

Jay (Morphin Legacy) - Got to spend most of my time with him. We had an instant rapport. Sometimes we are about to say the same thing. He is also gay and we had lots of fun going up and down the halls of the convention center and the street blocks near by! I had a blast with him. He was a funny and urbane person and he probably knows that reference or tilted his head like Scooby Doo. 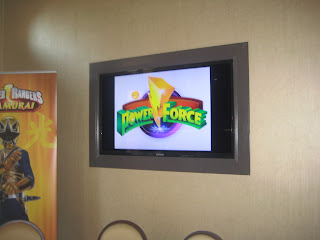 Lisa J - Funny charismatic outspoken woman.
Burgundy Ranger - Intelligent and Knowledgeable and easy going!
Joe Rovang - Man of few words and oh so modest.
Keith Justice - Super fun, happy person, great to be around.
Black Nerd - Awesome funny dude.
Fury Diamond - Headstrong leader-like man of few words as well. But I think I heard him speak more than Rovang. Hee hee.
Everyone else I didn't get a chance to really get to know. 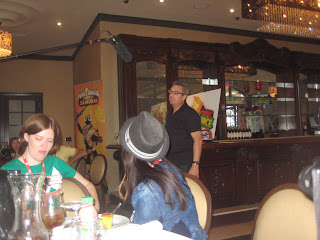 I was hoping Elie Dekel would be there and he was. I was hounding FuryDiamond about it for a week or more. I wanted to meet him so bad! He spoke a lovely number of things, some I caught on video and will upload soon. Then surprise surprise he introduced the Samurai cast. 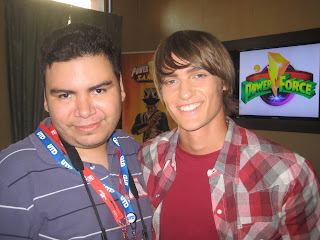 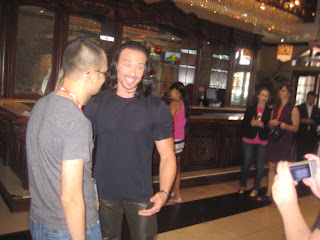 So I was so shocked when Rick Medina came out. But we were bummed Hector David Jr and Steven Skyler were not there. We got to meet and greet and get autographs. 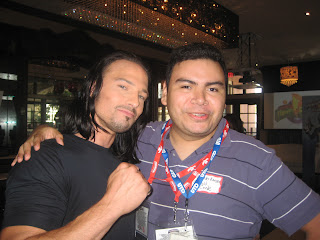 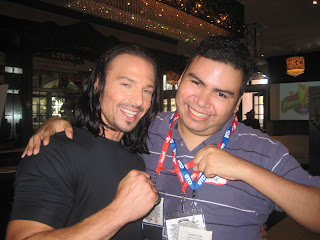 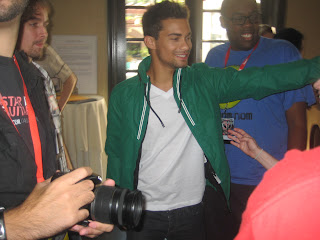 Then you know who would happen to show up... 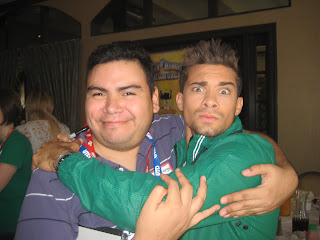 Fan favorite Hector David Jr! Who was so down-to-earth, very forthcoming and Jay almost lost it when we were speaking in Spanish. He said he was heading to the Bahamas soon. 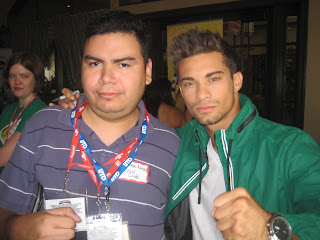 UPDATED 9/20/12 6:43PM EST
Someone asked why I didn't take pics with the other castmembers. There just wasn't any time. I didn't want to push off kids. I got to talk to Erika Fong and Britney, who has a cute nose ring. Here are my take on the Cast:
Hector - Easy going, hyper, open
Erika - regal, sweet
Britney - She sounds so much like Emily! She IS Emily. Somewhat. I think she is more edgier than Emily in real life. She is very modest but also coy. Sly.
Alex - A delight, I missed an opportunity to ask about his shirtless pics but it was a family event anyway.
Rick - Oh my god! He loves fans. He is so nice. I thought he'd be a douche but he's not. And he is just so charismatic and those eyes, sigh.
Najee - I didn't have a chance to talk to him. I saw him around, he seemed nice. Hector makes him laugh a lot. 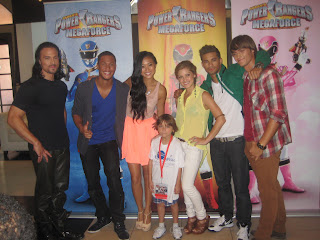 I will uploading video soon and explaining about my chat with Elie Dekel. The breakfast ended around 11 or so. They got to snack a bit and everyone ran out and I was alone. Thank god Jay stayed. We got swag bags too. 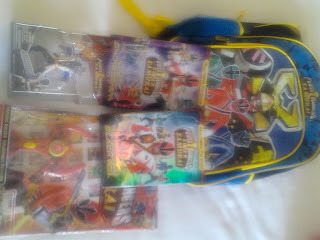 We got a Samurai bookbag (I think there were 3 types), a Super Samurai figure (either Blue or Red), a UK Samurai Magazine (Either with a red toy or Mystic Staff), two Super Samurai DVDs and a Super Samurai Large T-Shirt. Thank you Saban Brands, Elie Dekel and Marni Landes!

Posted by Lavender Ranger at 7:52 AM