PMC3: Great Moments with the Guests 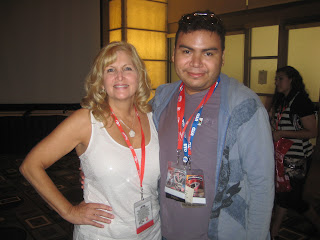 Here are some little moments I remember having with former cast, guests at the Power Morphicon:
Posted by Lavender Ranger at 11:29 AM

Hey Lavender Ranger. The nice guy was me: Matthew. Nice to know I'm known as a nice guy.