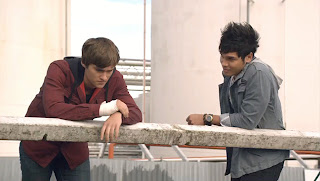 Exposition sequence first and then 'Previously on Power Rangers' scenes run. Antonio catches up with Jayden and Jayden wants him to go to Lauren. Antonio goes for breakfast and comes back to find Jayden gone. Opening Credits. 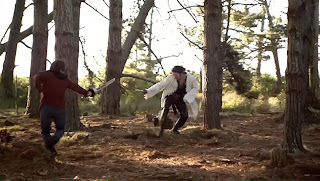 Jayden bumps into Deker in the forest, they talk the same old story over again. Jayden decides to 'finish this' and they fight with their swords. They morph and continue to fight.  Lauren practices on her own with the Light Zord as the others watch. 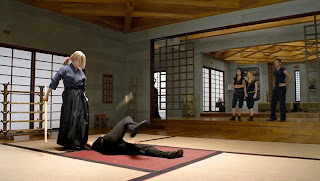 Jii tells them to spar with her. Mike volunteers, being smart-alecky and the gang tells him to not challenge her like he did to Jaydne. Mike says that she is not Jayden. She bascially kicks his butt. She asks who is next and the others volunteer Kevin. Octoroo uses half his life force to power up a monster. Commercial Break. 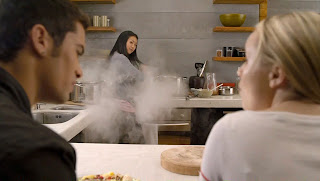 Jii finds Jayden fighting Deker in the forest. Mike tells Lauren all her training wouldn't prepare her for Mia's cooking. Lauren surprises the gang by enjoying Mia's food. Jii comes to Jayden's  aid, telling him to stop and Deker uses this to his advantage, Jii gets hurt, Jayden and Jii get knocked down a cliff by Deker and they land near water. Deker rolls away. They leave because of a Nighlok signal. 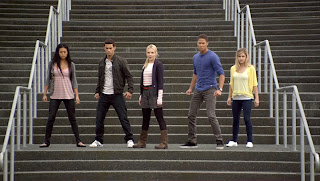 Antonio bumps into the monster and fights it. He gets beat up. The others arrive and morph. Lauren kicks butt. Jii tells Jayden that he is proud of him and they reflect on when he was little. Jii tells Jayden that if he needs to fight Deker, then fight Deker but not for the wrong reasons. Commercial Break. The others get beat up. Lauren goes to super mode. The monster grows so the Rangers call their zords. 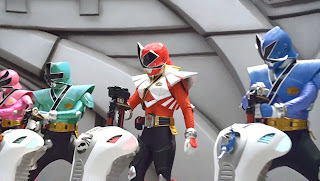 They destroy the monster but it surprises them with a third life he got from Octoroo. They form the Gigazord and defeat him. Antonio is hurt and the gang come to his aid in a comedic way. When Jii arrives, they all go to him and drop Antonio. 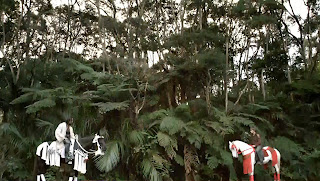 Jii tells them about Jayden. Jayden is confronted by Deker on a horse. Jayden calls his horse and fights Deker. To Be Continued. 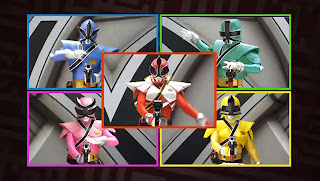 Review:
Sorry, because of personal reasons I couldn't put up the review yesterday. But thanks to Nickelodeon that they repeat the episode at 8am. I didn't like that they skipped the part when the female Red Ranger shoots big Moogers with the Bullzooka but oh well. It was a good ep, it feels incomplete because it is just one part of more. Also, why doesn't Jii have a full name?! Also the Japanese gave the female Red Ranger her own morphing sequence, why didn't Lauren get one? Lauren gets two clips in the opening sequence, why not a measly morphing sequence? The comedic scene of Antonio was weird since Bulk and Spike were missing, that is two episodes they are absent for. I guess they won't appear until the finale.

Posted by Lavender Ranger at 8:23 AM