UPDATED 3/3/13 7:30 PM EST
Here are previews to the series 2 coming out in APRIL!
http://www.facebook.com/PowerRangersCards 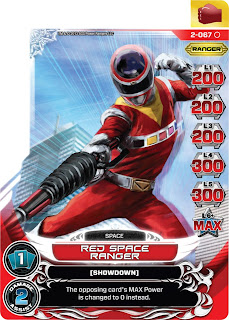 FuryDiamond of Megaforcecast.com confirmed that Guardians of Justice will be a booster only set of 115 cards from Power Rangers S.P.D., Ninja Storm, Lightspeed Rescue, Lost Galaxy, In Space, and Mystic Force. These are preview cards, hence why it doesn't have the barcode on the sides. 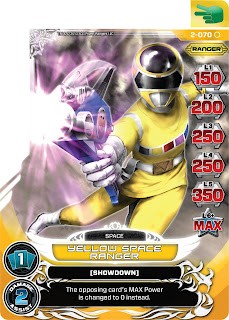 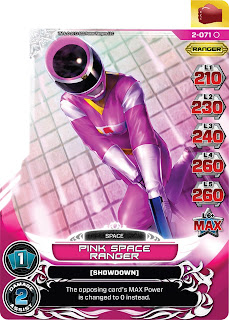 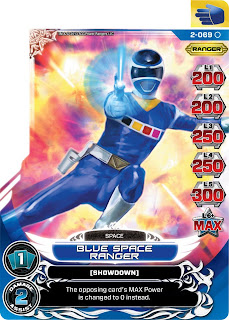 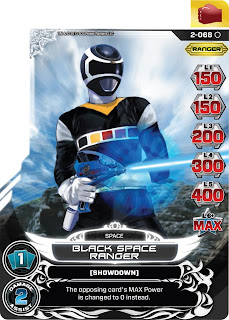 Fury Diamond also got these questions answered from a Bandai Rep in the beginning of last month.
Q: What does the P stand for in the product cards? A: P stands for "Promo". The Set will use 1-### for Set 1.

Q: How many cards are in Series 1?
A: 90 cards in Set 1 and 30 exclusive cards in Set 1 Starters for 120 cards total. The starter has 40 cards and is made for a 2 player game. But an actual Deck requires 30
cards so with the starters can you customize a legal 30 card deck.

Q: How many series are there going to be? When can we expect Series 2?
A: Series 2 has already been created, and will come out sometime in April with Series 3 sometime this Summer. Each Set will introduce more TV series, in set 1 you have
Megaforce, RPM, Samurai, Super Samurai, Mighty Morphin.

Q: The current version of the App Scanner doesn't play the new cards. Can we expect an update this month for those cards?
A: Yes, an update to the app is coming shortly. 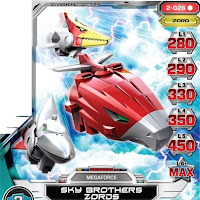 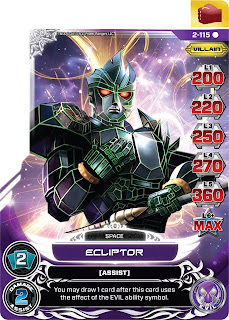 Power Rangers Action Card Game Facebook says:
You are all such great fans, since the Power Rangers ACG Series 2 "Guardian of Justice" previews have begun we have gotten over 200+ likes. As a treat, we'll show a NEW Ultra Rare for every increment of 100 likes we get from here on out, and make sure to check back each Friday for Ultra Rare Fridays! =D
Posted by Lavender Ranger at 7:42 PM