I love suit actors and I haven't checked out who the stunt actors are until now. It seems that Hirofumi Fukuzawa who played Red warriors for a whole decade (from Gaoranger to Gokaiger) has retired. He wasn't in Go-Busters so I thought he was on a break or something. I am glad Mizuho Nogawa is back as a female warrior. Yuuichi Hachisuka who played Yellow Buster, Gokai Yellow and Gosei Pink must be on a break as a ranger (hopefully), he is back to villain.

KYORYU BLUE
Masashi Takada plays Kyoryu Blue. I am not aware of anything else he has done. 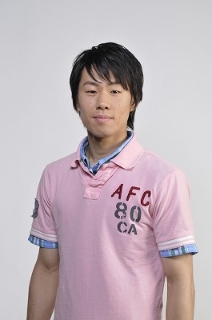 Chaos: Hideaki Kusaka
He has portrayed too many to mention--but to name a few, he has played Doukoku (Shinkenger), Tottobatto (Zyuranger), and Gunther (Fiveman) for the bad guys and Kabuto Raijer, Abare Black, Deka Master and more for the good guys.