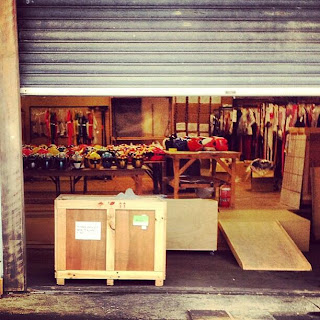 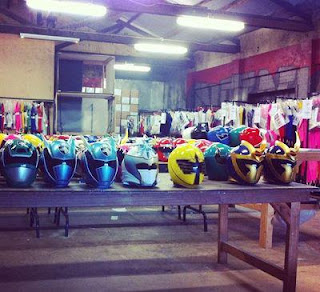 As always, I will be compiling the spoiler pictures from Super Megaforce for every week. So come back to this post every hour tonight apparently to check for more pics. Click 'Read more' on the left. 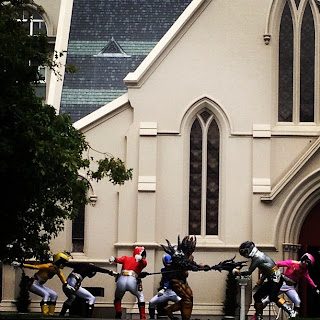 Here is a new pic. This pretty much confirms GokaiSilver as the new Silver Ranger for next year i.e. Silver Super Megaforce Ranger. But this is what I feared, the Goseiger with GokaiSilver. Oh well, they do transform into the Gokaiger suits. The monster is from the Abaranger tribute in Gokaiger, episode 29. 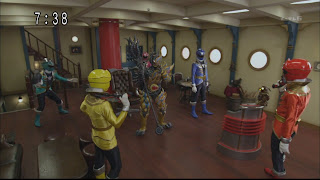 Monster from Episode 29 above. 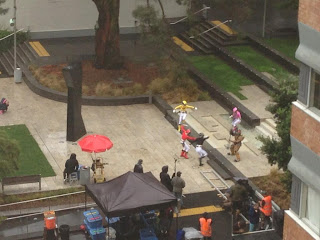 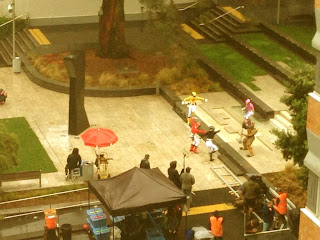 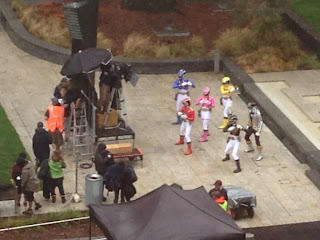 Here the Megaforce Rangers are tranforming, they can't be seen clearly but they have Mobirates (Gokaiger morphers). 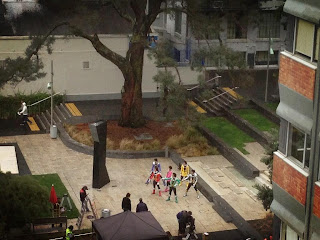 Here they are transformed into Super Megaforce. (These are the stunt actors without helmets, we won't be seeing this on the show) 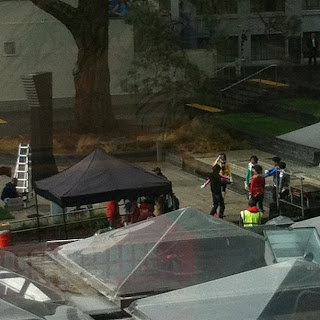 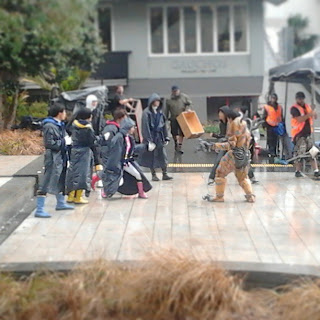 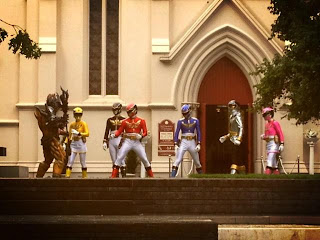 Is there a way to set spoilers to actually be hidden? An image is an image and once you see it you can't unsee it. And frankly, the human eye is drawn to the image before they even notice the word "spoilers" so... Figure something out about that.

Since this pic isn't that spoilery i didn't bother but the other posts have the hidden factor. And because the others have "SPOILERS" this one too.

I (nightmere10) found the picture of the helmets

i must say i'm not looking forward to the whole goseiger with gokaiger thing saban is doing... i totally wouldve preferred a straight gokai adaption... well they'll have to work extra hard now to make me enjoy season 2

furthermore, by having goseiger suit transform into gokaiger suit, it is better if they only use their own action. noah does not match with gokai blue, so is jake with gokai green. gokai blue in japan footage works with yellow the most (which is like gosei black and yellow). if they use the japan footage, jake is suddenly working with yellow which somehow does not make sense.

A thought: So the megaforce suits are essentially like the ninjas from MM3, while the pirate forms are more like the classic suits from the same year. So we're gonna see them morph into megaforce, then into pirates, then into whoever they're changing into on that particular episode? That sounds like a lot of morphing, which isn't good since megaforce has been a lot of just morph straight away. i know that the gokaigers didn't exactly do unmorphed fights all that often, but factor in the pre-fight, original gosei suit fights. this will leave way less than 5 minutes of unmorphed stuff.