A.K.A. Lavender Ranger's Speculations for Super Megaforce
If you do not want to be spoiled, don't press 'Read more.'
Press 'Read More' for more. 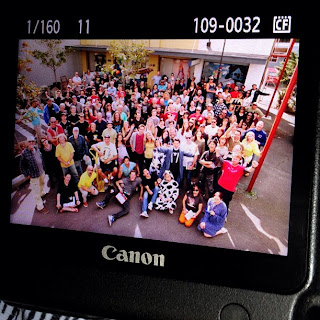 So now those that like getting spoiled, already know that Jason Smith (Casey) and Alex Heartman (Jayden) are having guest spots on the second season of Megaforce, which will have the Megaforce Rangers changing from their regular uniforms to Super Megaforce (pirate uniforms from Gokaiger) and then change into past Rangers. We have a massive list of former Ranger actors who have declined guest spots or have not been invited. Some Disney actors have been invited back, some have not. 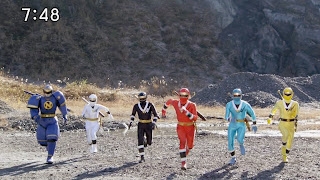 Gokaiger Guest Spots
We don't know yet if Super Megaforce is following the Gokaiger manner of having one former ranger guest for one or two episodes for a tribute episode. But if that is the case, only one member of the team or not even one will appear for the tribute episode. For example, Ninjor in Kakuranger was Ninjaman and part of the Kakuranger team. Ninjaman appears in the Kakuranger episode. We have recently seen a picture of shooting with what looks to me like Ninjor, and it doesn't seem that the Alien Rangers (counterparts of Kakuranger) have been called so it seems Ninjor will be representing them in a cameo. 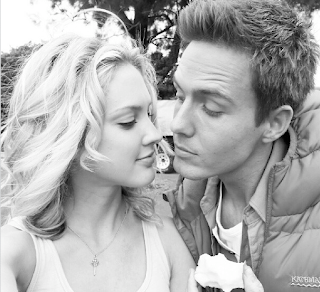 Jason Smith
Ciara Hannah (Gia) has tweeted two pictures of her and Jason Smith (Casey) on set, leading people to think he would have a guest spot on one episode. But in a recent cast and crew image, he appears there too. Some people think she and Jason are dating, I don't want to speculate on that stuff. Fury Diamond has revealed that Jason Smith is actually writing for Super Megaforce, hence him being on the crew. Jason didn't get much love when he was on Jungle Fury but he is slowly becoming a fan favorite as he has watched Gekiranger, Gokaiger and Go-Busters, he has said on Twitter. He also responds a lot on Twitter. 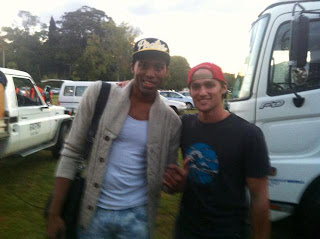 The Samurai conundrum
Najee mentioned on Twitter going back to New Zealand for PR. I thought it would be a Megaforce-Samurai teamup, but it looks like Mike, Emily, Kevin and Jayden are heading for the random ranger quick cameo thing. But now it has announced that Erika Fong (Mia) won't be going as she will be busy. But Alex Heartman was already spotted on set at Megaforce, maybe he shot a guest spot for a Samurai tribute. It could be possible they are only going for the random cameos and not for a teamup. They could do the teamup without Mia. Remember when in Trickster Treat, they barely used the cast and blurred a Japanese actress' face in Shinkenger footage for Mia? And also Steven Skyler wasn't even present for "Clash of the Red Rangers" and they used a substitute.

Relax people
People are freaking that their favorite actor is not showing up or that only Jason David Frank is showing up out of all the MMPR-Zeo actors. Some are sad that David Yost and Walter Jones declined (TMZ has scandalized this fact for their own benefit) but there are factors to be understood.
1. Saban only gave the actors a month notice or a couple of months
2. Actors have to get passports and working Visas
3. Former actors could be busy, some are with other projects or family
4. They are getting little pay for this.
Now Saban can be blamed for all of this but I don't think it is fair. I personally think they could had more put more money in the budget and more effort but we haven't seen the final product yet. It isn't fair to judge a show before its aired. So far with Megaforce, most fans like it, some don't. Not everything is going to be liked. And with the cameos, not everyone is going to be happy. Someone is always going to say "Oh I wanted this person, or I want that person." And some people were foolishly wanting the original MMPR actors back. I knew for the beginning, that wouldn't happen unless Saban pay all five actors (Amy Jo Johnson, David Yost, Walter Jones, Austin St. John and Jason David Frank) "Friends" like money figures or just massive money and also accommodations. I am sure Amy Jo will decline as well. Saban was looking for Austin St. John, it is unknown if he has been contacted and/or he will be doing a guest spot.

So overall, my message is to relax and take it easy, this isn't nuclear science, world hunger or Obama care, there is more serious things out there. It is a bit disappointing about certain things but there is nothing we can do. I mean, complaining hasn't really done wonders.
﻿
Posted by Lavender Ranger at 11:16 AM

couldn't they save money bu shooting the crossover in the states when the cast are at the kids choice awards or something?

Are you saying to shoot in the United States? The whole reason they shoot in New Zealand is because it is cheaper. Also, they would have to rent studio, get new crew--most of NZ lives there. They wouldn't waste money on that.

I'm just taking about just for a day or two a shooting for one crossover.

I know but seeing how they have a budget and they don't want to spend a lot, and it hasn't happened, it means it would have them go overbudget.

Lavender, Melody was Karone not Kendrix! Please get that right! Lots of love xxxx