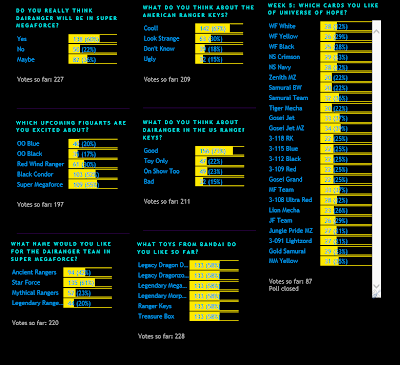 What name would you like for the Dairanger team in Super Megaforce? 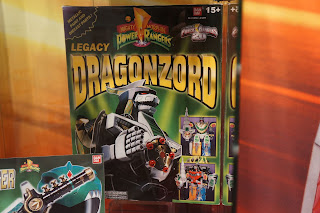 What toys from Bandai do you like so far? 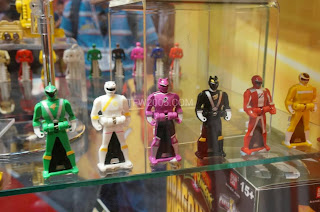 What do you think about the American Ranger Keys? 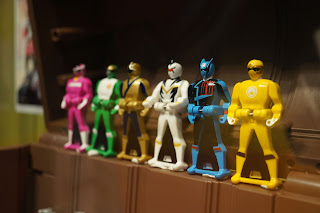 What do you think about Dairanger in the US Ranger Keys? 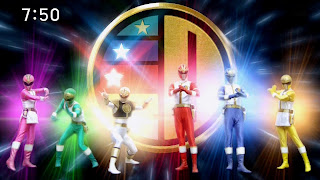 Do you really think Dairanger will be in Super Megaforce? 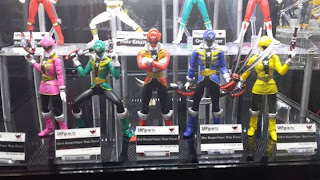 Which upcoming Figuarts are you excited about?

Week 5: Which cards you like of Universe of Hope? 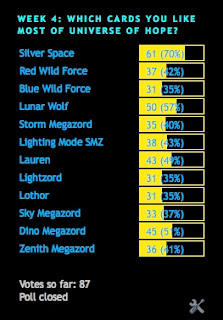 Week 4: Which Cards you like most of Universe of Hope?

Long time follower, first time poster. Just wanted to say that I have enjoyed your blog, it has help me get back in touch with one of my favorite childhood shows.

I especially wanted to thank you for the heads up on the 20th anniversary dvd box set, I hope I can get one.

Is there any chance of you posting a list of your top 10 seasons?

Also I wanted to let people know of a sentai game that is on kickstarter. It looks really cool and seems to be influenced heavily by power rangers. Here is the link for those interested: