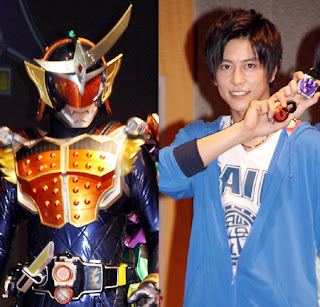 Kamen Rider Gaim
Kamen Rider Gaim is Kota Kazuraba played by Gaku Sano. He’s used to be Team Gaim’s second best dancer. But decided that he had to get a job for his only living relative, his sister’s sake. While he’s a very nice guy and tries to help everyone in trouble, he always manages to make it worse. He came across the Sengoku Driver by accident. The more he fights, the more he wonders what his reason to fight is. His catchphrase is “Passing through the audience, On Stage!” 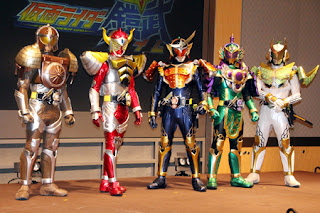 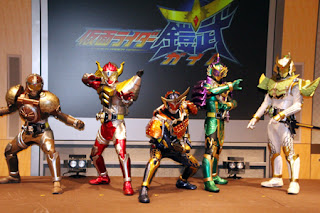 Kamen Rider Gaim is a story about an urban city which has rising with economic support from huge corporations, in particular Yggdrasil Corporation. While youth feel locked up and try to express themselves through dancing! These teenagers have been given Lock Seeds that allow them to summon small creatures called Inbes. With these creatures, they hold underground fights. However, these things caused a gate to parallel universe to open, causing humanity’s greatest crisis! 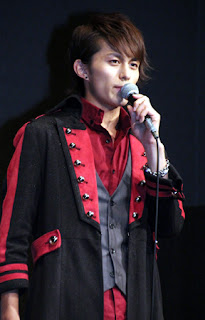 Kamen Rider Baron
Kamen Rider Baron, also known as Kaito Kumon played by Yutaka Kobayashi. Kaito is the leader of Team Baron, Team Gaim’s biggest rivals. He came from a poor family and grew up with a “dog eat dog world” type of mentality. This mentality is deeply rooted in his lifestyle. He sees society as some sort of persecutor, thus rejecting society. Kamen Rider Baron is based on western armors and uses the Banana Arms. His catchphrase is “Knight Of Spear” 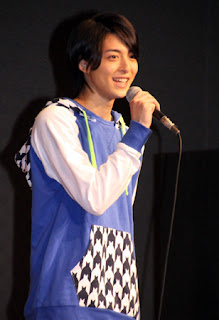 Kamen Rider Ryugen
Kamen Rider Ryugen, transformed by Mitsuzane Kureshima, played by Mahiro Takasugi. Another member of Team Gaim, Kota treats him as his little brother. Although he keeps this as a secret, he’s actually the son of Yggdrasil Corporation’s CEO. He attends to an elite high school and already has his future planned out by the family, which he absolutely hates. He strives to find his own destiny. While he respects Kouta a lot, he’s also very jealous of him. Ryugen is based on Chinese armors. 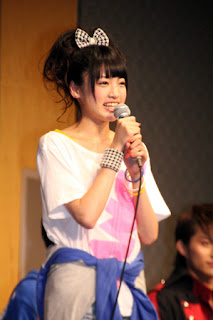 Mai Takatsukasa, played by Yuumi Shida. She’s a pro dancer and Kota’s childhood friend. She’s always competing with Kota in just about everything and has to pick up Team Gaim’s slack after. Despite all this, she truly treasures her friends. 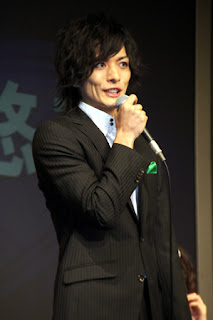 Kamen Rider Zangetsu
Takatora Kureshima, played by Yuuki Kubota. He’s actually Mitsuzane’s older brother and Kamen Rider Zangetsu. He’s currently working for the family company, Yggdrasil. He’s realist that will get his job done, in any way possible. Despite that, he loves his family and spoils his brother. His catchphrase is “Authorized by divine providence!” 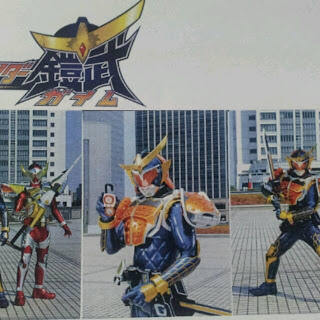 Kota’s sister, Akira Kazubara, works for a sister company to Yggdrasil. She does her best to support him. Kamen Rider Gaim is written by Gen Urobuchi (Puella Magi Madoka Magica). Directed by Ryuta Tasaki and Takayuki Shibasaki, with Motoi Sasaki and Naomi Takebe as the producers. Kamen Rider Gaim will premiere October 6. 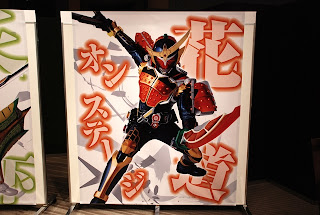 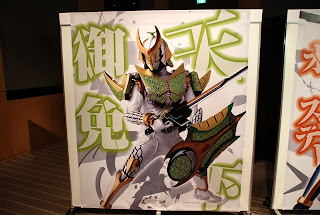 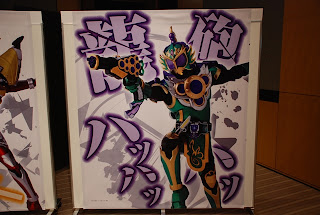 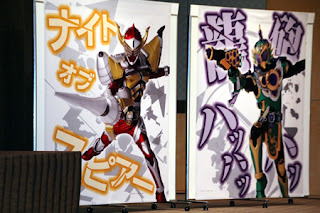 Posted by Lavender Ranger at 10:40 AM