I've covered this before and I have no confirmations on this but these are pretty obvious and visible differences. I am covering the Super Sentai stageshow costumes and live performance costumes of the Power Rangers used in public appearances at malls, Disney World (2005-2010), Macy's Thanksgiving Parade, and international mall appearances.
﻿ 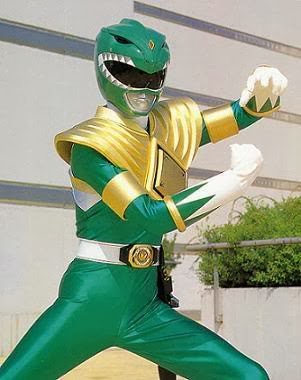 The Dragonranger's shield was tight and foam-like or a stronger material while the shield used in Mighty Morphin Power Rangers from seasons one to two (new footage in the US), the shield was cotton and thin and had more movement. In Dino Thunder, Disney asked a new company to make the shield and suit. This introduced the silver stripe on the helmet and silver morpher which Saban inherited and have used for photo ops for the MMPR Box Set pictures, Monopoly and the "Legendary Battle" episode of Super Megaforce. 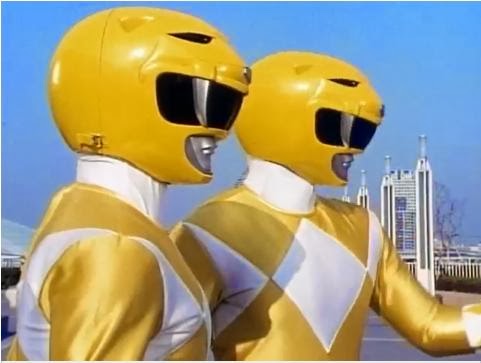 In MMPR American footage, we saw the helmets that split into two (front and back) and had latches. Most helmets are like this. Some Stuntmen ones don't have that. Above image is 'Zyu2', the Toei footage that they shot for MMPR. This shows both forms. We don't always see the latches because they used those stunt ones, which can extremely hot. 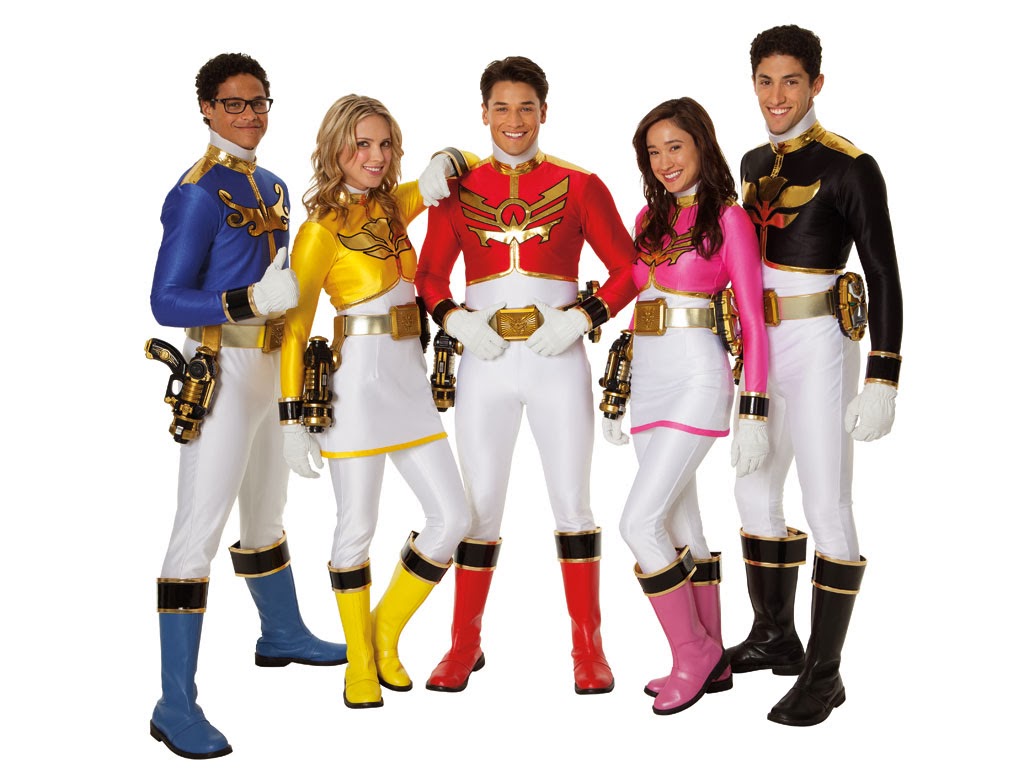 Even though shiny, not as shiny as the Sentai costumes, you can tell the color is a bit duller. In Operation Overdrive Behind the Scenes special (not the PROO episode of the same name), the costume designer revealed the costumes were two ply. Not sure if spandex so that's why I don't have it in the chart. 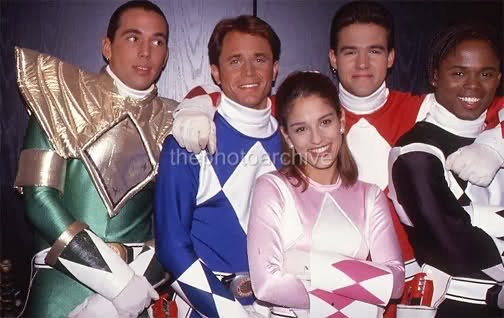 In the earlier days pink varied shades and you can tell the suits are looser. 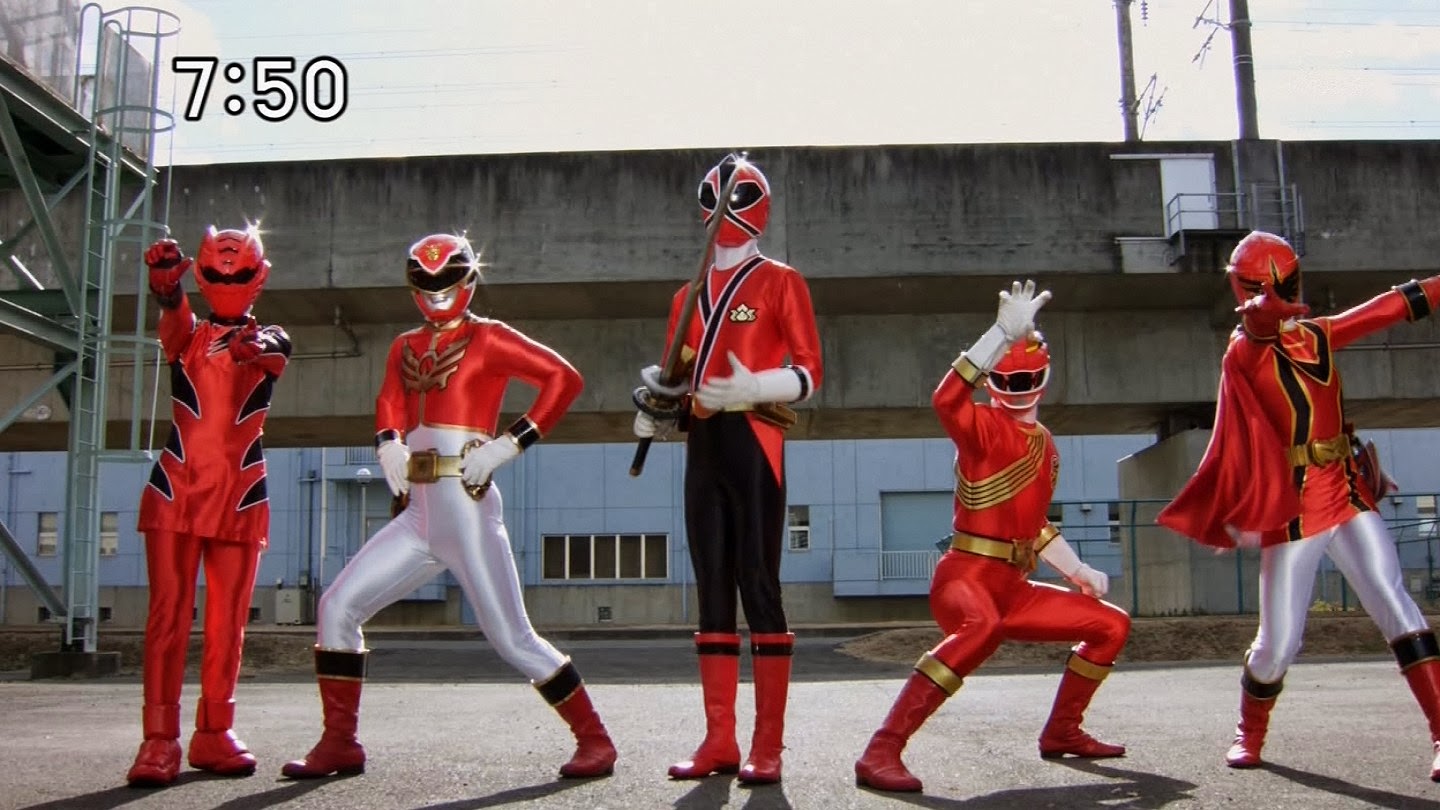 Here is a good comparison. Here is the Japanese footage. This is Gokaiger, the suits are tighter and shinier. This is from Episode 2 of Gokaiger. 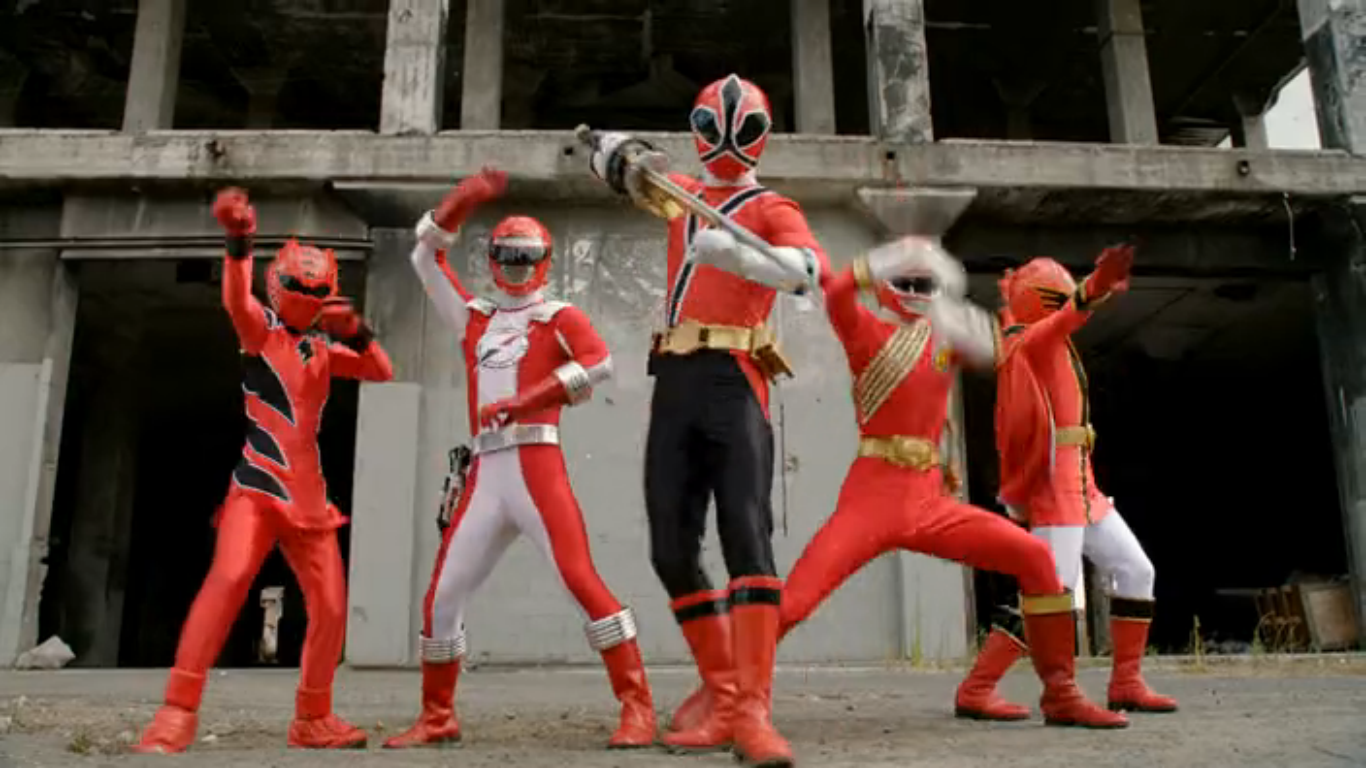 This is Power Rangers Super Megaforce footage shot in New Zealand, the suits look a duller color and it is not the lighting. You can obviously see the change in costume material. This is from Super Megaforce episode one. 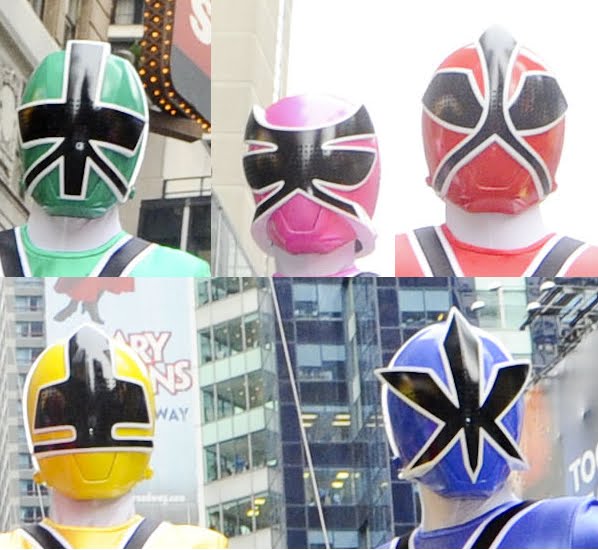 Public appearance helmets have tiny holes on the visors for people to breath. The actors are not stunt people and don't put up with the heat so they get more air. These kind of helmets were used at Disney World and now at public appearances by Saban like Toy Fair, Licensing Expo, Comic Cons and Thanksgiving Parade. 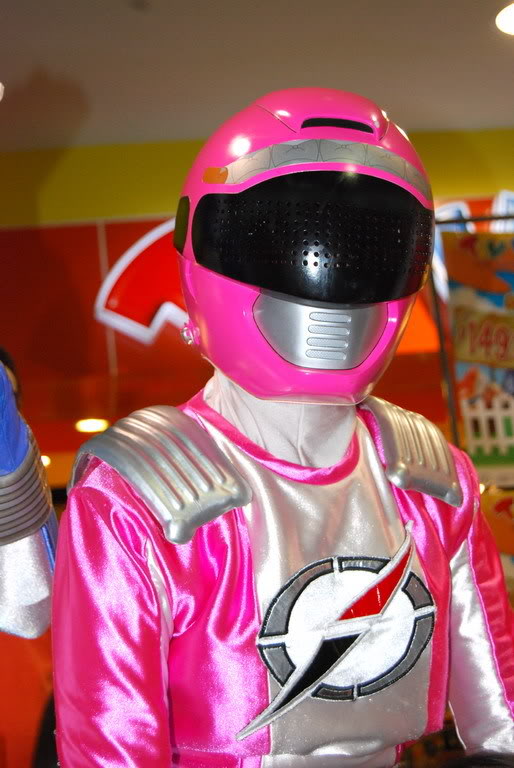 These type of helmets also used for public events at malls, etc. Internationally.

In 1992, Zyuranger stageshows, holes in helmets and cuffs are different. Also the buckles were of cheaper quality. Some stageshow helmets in Japan don't have holes.

Very good post, congratulations. I'm from Brazil and a fan of Power Rangers, and as a child (I'm 20), noted this difference between the suits, but never knew for sure until recently, with the internet, I found out about Super Sentai and these differences.