Bandai Germany released their catalog with Megaforce toys but now changed it with Super Megaforce toys. Thanks to @SentaiBurse and TheEuronerd for the catalog. Check out full res pictures thanks to Fury Diamond at: http://www.megaforcecast.com/gallery/thumbnails.php?album=787 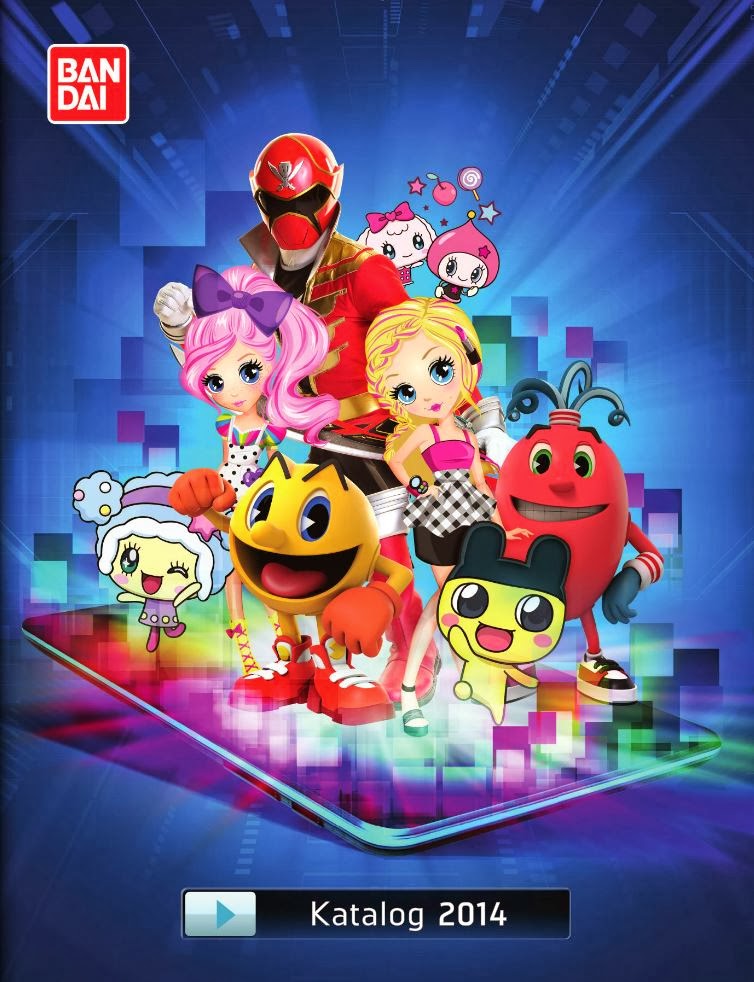 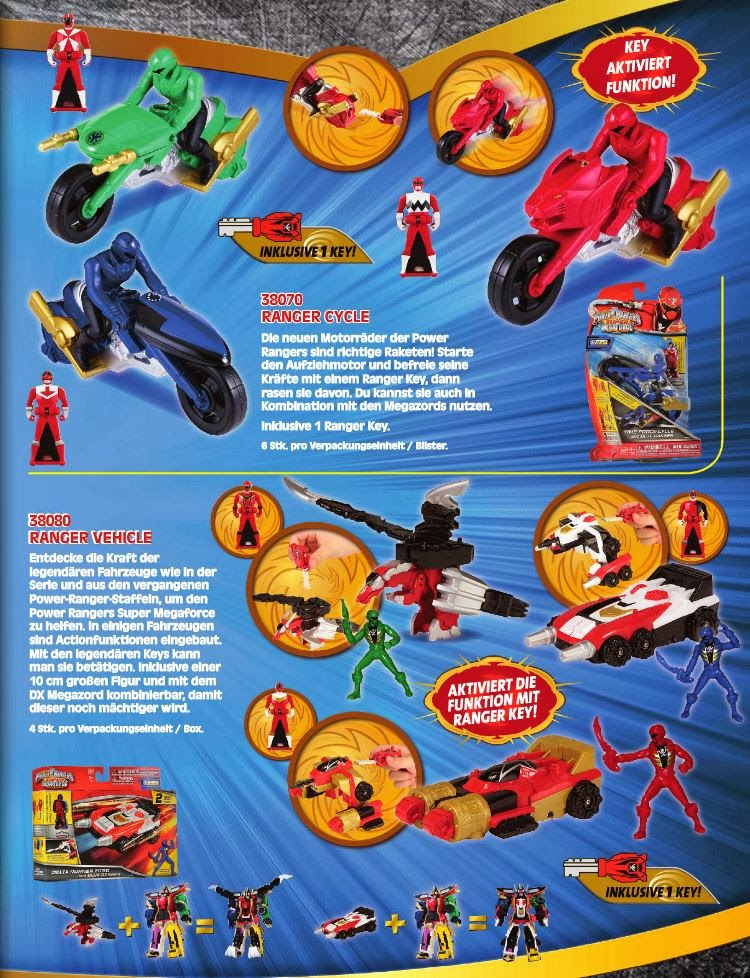 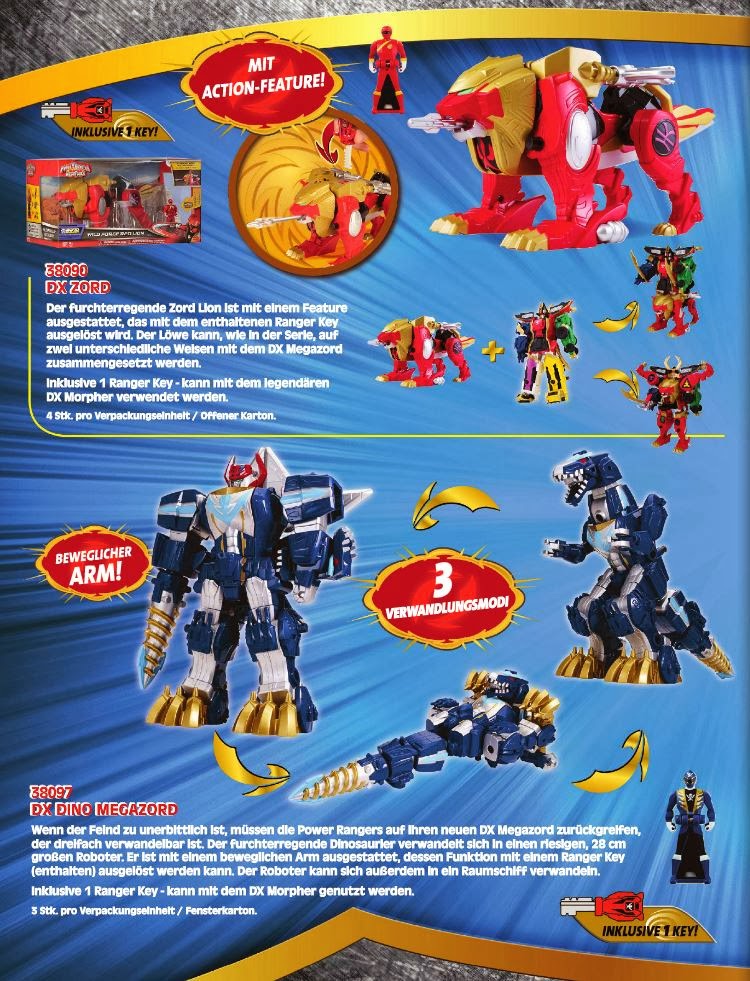 They have the Q-Rex Megazord as 'Dino Megazord' like at the German Toy Fair and have a pic of the Blue Super Megaforce Ranger Key, which I think it will be Silver, not Blue. 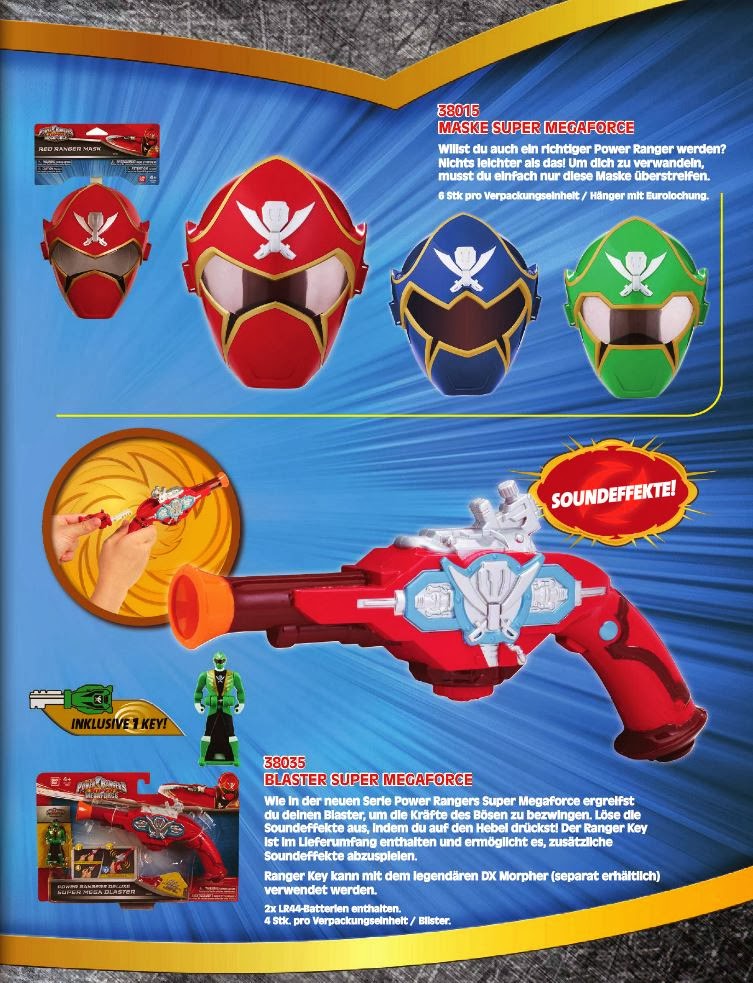 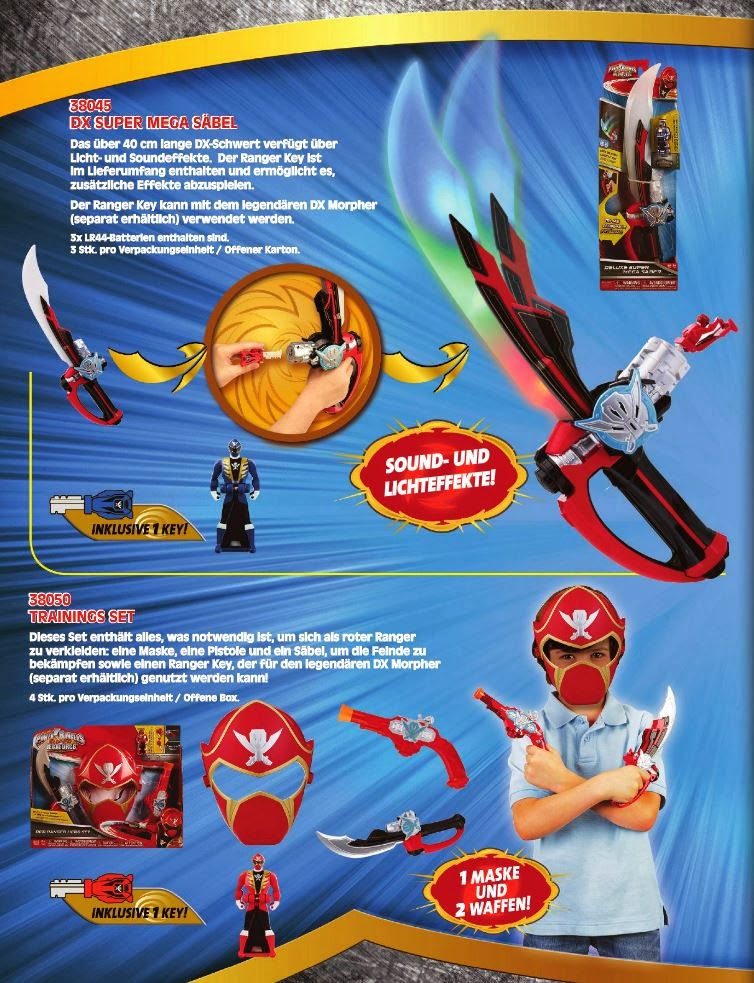 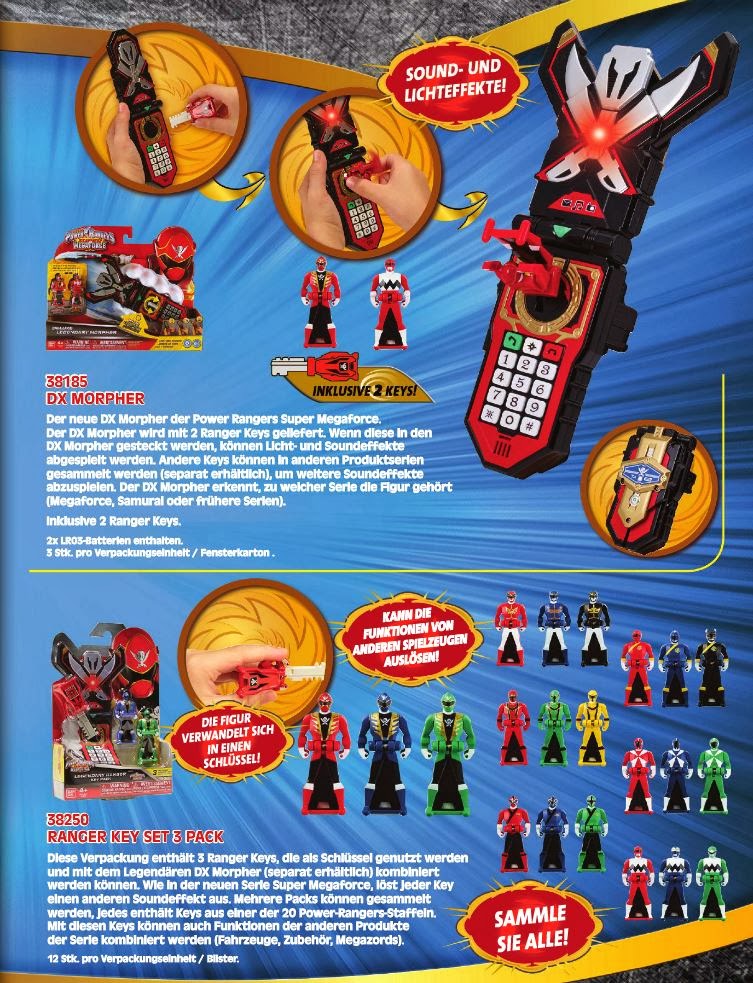 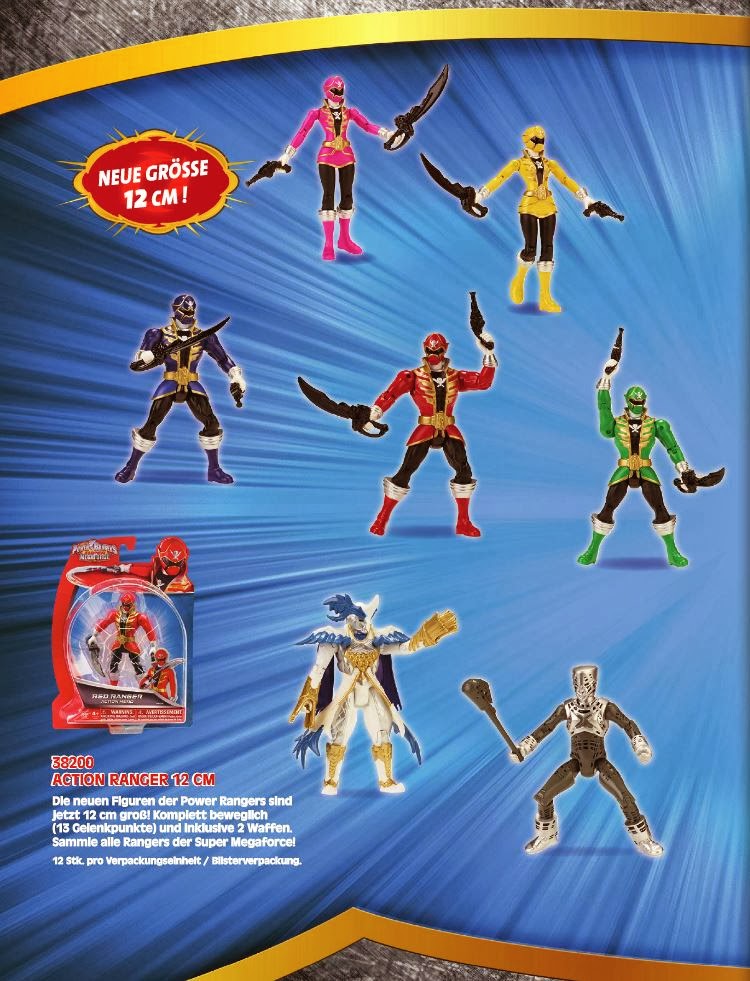 They made another mistake with putting Red Lost Galaxy Ranger Key instead of the MMPR one for the morpher. 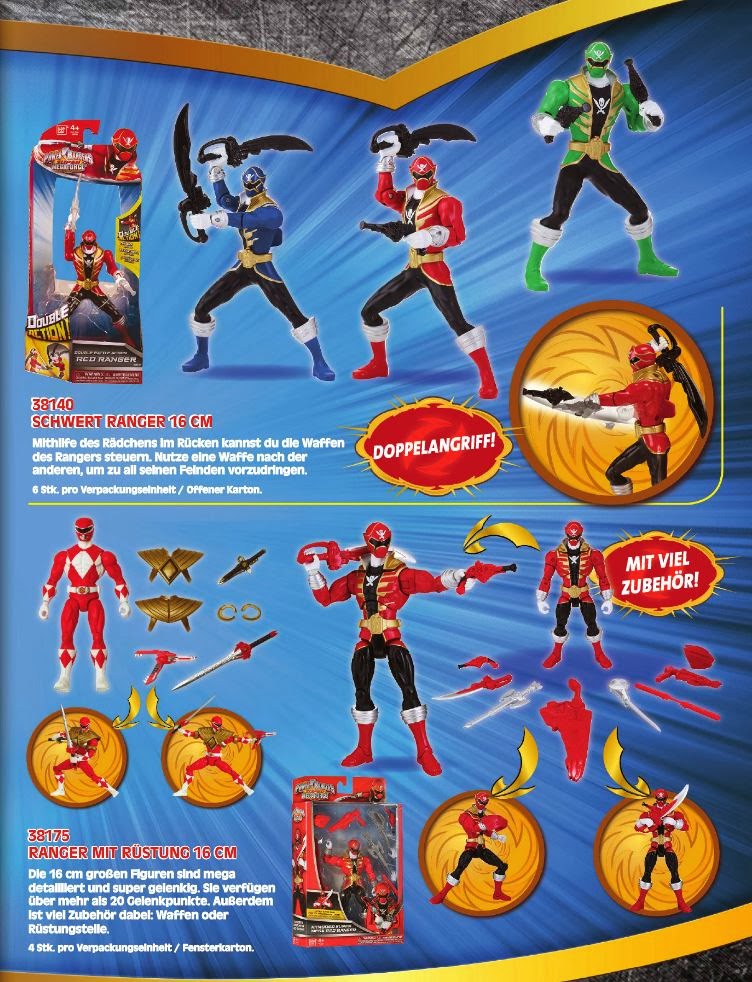 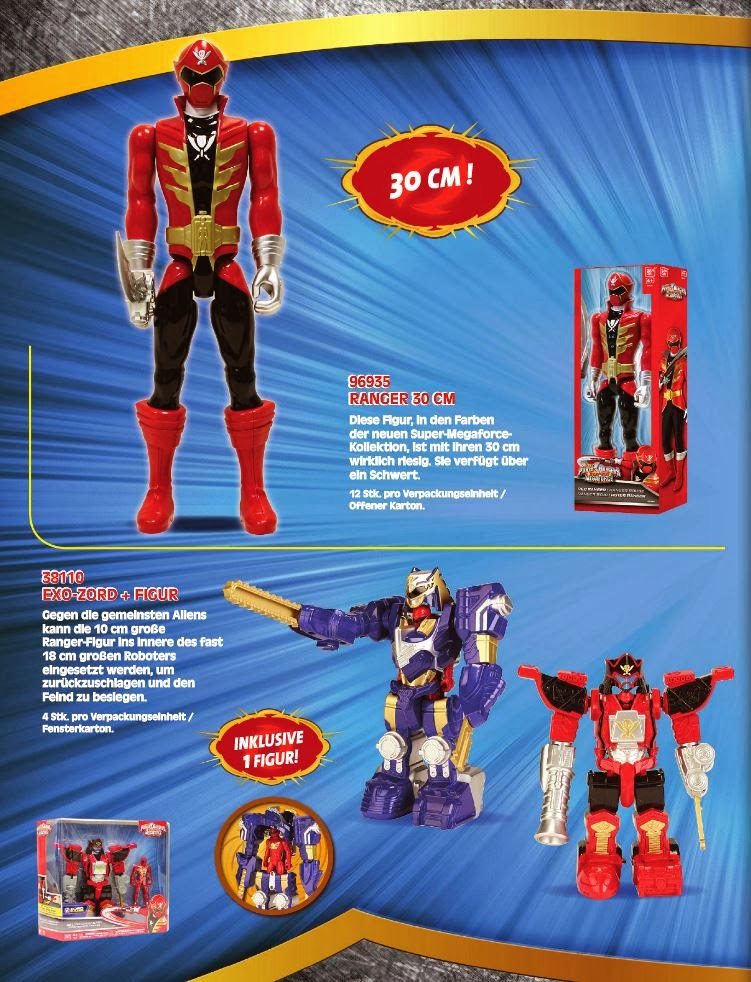 They have the Red Mighty Morphin 'Armored Might' Figure instead of Green.
Posted by Lavender Ranger at 5:33 PM