Nakinakite
This guy was part of a Pink and Yellow episode that would've been cool for Samurai but the footage and plot was kinda unusable as he made these white clothed men that took the place of children, making children cry. Then red men appeared on top of them, especially the male Rangers.

Chinomanako
He was in Kamen Rider Decade/Shinkenger teamup, which wasn't used for Samurai.

Sasamatage
His stchick was putting an egg on people's heads and making him crazy and violent. It was a Green episode, wish there was more of those in Samurai.


Goseiger/Megaforce
Here are unused monsters from Goseiger. Around over a dozen (because season 1 was Goseiger and season 2 is Gokaiger), they could still appear in Super Megaforce. 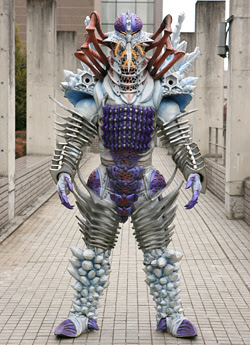 Yuzeikusu of the Ice & Snow 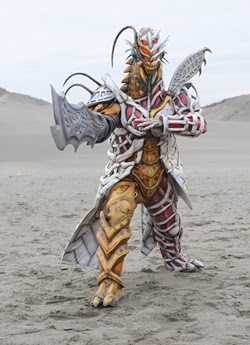 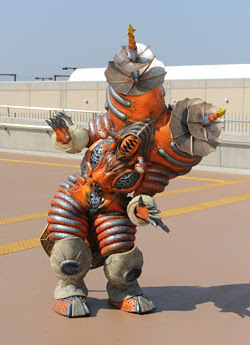 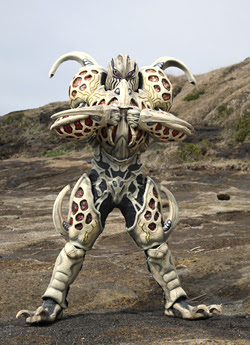 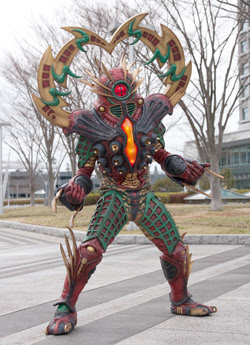 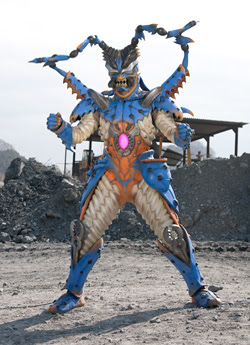 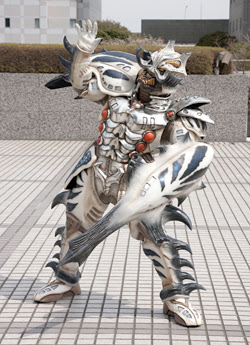 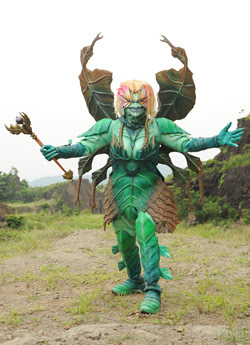 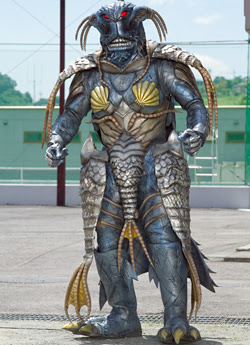 Jordon of the Ningyo 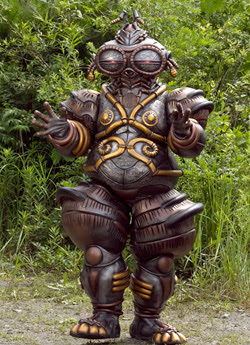 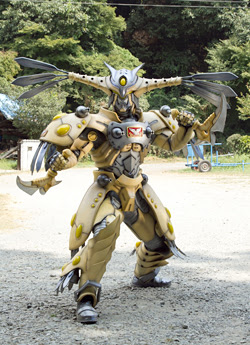 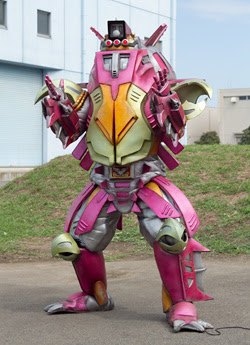 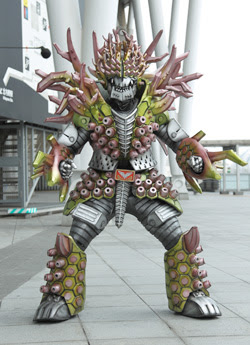 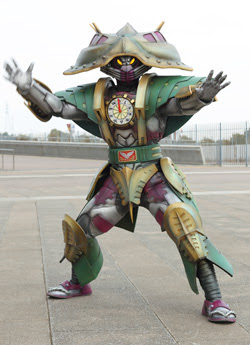 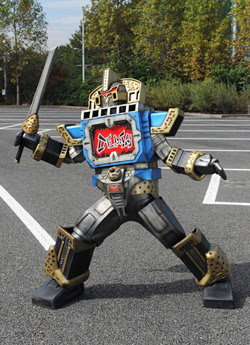 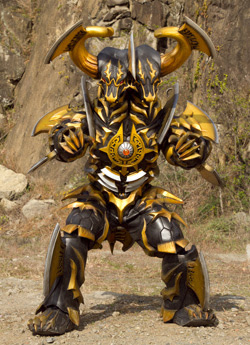 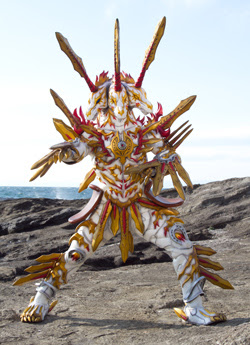 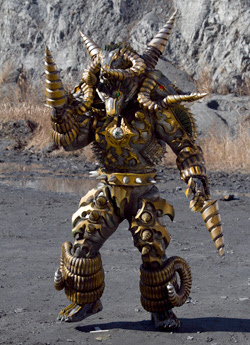