UPDATED 4/13/14 3PM EST
This is the last new episode until most likely September or October. 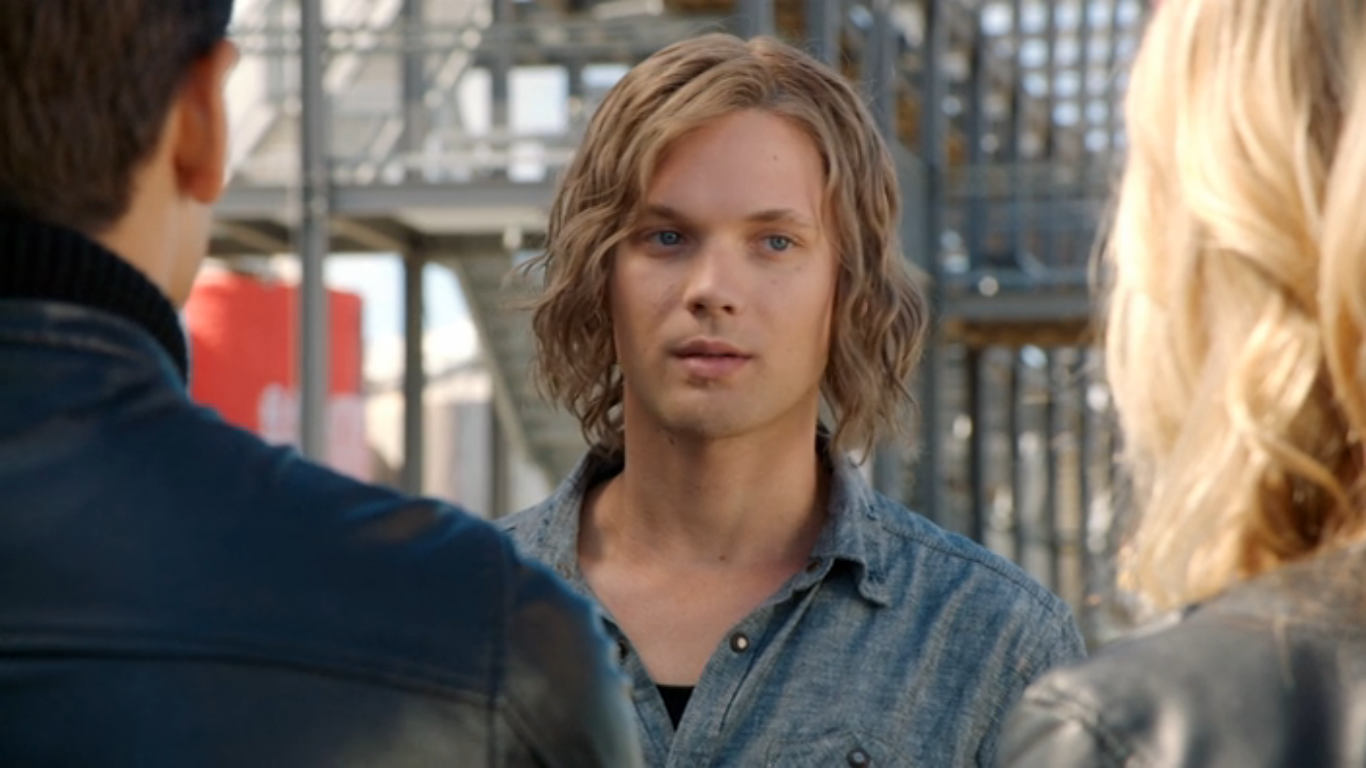 Episode Summary:
The Rangers de-morph and Gia clarifies she bumped into Orion. Orion says he is from the planet Andrasia, the Armada destroyed his planet which was much like Earth. In the beginning of a flashback, he was a miner of precious minerals. He ran back to his village to see it was already completely destroyed. Devastated he fell to his knees. The opening sequence runs with Orion added. 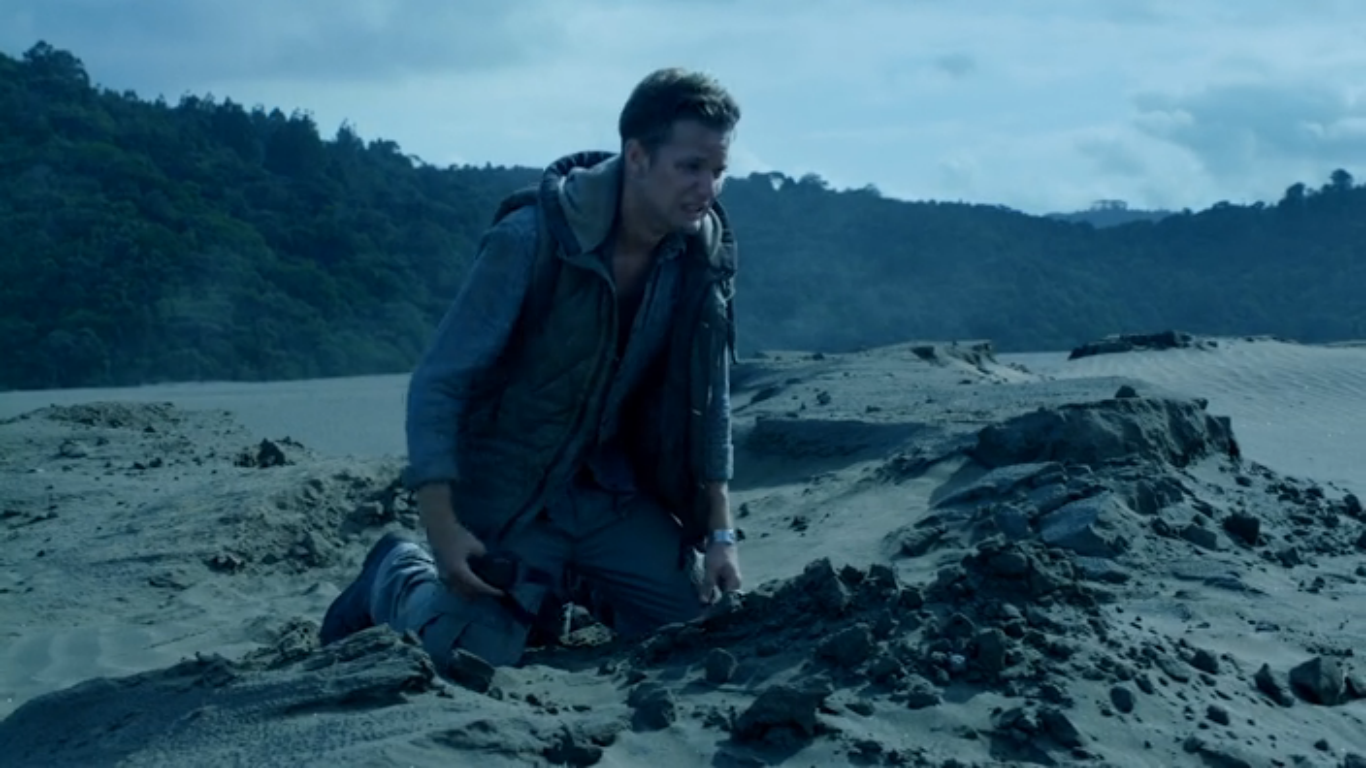 Emma is so sorry, Troy says he will take him to their leader. Jake laughs because it is a classic line. They go to the Command Center and Tensou is thrilled that Orion is there and talks Andrasian to Orion. Orion says its an honor to meet him and Gosei asks how he got the morpher. Back to the flashback, Orion found the silver key and morph in some crystalized form in a rock. When he put the key near the morpher, it emited energy and he got flashes of the sixth rangers. He decided not to use the power, this was a week before the Armada attack. 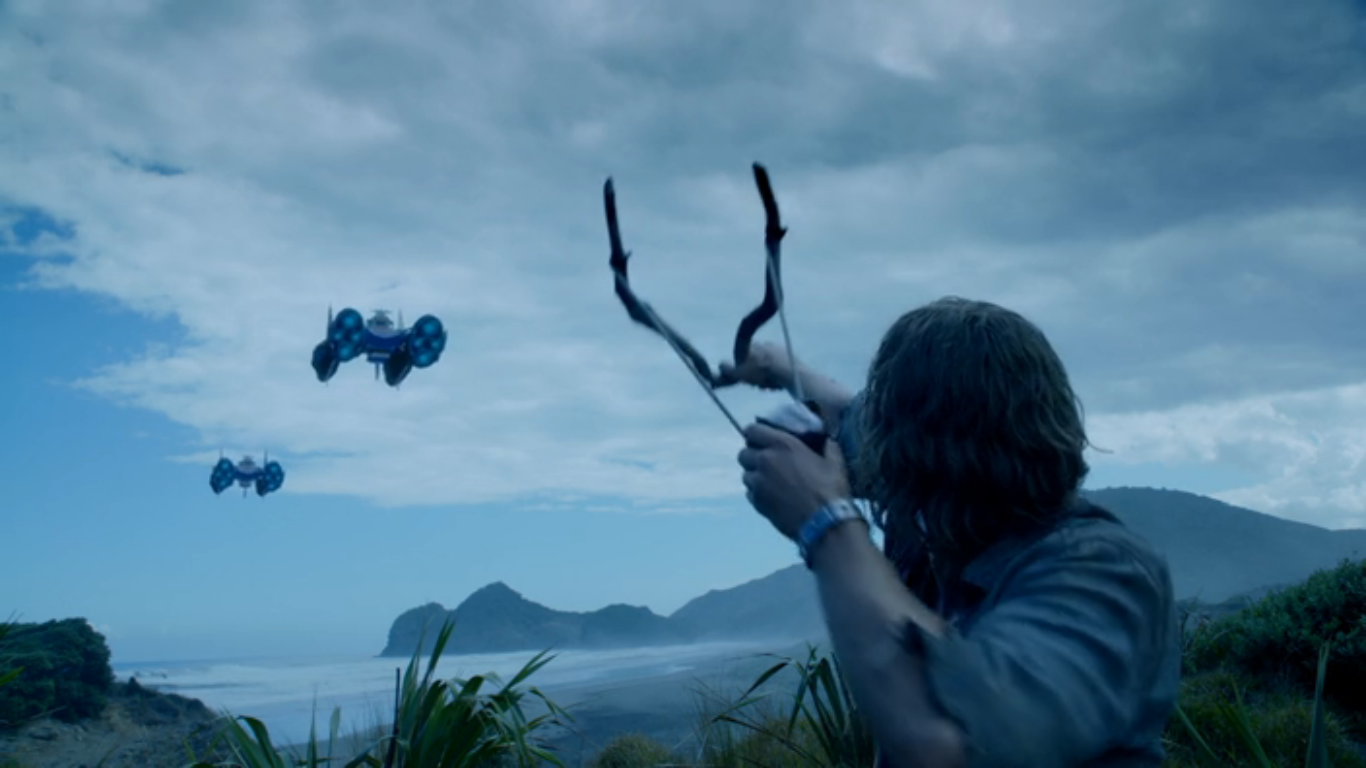 The invasion changed everything for him, they flashback to him screaming 'no' and talking English on Andrasia. He pulled out the key and morpher and morphed into Silver Ranger. He then fended for himself and trained on his own for about a year. He then threw a crystalized rock with slingshot on an Armada ship, taking it down and fixed it to fly and scour the galaxy. He caught them to Earth. Noah wants to see the spaceship. Gosei says they have to show them things. Gia grabs Orion and Jake gets jealous. 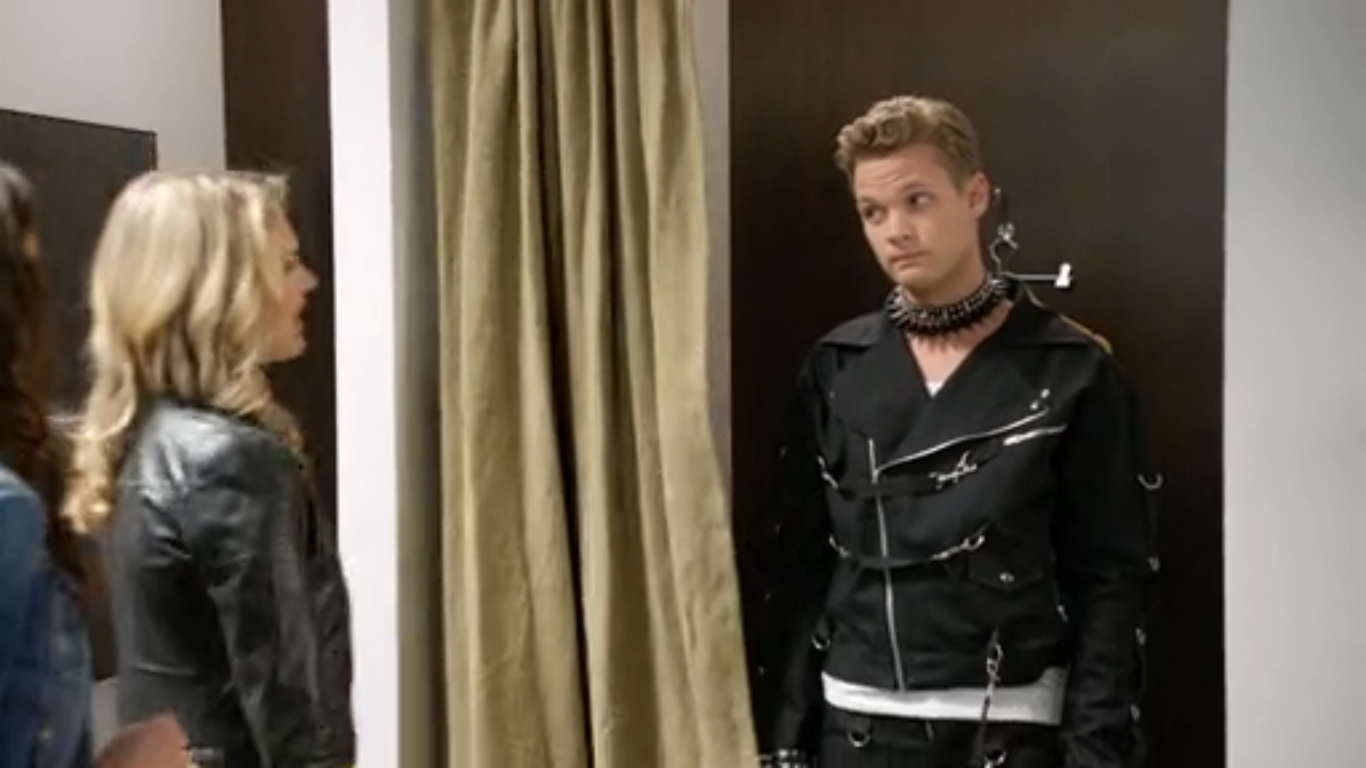 The Rangers show Orion the markers leading to the Command Center. Noah wants to know about his morpher, Gia tebuffs him. The girls go to give him a makeover, the guys watch from Ernie's and Jake wants to join but the others stop him. Noah says maybe because he is a sixth ranger, he can become past sixth ranger, stating the obvious. Orion gets a haircut and picks out clothes, we see a couple outfits until he settles on one with silver jacket. Meanwhile, Vekar is mad that he failed and is in his quarters. Damaras sends a monster to finish off Orion who comes form the planet they destroyed. 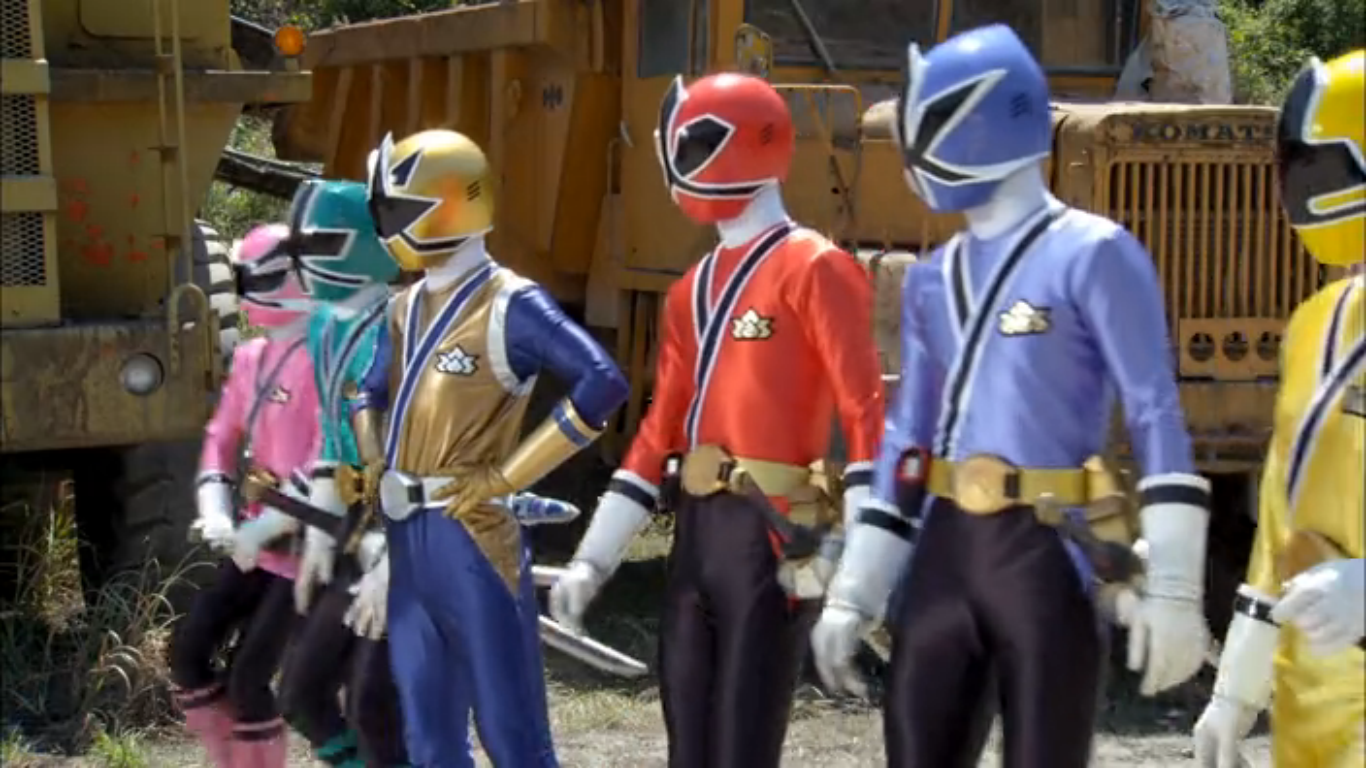 The Rangers run towards an attack while Orion puts on a shoe. The Rangers come in morphed. The monster attacked a construction site in a quarry. Orion helps each Ranger fight. Blue says he doesn't have to work on his own anymore. The Rangers take out their Samurai keys and morph to Samurai. Red gives Orion the Gold Samurai Key, he presses the button on his morpher and morphs into Gold. The five do an attack on the X-Borgs. They go back to Super Megaforce. Silver does a final strike. 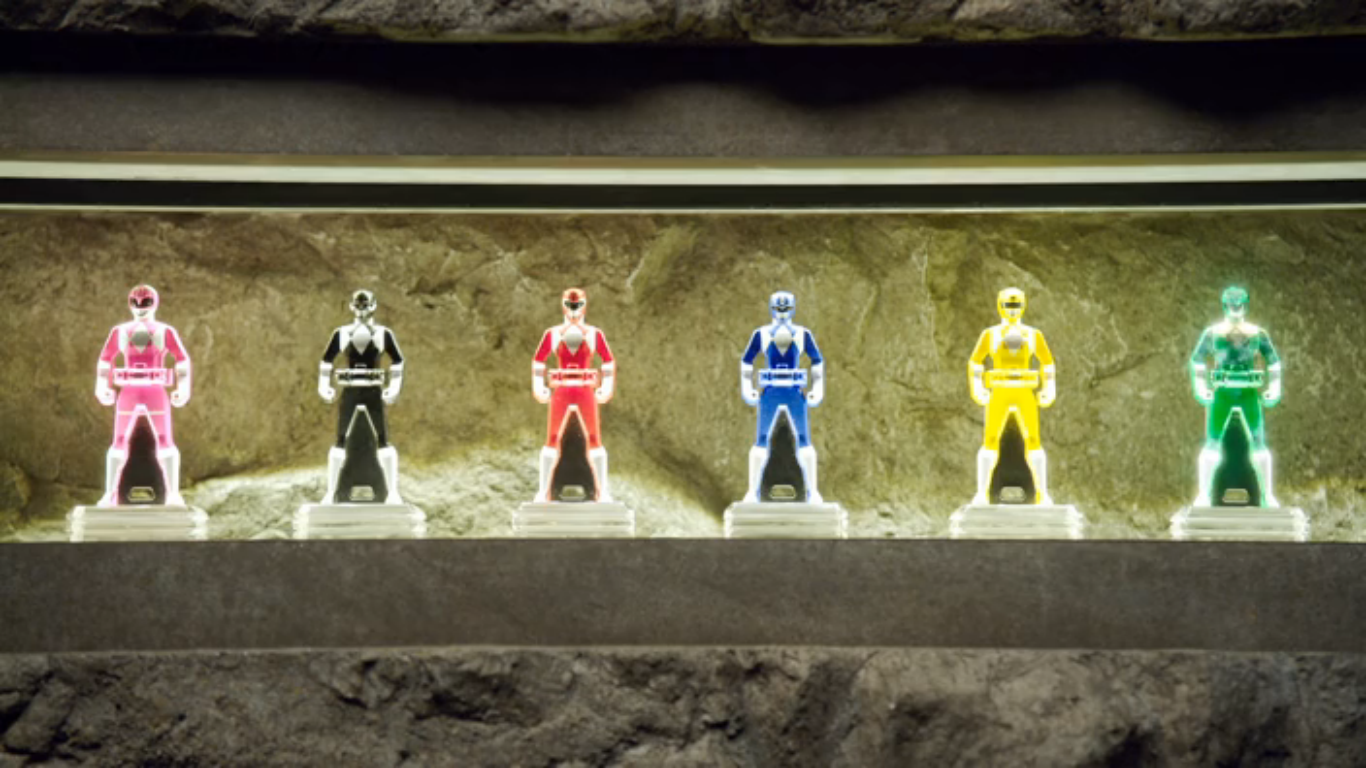 The monster becomes bigger thanks to Levira. After the commercial break, Gosei says Silver unlocked the Q-Rex Megazord when the Mighty Morphin Green Ranger Key, Dino Thunder White and Quantum Ranger Keys glow (which suddenly happen to be in the Command Center walls even though we never saw six before). Troy hands Orion the three keys previously mentioned. Orion asks if he can handle this on his own. Troy says fine. Orion calls the Time Force Q-Rex. He jumps into it and uses Drill Mode (which is based on Time Force), then changes into Dino Mode (Mighty Morphin) and then Q-Rex Megazord (Dino Thunder). He destroys the monster. 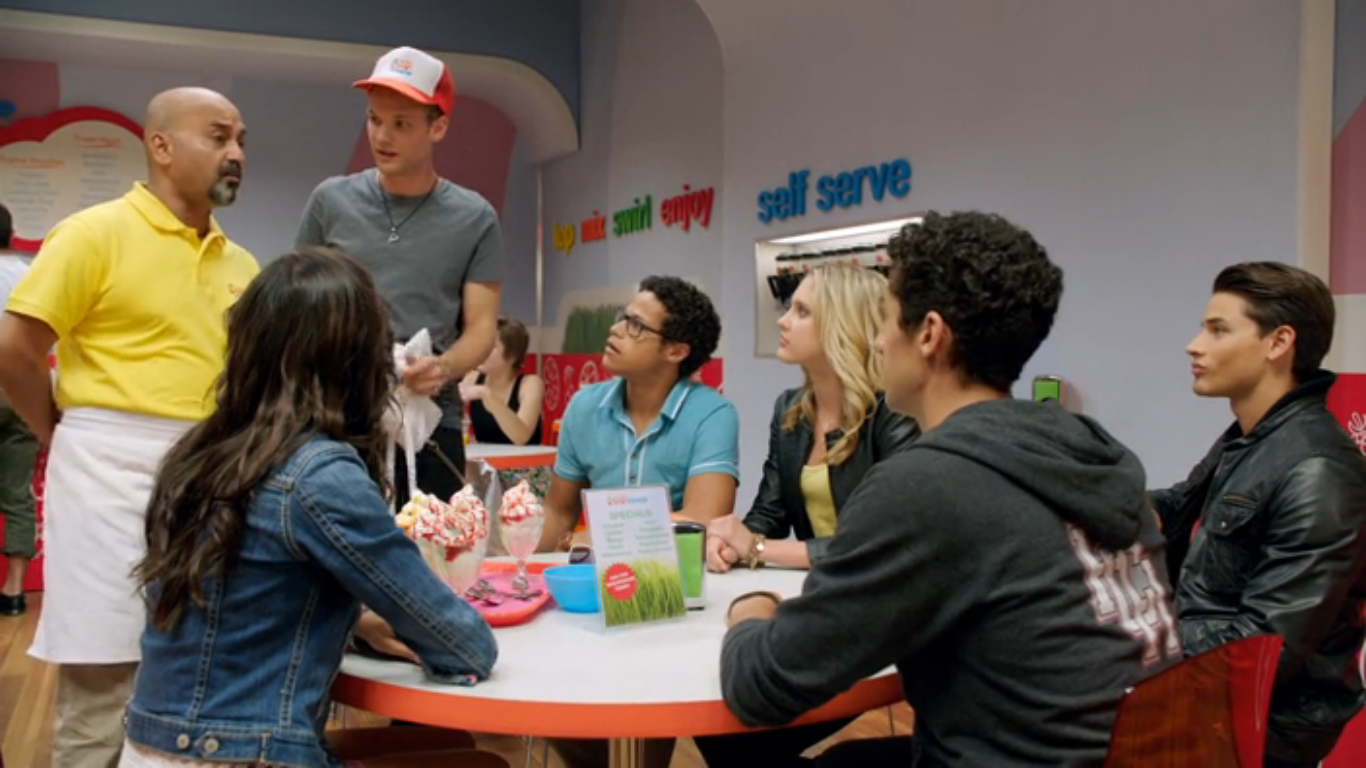 Back at Ernies, the Rangers help out Orion but Ernie clarifies he is his new employee so the Rangers realize what they have done. Troy says it cant all be about revenge for Orion. They then all crowd around Orion, excited about him and wanting to do things with him. Orion says he'll be on Earth for a while. 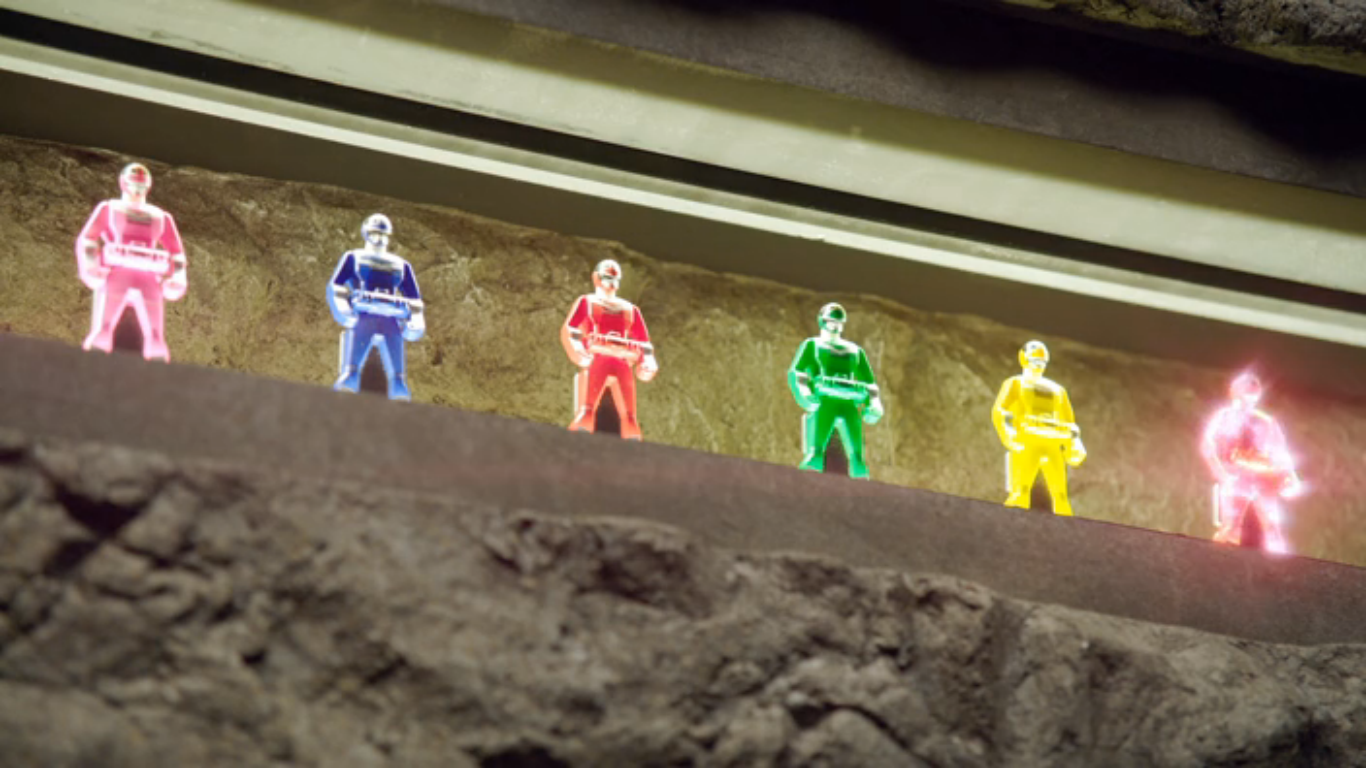 Episode Review:
Okay, since I am obsessed with Ranger Keys let's cover them first. As I previously mentioned, the Command Center itself has the Time Force and Mighty Morphin keys but they had no Sixth Rangers. Also no Dino Thunder Keys at all. Now all of a sudden, there they are. And they look a bit more smaller than the original Megaforce props and look to have better detail. So this proves my theory that they are the Japanese props imported to them and they added them once they started Super Megaforce. For shots with the actors and robot, they just have the bad props. And for close ups, they have the good ones. It's easier to have them glow then teleporting them away and shooting the case empty. Anyway, as for the Episode itself, I found Orion's story boring. Fans have said how Orion got more character development than the others but I don't see much. 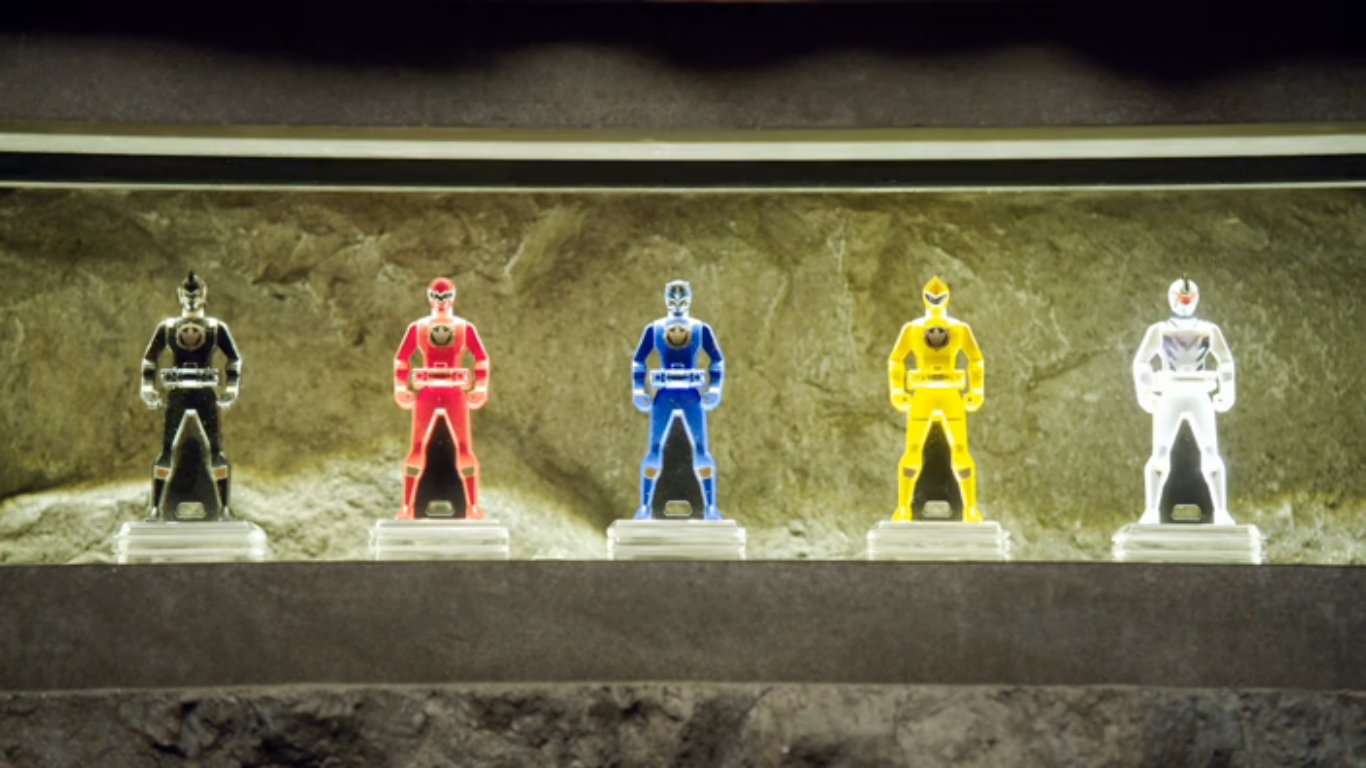 Since Mighty Morphin and Time Force are both from Saban and not Disney (as Saban Brands seems to be avoiding most Disney stuff other than Jungle Fury), they could've said that Tommy, the Dino Thunder and Time Force Rangers formed an alliance on Zordon's planet Eltar and created technology from the future. Orion could've been from Eltar. Oh well. And fans are already making fun of the throwing of the rock at the ship. It could've at least been a couple of tries before bringing it down. And the makeover was a gimme, we all knew that was coming since promo and behind the scene photos had him with shorter hair. People were saying Cameron Jebo was a bad actor, I disagree. He certainly isn't a Meryl Streep but he's new and learning, like much of the Power Rangers actors. Even as the most experienced actors like Jorgito Vargas Jr. in Ninja Storm, had a lot of acting experience as child actor--isn't considered the most memorable and it had to be with writing.  I also don't like that they omitted the all Silver Legendary Mode (most likely removed because of Robo Knight). 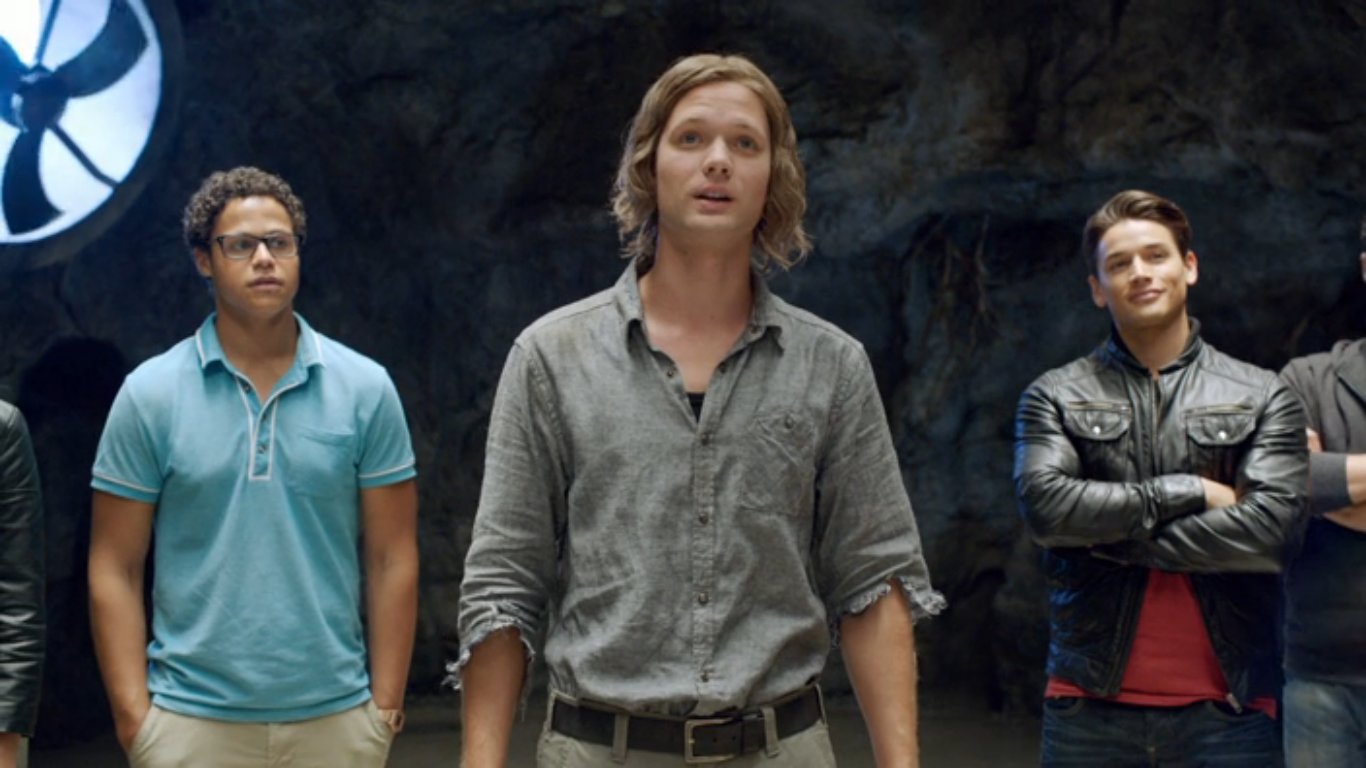 I also forgot to mention a important theory I have. I doubt this was intentional as the new Saban seasons lack self awareness. In this episode, Noah represents us in the fan community who have common fan logic and want to know more, want more exposition with reasonable shoutouts. Disney attempted to connect things in a slapdash way (Thrax, Morphin Grid, Mystic Mother, etc.), the new Saban isn't even trying. Noah keeps asking Orion questions and reasonable ones but Gosei, Troy, Jake and Emma keep rebuffing him with 'leave Orion alone.' Gosei, Troy, Jake and Emma represent Saban Brands in the sense that they think kids don't want to hear that so they cover mind-numbing trivial things like Orion adapting to Earth and makeovers. Hell, Orion got more different outfits on in one episode than the other five have had in two years. Anyway, yeah that's my theory and I'm half-joking. I doubt SB thinks like that. In any case, I feel like Noah, the only one asking questions and not getting answers and just plastic smiles.
﻿
Posted by Lavender Ranger at 10:18 AM

I just saw both episodes and I felt sad. They totally neglected the fact that the silver ranger was a fan of the power rangers and new all about their powers and names. The funniest part from gokaiger was when the gokaigers switched to shinkenger and guy asked for the sixth key and marvelous gave him the gold oh ranger key. Anyways I'll wait on the real tribute episodes hopefully they will improve.