UPDATED 4/21/14 6PM
I corrected the mistake of calling it McDonalds, it is really Quick.
So here is some news... 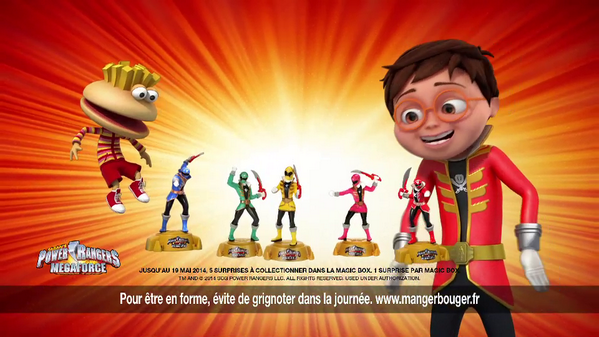 Europe will have Power Rangers Super Megaforce toys at Quick Fast Food Resturants and they will have not only Red, Blue and Green but YELLOW and PINK TOO!! So unfair. I am sure these will go crazy high on eBay.
http://www.sabanbrands.com/2014/04/17/power-rangers-partners-with-quick-restaurants-for-european-promotion/ 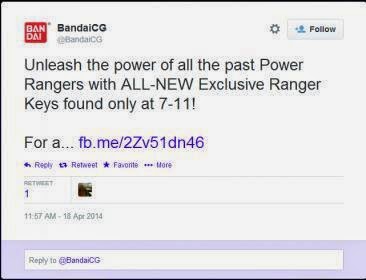 Fury Diamond ponders about a deleted post on Bandai Card Game's Facebook that still exists as a tweet. Could this be real or a hack into the system with a hoax? Well April's Fools was 17 days ago. This would be awesome but some people are groaning that there's no 7-11 nearby them. But they are plentiful in my state of Florida. My mind is tingling with ideas but mostly likely it will just be mostly male Rangers and Rangers will already have. Hopefully some Sixth Rangers.
http://blog.samuraicast.com/exclusive-ranger-keys-7-11/
﻿
Posted by Lavender Ranger at 7:50 PM