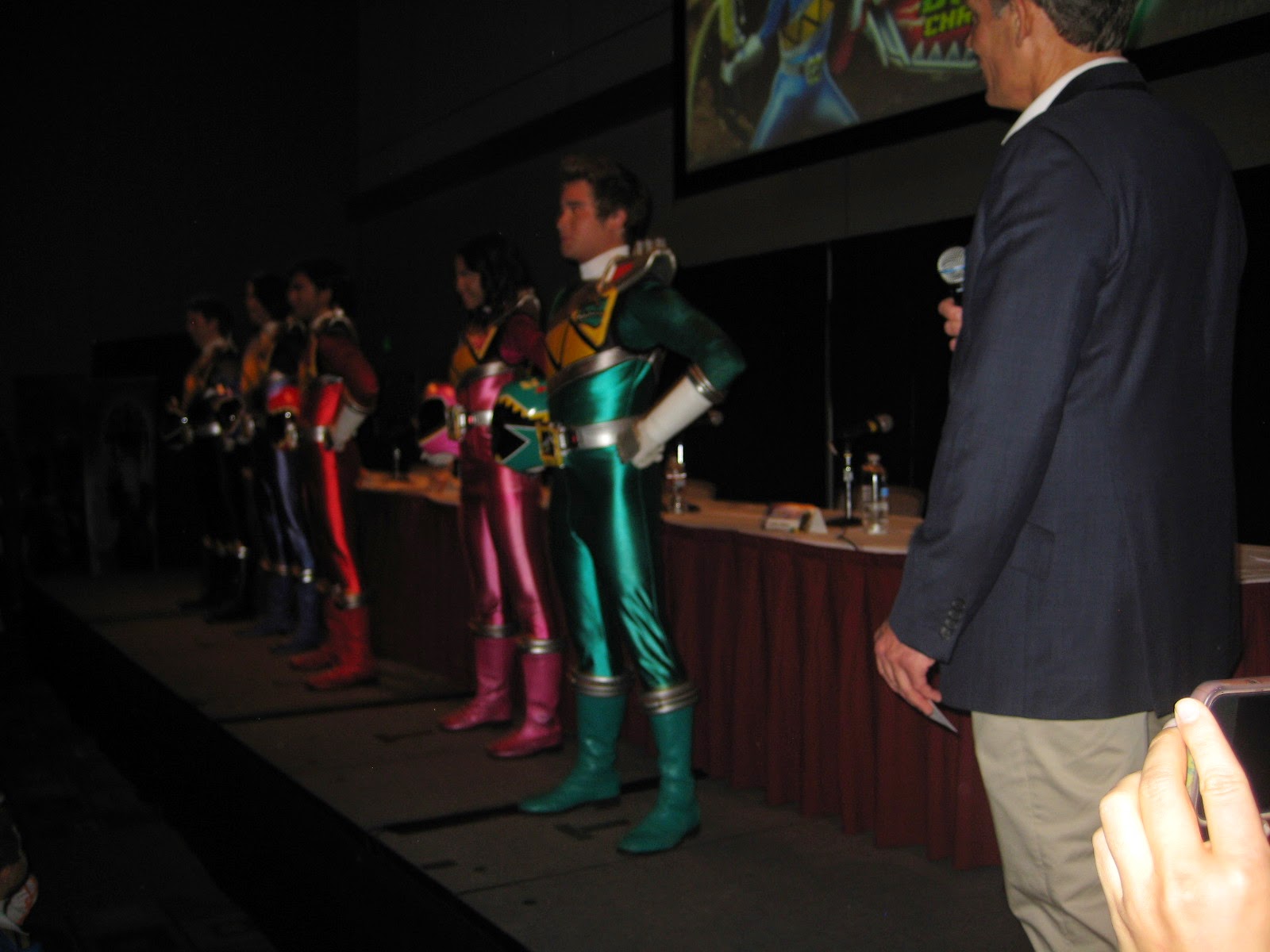 SPD was a cast of four Canadians, one American and one Kiwi (New Zealand). This cast is four Americans and one Kiwi (New Zealand). Camille Hyde is the first African-American female Ranger since 2001, 13 years ago. She is the first African-American Pink Ranger period. James Davies is the first New Zealand Black Ranger (Dan Ewing of RPM is from Australia). Brennan Mejia is the fourth Red Ranger actor of Hispanic origin. Michael Taber is the first Caucasian (White) American Green Ranger since Jason David Frank (Matt Austin of SPD is from Canada).
Related: http://henshingrid.blogspot.com/2010/04/my-dream-cast-mighty-morphin-power.html﻿
﻿
Posted by Lavender Ranger at 5:20 PM

Hi Henshin Grid. Do you have a video to go along with this? Plus, is the pink ranger an African American? That would be the first in PR history! Also the Facebook pictures don't show up when i try to access that page. The links may be broken. Please try to fix that. Thanks. Go Dino Charge!

Yoshi is American or Indonesian?