The second season of Megaforce uses the footage from Gokaiger but keeps the suits of the first season, sort of like the second season of MMPR but if they actually used the Dairanger suits. So since they use the same cast as Megaforce, here I compare them to the Gokaiger. 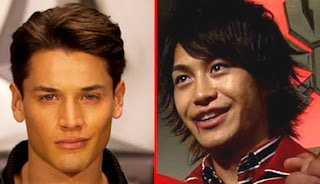 Troy/Captain Marvelous
Troy is the strong mysterious silent type. Marvelous is reckless and seemingly careless but he does care about his teammates. Once Troy had a thing about weapons. Those of you that don't know Gokaiger, Marvelous has handpicked by a hero known as AkaRed, along with a pirate Basco to collect the Ranger Keys. Basco betrayed Marvelous, which got him mad and AkaRed seemingly dead. So Basco had a chip on his shoulder about that and tried not to trust others. He then handpicked Joe, Luka and the others. Troy cared a lot about Robo Knight and become a bit like Alata and a Super Saiyan of Dragon Ball and punched Robo Knight out of it. 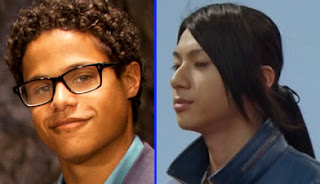 ﻿Noah/Joe
Noah is a smart sci-fi nerd. Joe is a silent bad boy warrior. Joe's backstory is that he was a soldier for the Zangyack and had a mentor by the name of Sid. But when Sid was brainwashed into a cyborg, Joe left and joined Marvelous. When he found out Sid was a cyborg, he made it his mission to fight him and save Sid.﻿ Noah fought and destroyed Argus but there was no connection between him and Noah like Joe and Sid. Noah and Jake switched bodies and Noah created the Super Mega Cannon. 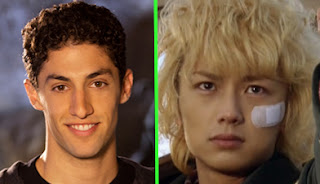 ﻿Jake/Don
Jake is a fun-loving athlete. Don is a scaredy cat but a smart engineer. Don was always a coward but when his teammates were weaken and kidnapped, he stepped up after setting up a rumor he was a great hero. Don was first tricked to help Marv, Joe and Luka but ultimately became their cook and tech guy. Noah created the Super Mega Cannon like Don did the Gokai Galleon Bazooka.
﻿ 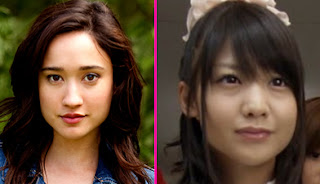 Emma/Ahim
Emma is a BMX riding environment loving sweet girl. Ahim is a regal princess who is very caring and brave. Ahim's planet was destroyed and sought the Gokaiger to fight back. Emma did costume changes to defeat a monster who was stealing happiness just like Ahim did. 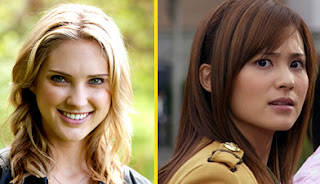 Gia/Luka
Gia and Luka are both tough girls. Luka's planet was made poor and she was homeless along with her departed sister. She was a freedom fighter on her planet. Luka loves jewelry and gold and making money for them. ﻿We learned nothing new about Gia. 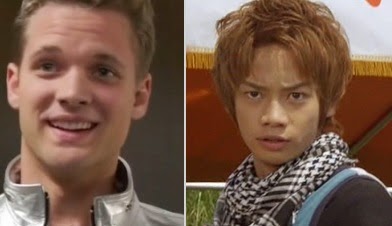 Orion/Gai
Orion is an alien from another planet. Unlike Megaforce where 5 are Earthlings and 1 is an alien, Gai was the only Earthling and the other 5 were from other planets. Gai is a Super Sentai fanboy, informing the others of the teams and making a book for them to follow. Gai saved a child, risking his life and ended up in a coma, being visited by three dead 'Sixth' warriors and given the powers of Gokai Silver. Orion's planet was destroyed by the Armada. Orion found the powers and wasn't given them, he was kidnapped by Vrak and used to make Robo Knight evil. Robo Knight turned good, used his energy to save Orion's lifeforce. Orion left Earth, thinking the war ending, to only come back and help the gang. 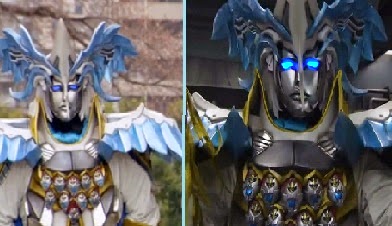 Prince Vekar/Warz Gill
In both series, he is a prince to a great space king. In Super Megaforce, he is related to Vekar. In Gokaiger, he is weak and wants to prove himself to his dad and eventually is destroyed by the Gokaiger/Power Rangers. Vekar mentions his brother Vrak but we never see them in the same scene together. 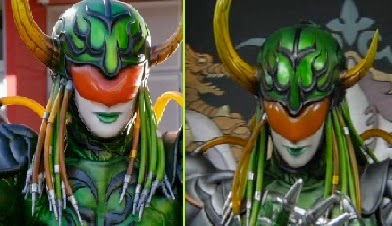 Princess Levira/Insarn
Both are in charge of making the monsters grow. Insarn was not a princess but Levira apparently is. Both had school admirers and fell in love with a human Ranger by accident (Red Racer of Carranger/Jake). She eventually uses a robot against the Rangers and is destroyed by them. 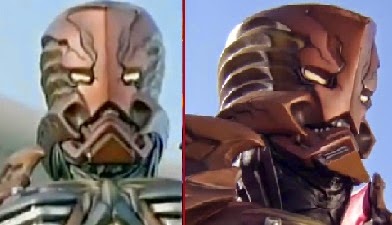 Damaras
He got the same name, both protected Vekar/Gilz. In Gokaiger, he betrayed Warz and employed Basco to take care of the Gokaiger. He ultimately was defeated by Don (Green) of all people in Gokaiger. Damaras in Power Rangers is destroyed by Jake and the Rangers. 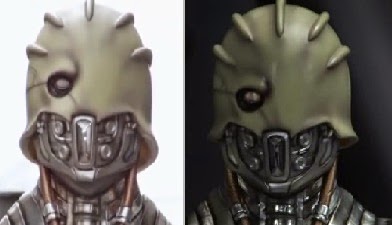 Argus/Barizog
In Gokaiger, he was originally Joe's friend Sid that was brainwashed into the cyborg Barizog. Joe recognized it was him because he did the same finishing attack that Sid used to do. Joe defeated Barizog to release Sid's soul. In Super Megaforce, Argus is destroyed by Noah. He had no connection to the Rangers. 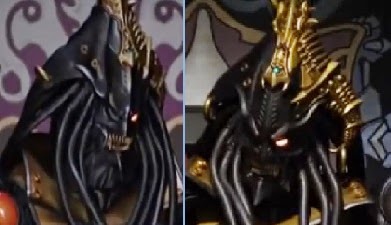 Emperor Mavro/Akudos Gil
In Super Megaforce, he is the father of Vrak and Vekar. In Gokaiger, he is just Warz Gill's dad. Mavro kidnaps Troy and has him inside their warship. Akudos is destroyed by the Rangers in a quarry using super modes of past Rangers. Emperor Mavro is destroyed in the warship by Orion and Troy. While different, Akudos was seemingly destroyed on the warship by Silver and Red, it was continued outside in the quarry while in PR, it ended there (except for the Extended Version that did use the Sentai footage).
Posted by Lavender Ranger at 5:00 PM

I don't think Don's movements in the Sentai footage match up with Jake's personality. I can tell they tried their best to get rid of what they could, but they should have just had an entirely new cast of characters. Or maybe I'd be OK if they kept the other four and replaced Jake with somebody like Ziggy (which would be interesting because it would involve time travel) who fights in the same comical way as Don.