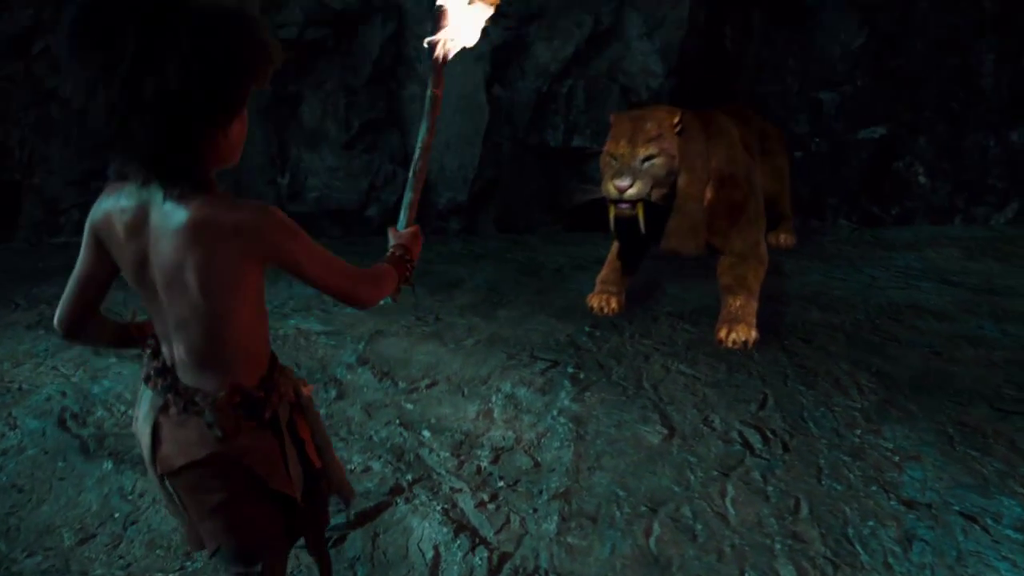 Summary:
Koda was digging and found the Energem all those years ago. He heard a roar and ran out of the caves. His brother was fending off a Sabertooth Tiger near a cliff. Koda hurried to Taku, his brother and took down the tiger and fell in the water, where the Energem glowed and bonded with him. He presumably froze all those years. Koda awakes in present time and is startled by the Dino Cycle. Chase says Australian/New Zealand slang "Squiz" which means "take a look." Chase rides the Dino Cycle, it jumps up, Koda attacks it. Koda is told is relax, Shelby says anything that makes a strange sound is a threat. He then knocks out her phone, which she is upset about. Kendall says he's used to becoming a Ranger but modern things make him nervous. Chase says he rides Kangaroos, Riley says that's Australian, not New Zealand. 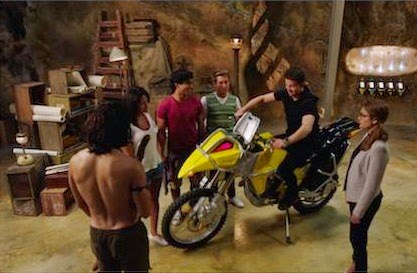 In the evil ship, Fury introduces a monster Slammer to capture stuff. He is sent down to Earth on a smaller ship. Poisandra doesn't want to spend more time on her own. Sledge calls Wrench with a present-Curio, made of old monster parts. Chase is on a skateboard and Koda on a bike with training wheels and falls on his head. They talk on a bench. Koda says it isn't only the bike, others things like TVs, glass and combs that are different. Chase says that he has nothing to worry about. Water sprinklers go on and Koda jumps back. Chase tells him to relax. Koda wonders why the Energem would choose him. A case traps Chase and Slammer appears. Koda kicks the cage and grabs a shovel and fights Slammer. Koda is knocked down and captured along with a little boy. 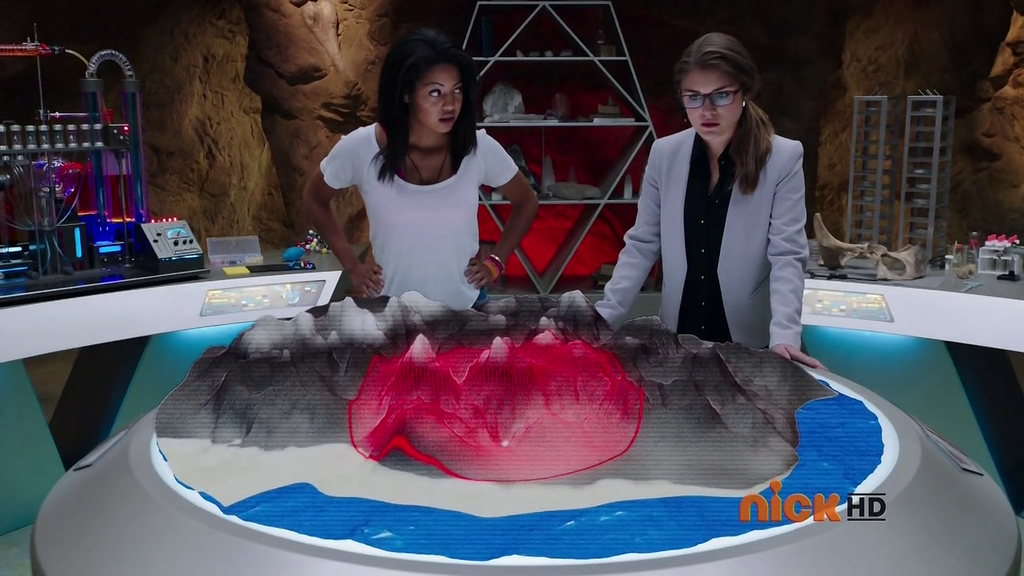 The little boy and Koda appear in a cave. Chase says he can't morph. The boy thinks his leg is broken, the cage landed on the bike and Koda and the boy escape. Koda makes fire real quick. Peter the boy is made to hold the torch Koda made. Chase's Dino Com doesn't work (when do these things actually work?) Koda puts Peter the boy on his shoulder and walks out. Kendall goes to the others in the restaurant and tells them Chase and Koda are late, that they aren't answering the Dino Coms. She sends Tyler and Riley on the Dino Cycles. Somewhere else in the cave, Koda confesses to Peter he protected his little brother. Slammer is upset that Koda escaped and goes after him. 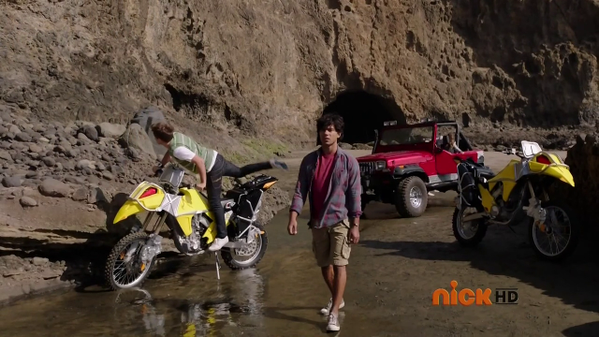 Koda doesn't know what path to take and Peter gives Koda a GPS on his phone. Tyler finds a magnetic field, which must be stopping the Rangers from communicating and morphing. Riley is sent coordinates to the mountain, the girls head that way with a jeep. Peter and Koda find an opening and is blasted by Slammer. Koda reunites with the others. Kendall takes Peter to a hospital. Slammer arrives above them and throws a cage. Koda holds the cage and throws Slammer along with it. The four Rangers morph. They do a roll-call. Viviks fight them. Riley and Tyler fight the monster. The two try the battle mode of the cycles. They take Slammer down. Sledge watches this and has a Vivik fire the Magma Beam and makes the monster huge, blocking the cave entrance. 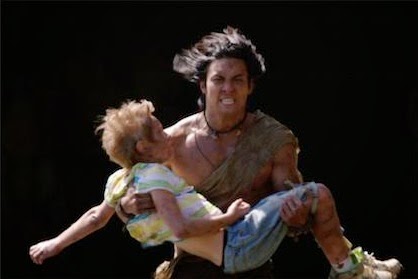 The Rangers from Dino Charge Megazord. Tyler calls Riley to call his zord and Raptor Zord is summoned from a bamboo forest. StegoRaptor formation is made, Triceratops gets out  and Raptor takes her place. Pink stays in the cockpit and Green joins them. Shelby sends Tricera to save Chase. The four do a final strike attack and destroy Slammer. Later, the Rangers take the jeep and see Peter telling the story to some kids. Peter says he was like a Caveman. Peter meets up with Koda and hugs him. His leg seems to be fine. Koda brings him a new Bicycle. Peter wants to teach him how to ride a bike. Koda thinks back to his little brother and rides the bike. 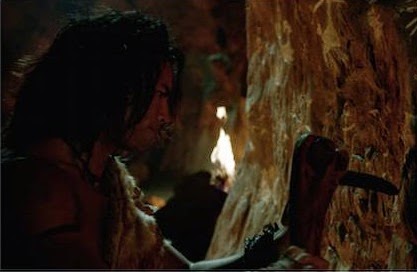 Review:
So we got backstory on Koda. I like how it has flashbacks like RPM but the flashbacks don't take over the episode. An irony is that Slammer was in a slammer to begin with on Sledge's ship. Koda's story of losing his little brother is sad. He saved him once and then never saw him again. A fan even brought up how Chase has been captured and hasn't had much chance to fight. Some fans were saying on how strange it was how Peter healed so quickly but probably his leg was not really broken he is just a kid, what does he know? Anyway, I liked the episode. I don't have much to complain about the episode.
Posted by Lavender Ranger at 6:52 PM

Hey they got two deinochasers..... So they indeed had budget

I wish I knew the budget. Because they got money for CGI for more dinosaurs, a sabertooth tiger, to reshoot the Dino Chargers, re-shoot new cockpits and have two Dino Cycles.

While Megaforce/Super Megaforce did not reshoot footage to replace text, had bad editing, didn't have enough to make a new Mighty Morphin Green helmet. Did have budget to shot Megaforce to Super Megaforce suits. I think the budget was blown on guests and the Goseiger and Gokaiger footage.