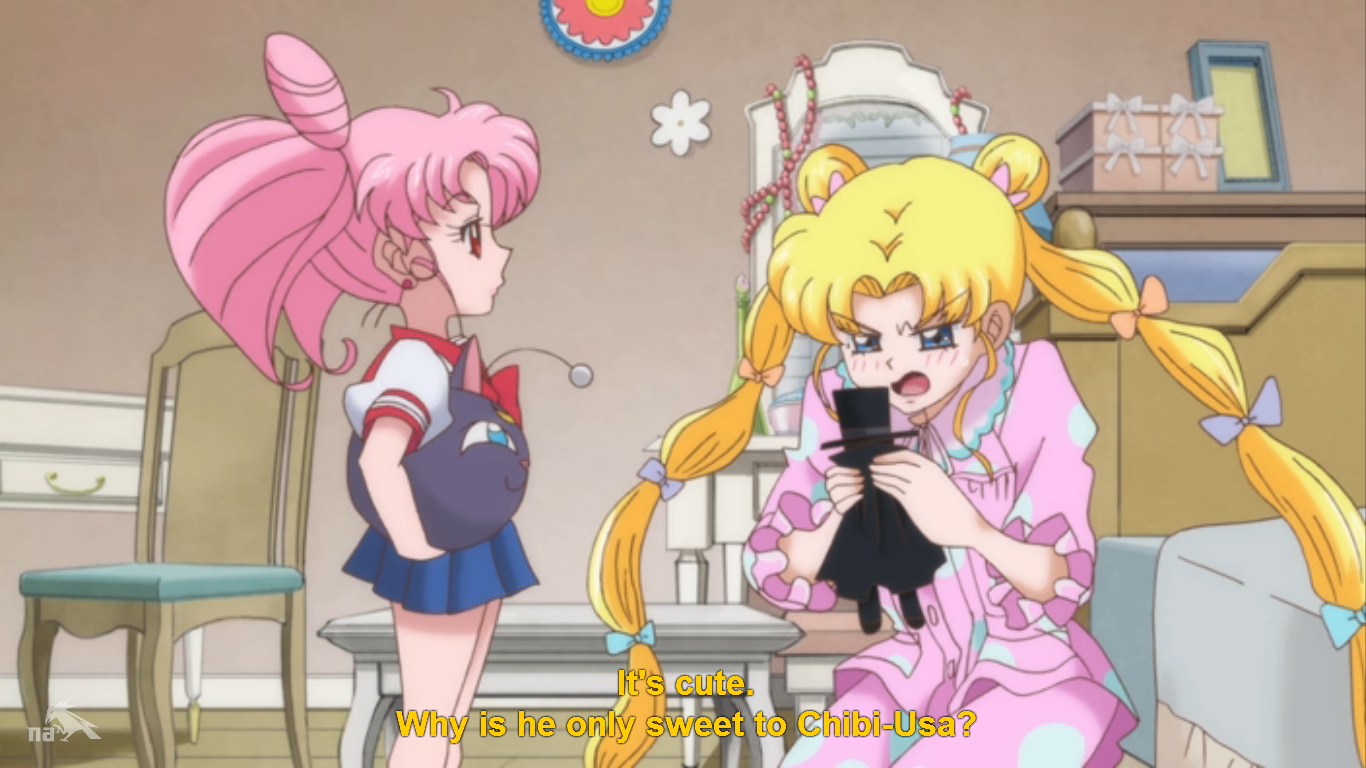 Episode Summary:
Rebeus takes away Mercury in the last episode. Usagi wonders who Black Moon are in her room. Usagi cries. Chibi Usa and Luna P come in to cheer her up. Chibi Usa shows Usagi her Tuxedo Kamen doll, which makes her jealous (much like in the anime). Later, Mamoru waits for Usagi at the arcade and Chibi-Usa has followed her there. Mako has been coughing, Minako meets her with up and they get a signal someone is playing the Sailor V game--which is Chibi-Usa, doing it real well. She gets a lot of candy out of the machine. Motoki gives them Sailor V dolls. The others comment on how they are similar. Mamoru sends Chibi-Usa home. Later in the base, Luna says Chibi-Usa was the one to make Usagi feel better. Artemis and Luna have been trying to track down Mars and Mercury. They figure out that Black Moon is after Chibi-Usa and they can't let them have her. Back at Tsukino household, Chibi-Usa watches Usagi's parents and thinks back to her own parents. Chibi-Usa walks by herself under the rain. Pluto communicates to her through her Luna P about having a fun magic trick, piegons come out of an umbrella which surprise a little girl. The Luna P toy ends up getting broken. Mamoru notices her, he touches her and sees a vision of something exploding. The thunder scares Chibi-Usa. Back at Nemesis, Mercury and Mars are resting. Prince Demande wonders if they are immortal like the Queen. Wiseman says haste makes waste. Rebeus and Petz come in, Petz has a plan to corner Makoto. Demande sees an image of the Queen Neo Serenity in another room. 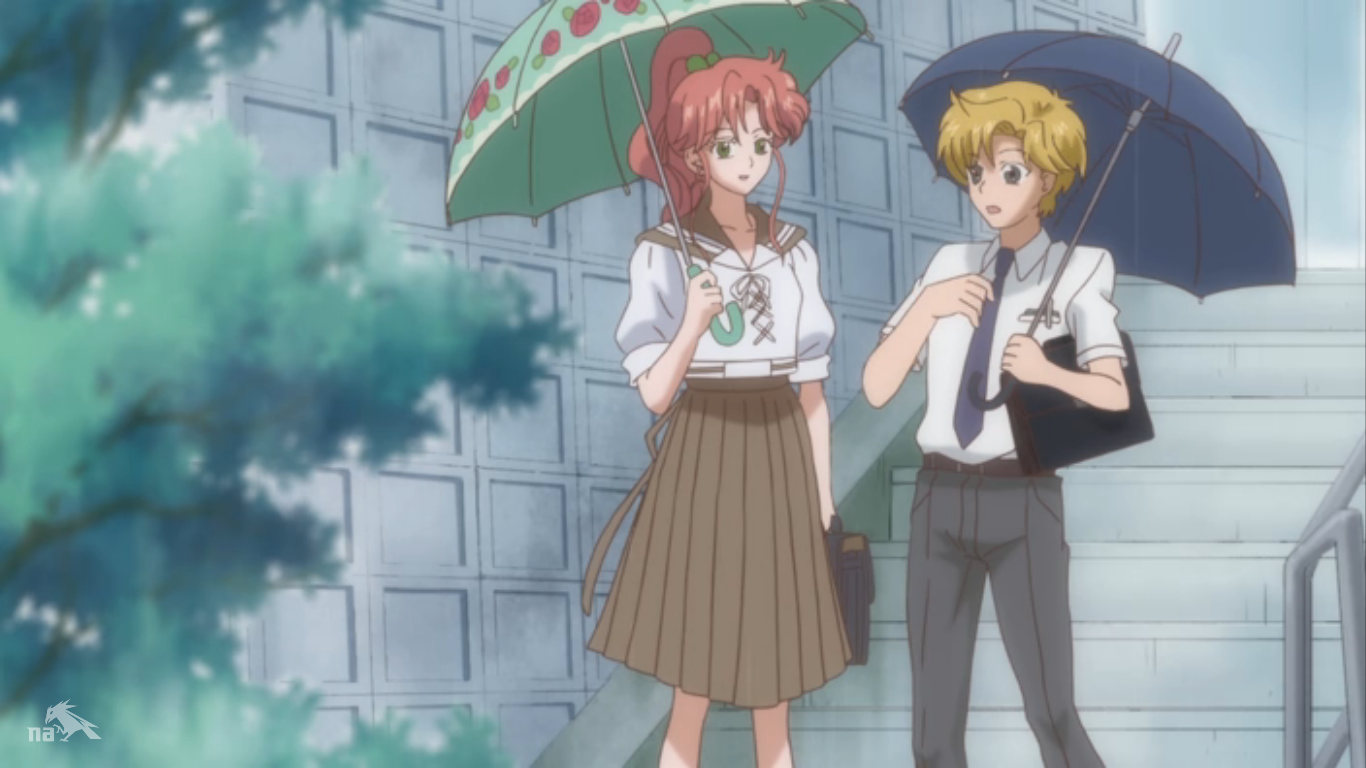 At the café, Mamoru, Luna and Usagi talk. Chibi-Usa is going to school. Mamoru can't fix Luna P. Ittou Asanuma, the kid that Makoto introduced earlier spots them and notices Luna talking and the Luna P making pink dust. Usagi says maybe Chibi-usa knows where the enemy base is. The boy is freaked out. He walks in the rain and spots Makoto. He touches her and he gets 'electric shock' which is more related to her power. They go to her apartment, where she tells him her parents died in a plane crash long ago. She gives him tea. The boy is freaked out because of the talking cat, Rei and Ami missing, and Makoto shocking him, he asks if they are humans or aliens? Makoto says she can't lie to him, that they are human but they are sworn to fight bad guys. She explains it in a sweet vague manner about sacrifice and love. He says he wants to be strong like her, if he had power, he would protect her. She kisses his forehead, he runs out, blushing. 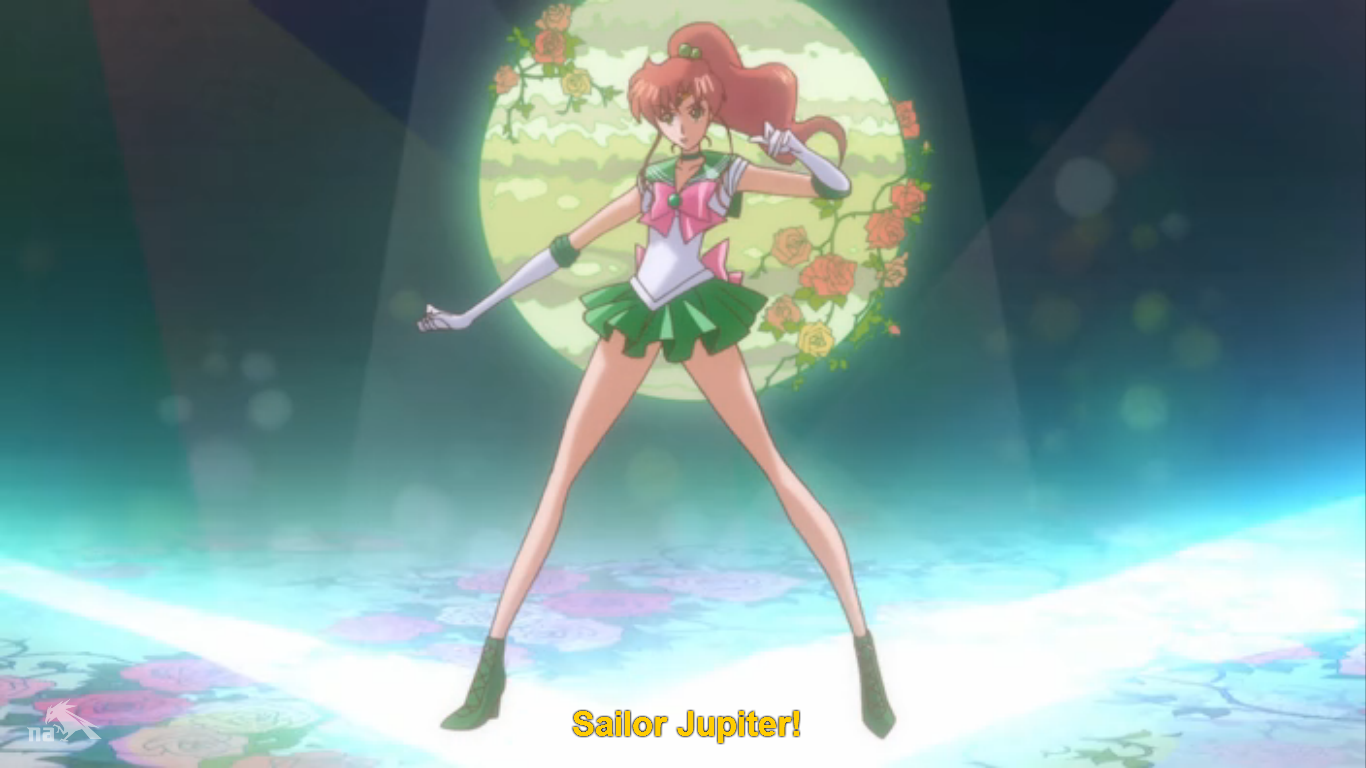 He thinks back to the moment. She does too. He told her he wouldn't tell anyone her story. Her temperature has gone up and news report a typhoon. Makoto faints. Her watch blinks. Luna comments Usagi isn't sick. Minako and Artemis contact them, telling them Makoto isn't answering. Petz sends Droids to replace the sick people. The new Makoto droid strangles Makoto. Usagi and Minako arrive at Makoto's apartment. Makoto transforms into Sailor Jupiter. The other two transform too. Jupiter knocks down the droid. Petz is floating in the air with Droids. Jupiter introduces herself and flies up and fights off droids with Flower Hurricane. Petz sends her attack and Jupiter counters with Sparkling Wide Pressure, taking down the other Droids. Jupiter thinks back to what Asanuma said. Usagi and Minako take down the droids. Moon destroy Petz but Makoto is captured by Rebeus. Venus and Moon are left shocked. Asanuma looks up. 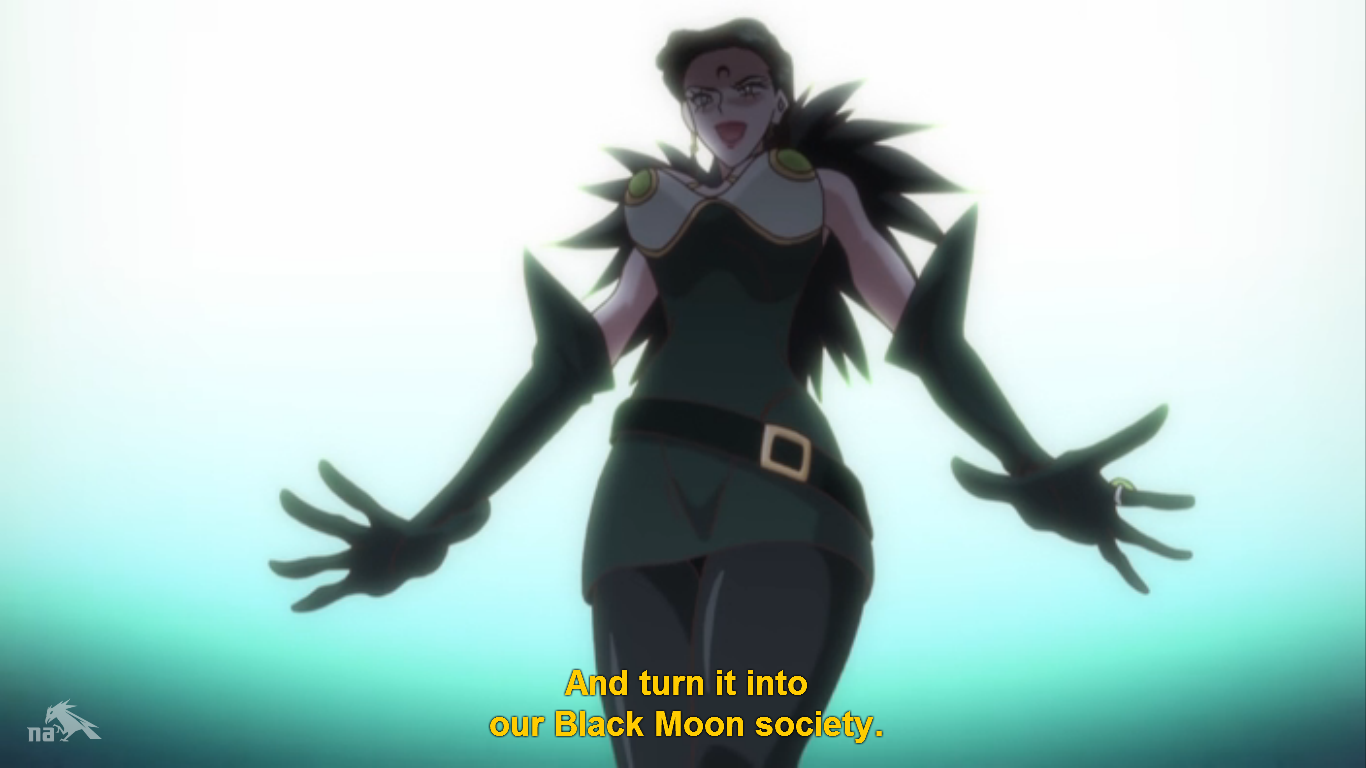 Episode Review:
Usagi says Mamoru is cold, which is more like the first Anime than this one. She acts more like Usagi from the first anime now. Man, does the big Petz have big breasts now. I like how Makoto has electric shock because of her powers and also, her backstory of her parents are explained like the Manga and PGSM, never mentioned in 5 years of the new anime. I liked Makoto's speech and the connection she seems to have with Asanuma. I also like all the images of Neo Queen Serenity and the future, moving faster than the old anime.
Posted by Lavender Ranger at 7:13 PM