5. Trini's "Girlfriend" Problems
As much as I appreciate a character questioning his or her sexuality. But girlfriend problems is sort of vague. Does it mean she does have a girlfriend or had one? Does she have a crush on a girl? What extent did that mean? It would've been nice to see her talking with a girl she liked at least. Also, why didn't her parents hear when Rita was smashing her daughter around in her room. 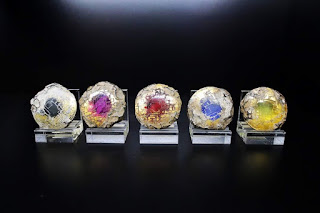 4. Power Coins and Power Morphers
Where were the Power Morphers? There was toys for them but they did not appear in the film. Do they even need them? The whole point of the movie was to build them up to morphing, I get that. And that had to be in the command center ship in order to activate other plot elements but do they even need the power coins anymore? The power coins seemed to activate their abilities and it didn't look like they needed them on their person to have said abilities. It was a bit vague as to the rules. Also people are talking about the lackluster delivery of how Jason said "It's Morphin Time," as if it was an afterthought. We might see this in a future film. 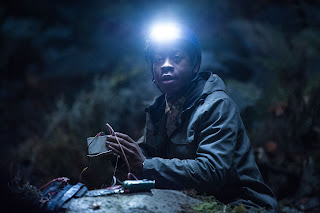 3. How did activating the Morphin Grid give life giving properties?
Apparently if four Rangers could activate the Morphin Grid once they morphed and that could bring Zordon's body back but it wasn't specific to it bringing a life back. And in the show it even seemed to bring anyone back from the dead. It wasn't specific that could bring anyone back to life. Also it wasn't assured that Zordon was dead. Alpha just said his essence was in the ship. I doubt this will be specified in a future film.

2. Zords
Wish we had the zord call (the Rangers calling each zord) and the Rangers jumping into their zords. And wished the 1995 theme went longer. There was an instrumental during the credits, wish that ran through the zord sequence. The movie seemed to avoid Sentai tropes as much as they could like the Morphing call ("Tyrannosaurus!), the role call ("Pink Ranger!"), the zord call ("We need Dinozord power!"), jumping in the zords ("Nice stereo") and the Megazord transformation ("Megazord Sequence initiated"). 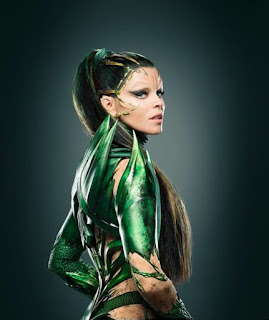 1. Rita's Powers
It was said Rita was a Ranger but not specifically if she was a witch and where her powers came from. Also how did the gold work as she digested some of the gold, how did that get to Goldar? Her levitation and other powers didn't seem to be related to her Ranger powers. As for Goldar, rumor is Lord Zedd punished him and turned him into what he was in the movie. But it wasn't specified. Rita seemed to know him but before. Also, when she was the Green Ranger, was her power of the dragon? Hopefully we will get an answer in the sequel.