Power Rangers Legacy Wars app game was released March 23, 2017, along with the movie and was number one download for a while. I have been playing the game since then and it never occurred to me to review this game. They have constantly updated this game and it is now at version 1.3.5 as released June 21st. 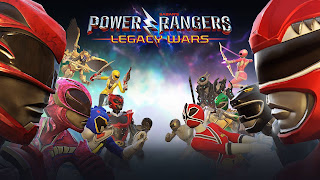 There are Rangers and Villains from the show and movie, each character gets two types. You have to pick three, one is the Leader and two are assists. The Leader gets different attacks and the assists only one attack. There are three types: balanced (yellow), attack (red) and defense (blue). But the assists, if they are labeled as one type, maybe the attack isn't of that type. They can be defense, but have a balanced attack. You have to fill in the spots where your leader is weakest. It is like Paper-Rock-Scissors, Defense beats Balance, Balance beats Attack and Attack beats Defense. 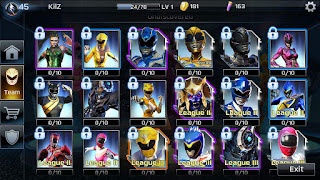 There is also different levels to the characters. There is common warriors, then Rare, Epic and Legendary. Some that are on level one is like a higher level of a common. I forget the numbers. Stages are leagues. The thunder bolt on the top left corner and it goes up by points, you change leagues by how many points. Depending on the points you get a Morph Box and they unlock shards to get a warrior or a warrior themselves. You can buy power coins, zeo crystals and shards but I don't ever pay money. I hear even if you buy a Morph Box, chances are nill to get the Ranger they promise. Also, you can join an alliance, with 1,000 power coins you can make your own alliance. You get more shards and level up if you donate shards to others. 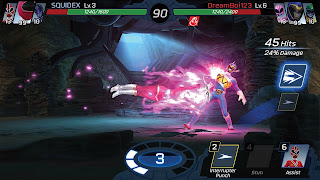 The Pit
League #0, you can get common warriors like:
Leader - Movie Red
Assists - Movie Black, Movie Yellow, MMPR Red, MMPR Pink and Wild Force Black
For me, the Movie Rangers aren't that great, they have no weapons and they often lose. Movie Red has been good for me, but you have to get him to a higher level to get good. He is better at close combat but not far away. MMPR Red as an assist shoots from his Blade Blaster which is strong but easily dodged. 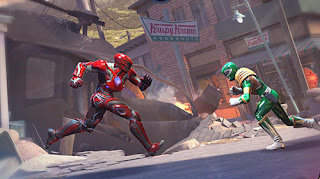 Angel Grove (Movie)
League #1, you can get warriors like:
Leader - Movie Black, Movie Pink, Movie Blue (Epic), Zeo Pink, MMPR Blue, Wild force Black (rare)
Assist: Movie Pink, Super Megaforce Yellow (rare), MMPR Yellow, Movie Rita (Epic)
For me, Zeo Pink and Wild Force Black work great. Black's attacks only work if you are closeby. The weakness of Zeo Pink as a leader is that people can avoid her red ball attack. Movie Rita is great as an assist with her soul steal but I didn't get her until well into league 7. 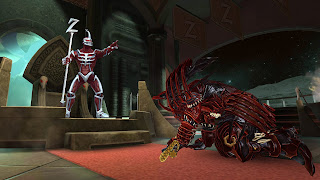 Zedd's Throne Room
League #2, you can get warriors like:
Leader: Movie Yellow, Dino Charge Blue (Epic), Goldar (epic), Lord Zedd (added-rare)
Assist: MMPR Black, Samurai Red Lauren (rare), Xandred, Dino Charge Blue (rare)
Lord Zedd as a leader is great, he is better at close attacks but he can't stay close for too long. He does one far attack. Dino Charge Blue works good for others but for me not so well. Xandred is great as an assist, he blows people away as a defense. You have to get more orbs of Eltar to make his attack stronger. 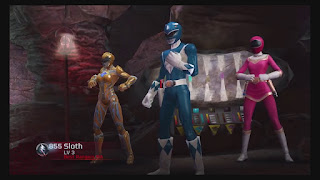 Dino Lab
League #3, you can get:
Leader - MMPR Pink (epic), Snide (Epic), Dino Charge Purple, Super Megaforce Yellow (Legendary), Trakeena (added-Rare)
Assist - Movie Red, MMPR Blue, Trakeena (added-Epic), Goldar (rare)
Dino Charge Purple and Super Megaforce Yellow are great as leader, super strong. Trakeena not so much as both Leader and Assist because her attacks take too long. Goldar as assist is great but he can easily be blocked if you are too far from your opponent. 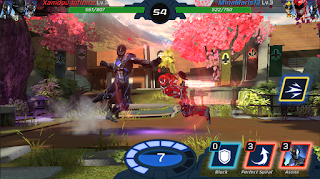 Shiba Grove
League Four, you can get:
Leader: MMPR Red, Red Samurai Lauren, Rita (Legendary), Xandred (rare)
Assist: Movie Blue (epic), Psycho Red (Legendary), Dino Charge Purple (rare), Zeo Pink
MMPR Red is great if you remain close to your opponent. I haven't gotten Rita yet but she beats me every time. Zeo Pink as an assist is great because no matter where you are, she will hit. I haven't got Psycho Red as assist yet, but he seems strong. 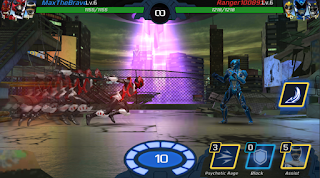 Rooftops
League Five, you can get:
Leader: MMPR Black (rare), MMPR Yellow, Psycho Red (Legendary), Space Silver (added-epic)
Assist: Snide, Robo Knight (Epic), Space Silver (rare)
I don't have Psycho Red as a leader yet but he beats me bad. MMPR Yellow is good as a leader, she's quick but her attack is like a laser and can be countered quickly but packs a punch. Silver is good as a leader and assist, with lethal attacks. As an assist, he blasts from far away but goes close up. 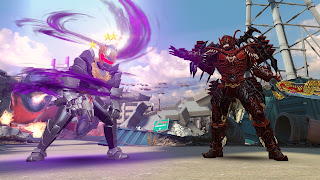 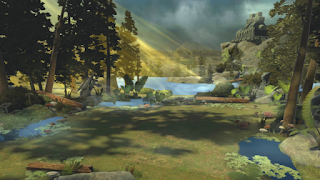 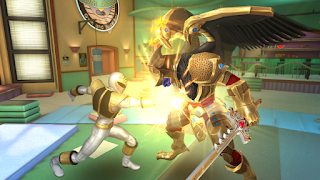 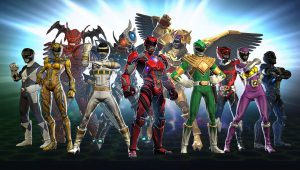 Review:
I like the game. It is addictive. People have complained. They would had rather had this game on console without the Attack-Defense-Balance gimmick with cards. And others don't like you have to pay for stuff. I haven't paid for anything. The thing I hate is that lately I have been losing so I have been pushed back by two leagues. I wished if you were in on league you stay in that league. There is also challenges they give you every so often to get Morph Boxes, some are to get new characters (like Zhane or Rito), some you need an Attacker, Defense or Balanced leader and others have themes (like villains, Movie characters or MMPR characters). I hope this goes on so they can add other Rangers from other seasons. 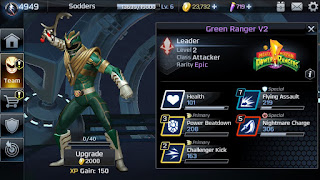 IF you have Loot Crate, you can get this 2nd version of Green Ranger has been revealed, based on cosplayer's design.