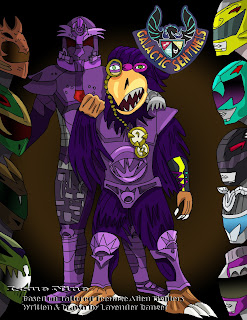 The continued adventures of Rick, Gordon, Laurie, Swinton, and Drew as they travel through time and space to stop an evil genius from merging the dimensions throughout the Multiverse. The Sentinels will also befriend some familiar faces in the process.